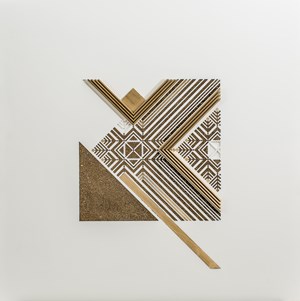 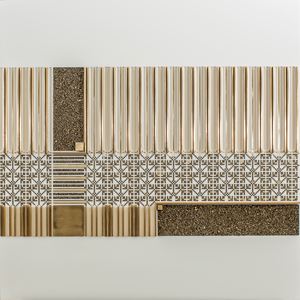 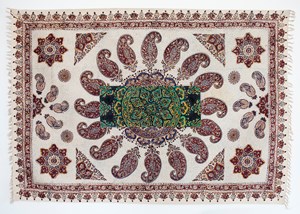 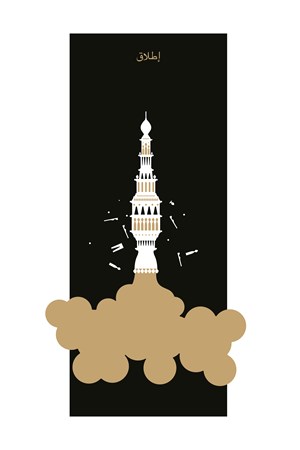 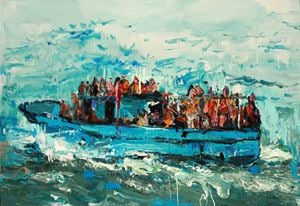 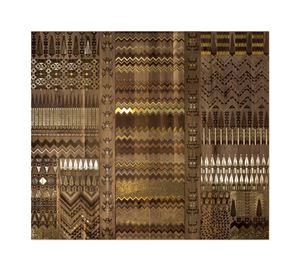 Gazelli Art House is proud to present bahith (seeker in Arabic), the first exhibition of a series that will look at the historic identities of countries undergoing significant socio-political and economic change.

The show opens with Ouroboros, a film developed by Basma Alsharif around the concept of the 'eternal return' and that life is a cycle of recurrences. Influenced by the artist's experience of what is happening to the Gaza Strip, Alsharif forces what it means to witness atrocities against mankind into conversation with other sites and people. Ouroboros will be on display alongside photographic work from her film, High Series.

In a perceived departure from notions of war and strife, the exhibition includes works in stone, wood and brass by the Naqsh Collective inspired by embroidery, a quintessential symbol of Palestine. In an effort to preserve their ancestors' bravura in graphic design and precise layouts, these artists have recreated embroidery lines using materials that will last generations. One of the duo's works, Akka Artwork, will be exhibited for the first time.

Also on display, are works of Farhad Farzaliyev that consider nostalgia for the Soviet Union. In his Memory Inversion, textiles originating from different periods in the history of Azerbaijan are stretched on frames and then painted. The sleeping blankets, curtains and sheets remind him of his childhood.

Continuing on the topic of self-identity, Orkhan Huseynov presents tradition in an unchartered context encouraging the viewer to consider what happens when the tendency to place origin as a defining factor is shattered. Similiarly, the Ghasemi Brothers exhibit paintings reinforcing their belief that art plays a role in elucidating how the public views the struggle of the displaced as they assimilate abroad.

Finally, with a pinch of satirical flair, Amir Khojasteh exhibits expressionist portraits of well-known figures. It is up to the viewer to interpret the faces, illustrating society's diverse attitudes and perceptions.

'We are very excited to be working with bahith exhibiting artists, many of whom are showing for the first time in London,' says Gazelli Art House CEO & Founding Director, Mila Askarova.

Amir Khojasteh plays with the idea of violence and power, dictatorship and sacredness of fear, and represents it through fantasy, dark humor and expressive painterly style simultaneously. He also refers to art history, popular culture and his personal life in his works.

Basma AlSharif attempts to break from the confines of one particular perspective or retelling of history. Her efforts to understand a future beyond what is remembered as history, are grounded in a realism which questions the cycle of renewal and destruction intrinsic to the ouroboros-the snake eating its own tail.

Ghasemi Brothers have been working together since 2015 as a collective that includes Morteza, Sina and Mojtaba Ghasemi Sheelsar. The trio works together on a single piece, painting objects reminiscent of their native city, the coastal area of Bandar Anzali.

Naqsh Collective was founded in 2009 in Amman, Jordan, by two sisters Nisreen and Nermeen Abudail. Their name means 'engraving: the first form of art done by a human to leave his print'. In 2018, the duo was shortlisted for the Jameel Prize 5.

Orkhan Huseynov is an artist who is equally prolific in painting, drawing and many other media. From the outset, the focus of his work became his love of his country's folk tradition and history. Culture, art, everyday life, monuments, and traditional games-all find reflection in his works.