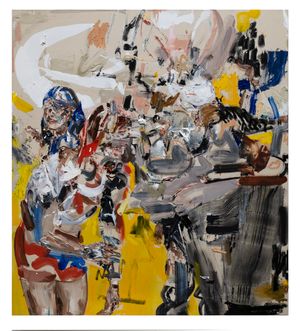 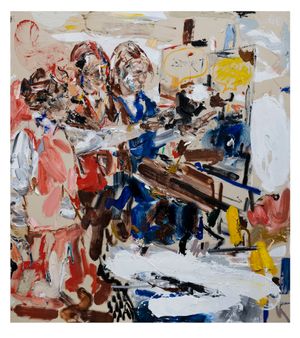 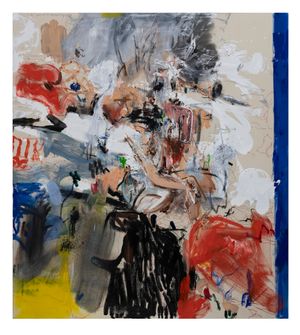 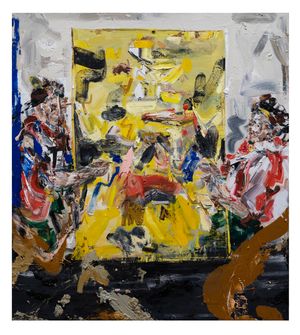 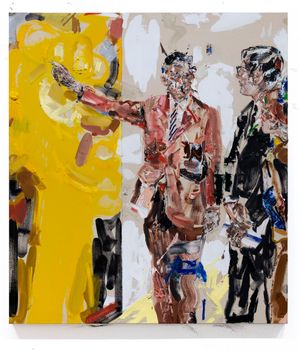 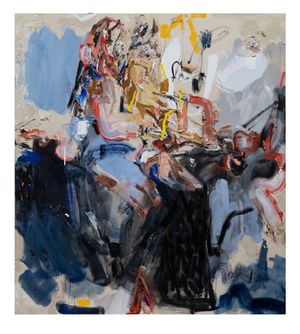 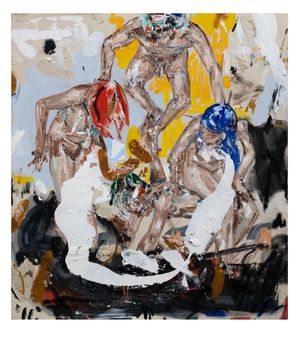 Huxley-Parlour gallery are delighted to present their first exhibition with American artist, John Copeland, opening in May 2021. The exhibition will include six large scale paintings, and will be Copeland's most ideologically wrought, and formally succinct to date.

Copeland's work continues a postmodernist project of interrogating an increasing distance between surface and substance, routine and the existential state of being. Whilst Copeland's work has always trod heavy psychological stomping ground: the death drive, media and the art world, parties and play, spectatorship, and the psyche, Heavy Reverb is Copeland's most ideologically incisive to date, fine tuned over the pandemic months: 'These works are the result of a merciless period of trying to get to the heart of it. Trying to recalibrate the balance, while at the same time ending up somewhere new'.

Tactile and tangible, the surface of Copeland's paintings relate directly to the the fleshy corporeality of the forms that pervade his imagery. The works in the exhibition are each playful explorations of the act of looking: figures engage with easels and canvases, jostling for space with pastiches of the space in which they themselves inhabit. Heavy Reverb is a confrontational exhibition, asking viewers to question their own place amongst images in the 21st century.

Born in California in 1976, John Copeland studied at the California College of Arts and Crafts, where he gained a BFA in 1998. Copeland's work has been exhibited internationally in Copenhagen, Bologna, Zurich, New York, Leipzig and most recently at the Newport Street Gallery in London. He lives and works in New York.

Sign up to be among the first to know when new exhibitions by John Copeland or at Huxley-Parlour open.