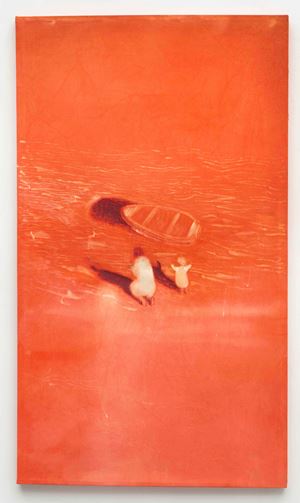 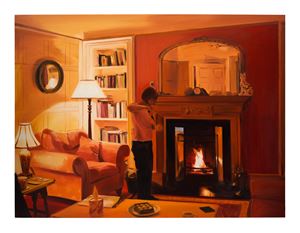 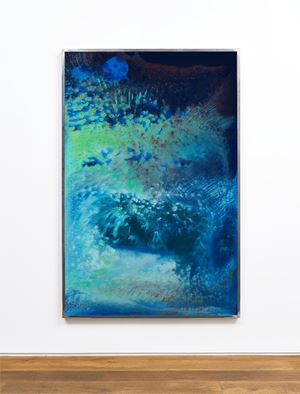 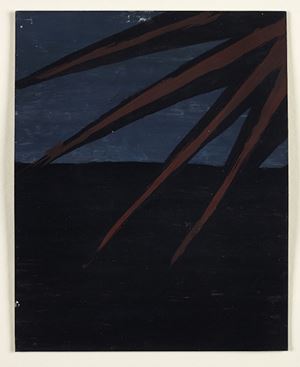 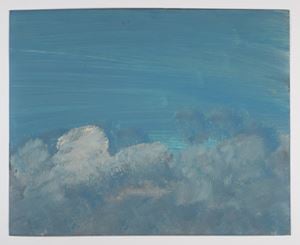 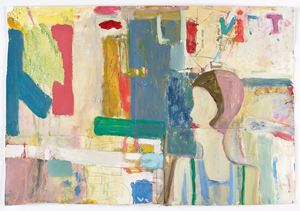 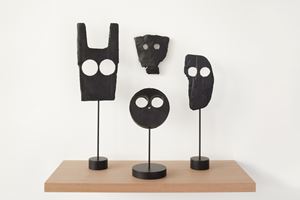 Ingleby is delighted to be taking part in the inaugural week of exhibitions at Cromwell Place in South Kensington. Cromwell Place has been developed over the course of the past four years as a world class gallery hub, and opens its doors for the first time in early October for what would normally have been Frieze week. Of course, this year, there is no Frieze, other than online, but having grown a bit weary of virtual viewing rooms over the past months, we decided to give our Frieze London presentation a physical presence by taking one of the gallery spaces at Cromwell Place from 5th—11th October.

The presentation will be focused on new painting from Scotland by Andrew Cranston, Kevin Harman, Lorna Robertson and Caroline Walker. Cromwell Place will host a VIP week from 5th October, with the galleries open by appointment to the public from 10th October.

Andrew Cranston was born in Hawick in the Scottish Borders in 1969 and currently lives and works in Glasgow. He studied at Grays School of Art in Aberdeen and at the Royal College of Art in London. Cranston has described himself a story-teller of sorts, but without a clear story to tell: his narrative paintings drawing on a combination of personal histories, literature, second hand accounts, images from cinema and observations of life. These moments or 'pockets of history'—as Cranston puts it—are woven together with an extensive knowledge and curiosity regarding the history and process of painting. The resulting images may at once nod to Becket or Brueghel; reference the words of James Joyce or the graphic line of Toulouse Lautrec; or recall the intense interiors of Vuillard, Bonnard or David Lynch. Cranston often works directly onto the linen covers of second-hand hardback books, sometimes bleaching the surface of the linen or manipulating his materials in layers of paint, varnish and collage. 'Painting is a form of time travel' he has said '...of conjuring up the past. Places, spaces, people and imagining new possibilities. It is magic' A painting may be begun, discarded, revisited and resolved over a period of years, until something essential coalesces.

Kevin Harman was born in Edinburgh in 1982 and grew up in Wester Hailes on the south west edge of the city. He studied at Edinburgh College of Art (2003–2010) where he obtained his MFA and BA Hons in Sculpture. His works have been shown internationally since 2013. He received a Demarco Travel Award from the Arts Trust for Scotland in 2008, a Cultural Engineer Award from Honda in 2011 and was a selected artist for 'New Positions' at Art Cologne in 2013. Harman has said, 'I like the viewer to be involved at every level; conceptually, technically and physically'. His work has elements of performance and an engagement with found materials and environments, he describes himself as a 'creator of situations'. A new major exhibition of his work will be staged by Ingleby in January 2021, accompanied by a new book which includes an interview between the artists and the writer Irvine Welsh.

Lorna Roberston was born in Ayr on the west coast of Scotland in 1967. She studied at Duncan of Jordanstone College of Art in Dundee and currently lives and works in Glasgow. Her densely coloured paintings, often made with a combination of oil paint and collage, have a distinctly nostalgic tone; shimmering female forms with swinging skirts from the 1950's or bonneted bathers from the 1920's jostle with richly described interiors; and crowded table tops. 'My paintings' she says 'sit somewhere between abstraction and figuration, a tangled game of hide-and-seek that plays with the visibility and readability of an image. I often paint to find out what to paint, creating harmonies and tensions through placement of shape, specificity of colour—the process itself becoming an act of revealing'.

Caroline Walker was born in Dunfermline, Fife, in 1982. She attended Glasgow School of Art between 2000 and 2004, and completed her MA at the Royal College of Art in 2009. She is best known for her striking and cinematic paintings of women going about their lives in public and private spaces. For her most recent body of work, shown for the first time at Ingleby this autumn, Walker turns her attention close to home with a series of paintings that focus on her mother Janet as she goes about her daily domestic tasks in the Fife home where the artist grew up. As Hettie Judah writes in an essay in a new book published to accompany the series: 'While Janet extends Walker's interest in women's work, the series is also a loving undertaking. The artist offers her mother with great pride, both in particular, and on behalf of other mothers over-looked and working out of sight.' Recent and forthcoming exhibitions include Kettle's Yard, Cambridge, UK; the Whitechapel Gallery, London, UK, the Midlands Art Centre, Birmingham, UK and the ninth edition of the British Art Show. She is represented in a number of important public collections including the National Museum Wales, Cardiff, UK; the UK Government Art Collection, London, UK; Kistefos Museum, Jevnaker, Norway and AKZO Nobel Art Foundation, Amsterdam, the Netherlands.

Sign up to be notified when new artworks and exhibitions at Ingleby Gallery are added to Ocula.