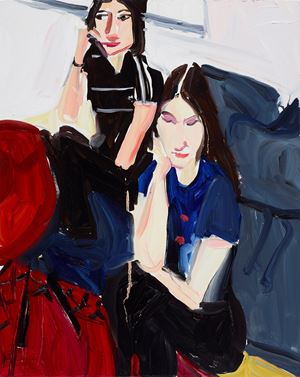 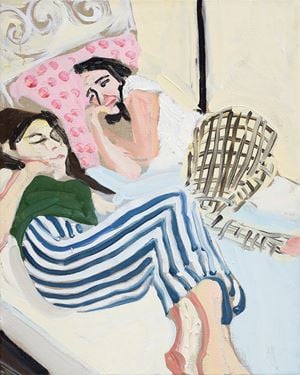 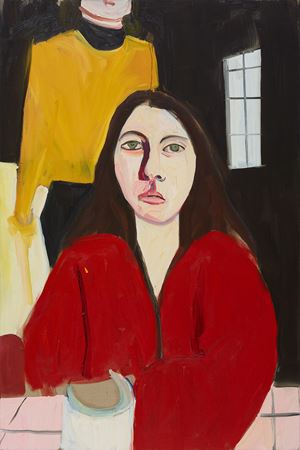 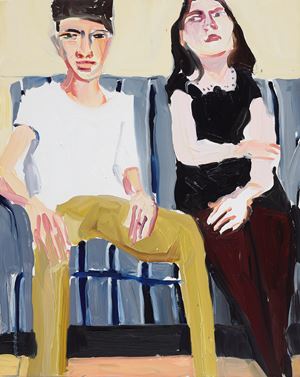 Lehmann Maupin is pleased to announce Teenagers—an exhibition of new works by American-born, London-based artist Chantal Joffe. For her first exhibition with Lehmann Maupin and her first solo show in Seoul, Joffe has produced a new body of work around the theme of teenagers. This series investigates the choreography of display and the ways individual appearances are carefully constructed and codified, whether in a fashion magazine or the family album. Joffe offers a witty neutrality to her subjects, giving equal billing to catwalk models, porn actresses, mothers and children, loved ones, and literary heroines. Teenagers invites us to question our assumptions about what makes a noble subject and challenges our expectations of what feminist art might be. There will be an opening reception for the artist on 12 November2020, 5–7 PM.

Joffe is best known for her ability to bring a combination of insight and integrity, as well as psychological and emotional force, to the genre of figurative art. Whether in paintings a few inches square or ten feet high, her deceptively casual brushstrokes and ability to combine fluidity with a pragmatic approach to representation seduces and disarms. Almost always depicting women or girls, sometimes in groups, Joffe's paintings only tenuously adhere to their source material―be it a photograph, magazine page, or even a reflection in the mirror―instead reminding us that distortions of scale and form can often make a subject seem more real. Tensions between the scale of the work and the apparent intimacy of Joffe's scenes heighten already complex narratives about connection, perception, and representation. These narratives, implicit in the relationship between artist and subject, are extended to the viewer as a series of propositions and provocations.

For Teenagers, Joffe presents a series that documents the vulnerability and insouciance of adolescents. The boys and girls depicted avoid a direct gaze, glancing to the side or looking at the floor from beneath heavy-lidded eyes, with arms and hands awkwardly poised as though the subjects are uncomfortable in the skin of their rapidly-changing bodies. The paintings portray a sense of intimacy―friendships budding or relationships and self awareness maturing. The psychology of Joffe's portraiture is elusive, her subjects often pensive and sometimes self-absorbed. Laying bare the physical effort of their making and suffused with a palpable empathetic warmth, Joffe's paintings deeply question ever-shifting human connections and the endless intricacies of looking. Ultimately, the subject of Joffe's painting is life: she charts the process of living and ageing, tracing the difficulties, disappointments, and small victories to be subtly decoded from the faces and gestures of her painted subjects.

During the 1990s, Joffe gained attention for her small-scale paintings of pornography in which she practiced precision and rigorous self-editing: 'I wanted clear, bright colour, clean lines between light and shade. The subject matter was wild enough, but I wanted to contain my own expressiveness in this very deliberate way.' This expressiveness has become Joffe's signature style―though she veers in scale between the miniature and the larger-than-life, her scenes of leisure and domestic life are gestural and created with broad brushstrokes that leave a residue of wet paint tracking down the surface of the painting. Interested in nature's entire reproductive drama, Joffe transitioned to works related to motherhood following the birth of her daughter Esme in 2004. Building upon a fundamental interest in the intimate and the desire for parents to capture their children as they grow and change, Joffe's work has since evolved to turn its attention toward teenagers, the focus of her show at Lehmann Maupin.

Sign up to be among the first to know when new exhibitions by Chantal Joffe or at Lehmann Maupin open.