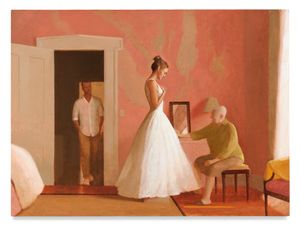 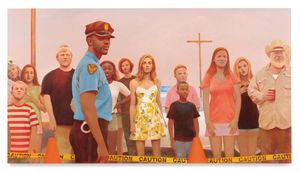 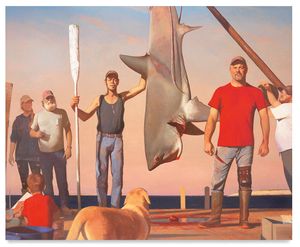 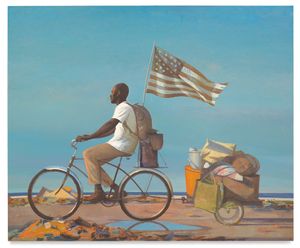 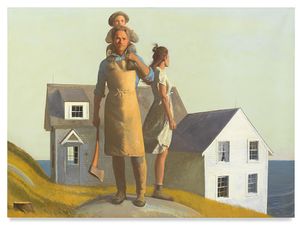 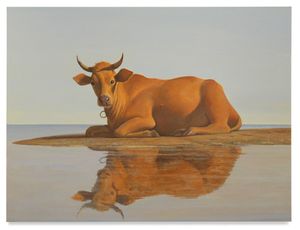 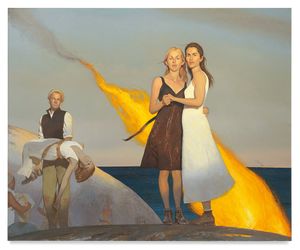 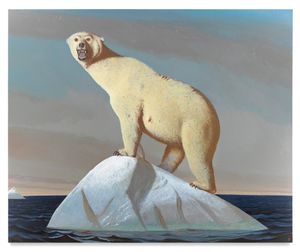 NEW YORK, NEW YORK–MILES McENERY GALLERY is pleased to announce an exhibition of recent paintings by Bo Bartlett, which will open 13 May at 525 West 22nd Street and remain on view through 19 June 2021. The exhibition is accompanied by a fully illustrated catalogue featuring an essay by Matthew Jeffrey Abrams.

'A good painting is a good question. It is not an answer. Unlike a Norman Rockwell, my paintings most often are not easily read in one hit. They are multi-levelled and open to interpretation. There are narrative elements, but unlike illustration they raise more questions in the viewer than they answer,' declares Bartlett.

The artist's large scale oil paintings are visions that exist among the everyday and the extraordinary, elevating the magic of ordinary life. With reference to Norman Rockwell and Andrew Wyeth, they are familiar in their AmericanRealist appearance, yet, have a curious, modernist twist that transcends time. Abrams elaborates, 'Bartlett paints strange, beautiful, disquieting scenes. They are delicate and austere. They are also humorous and bizarre. And nearly all of his new works seem to inhabit a shared world: a sort of nameless, indistinguishable, dreamscape America.'

Bartlett invites the viewer to engage with the works imaginatively and become acquainted with the cast of his compelling narrative works. In Crowd Scene, we are confronted with the arresting glances of a group of characters that, although their story is not entirely clear, we are enticed to enter their dreamlike reality. A proficient and cultivated storyteller, Bartlett details the scene in Matinicus, 'The themes recur in real life and play out in the art. I was thinking about Picasso's fishing paintings from the South ofFrance, American Gothic by Grant Wood, and Watson and the Shark by Copley. This is everyday life on an island twenty-four miles off the coast of Maine–real, rugged, life and death, but the inhabitants gather and help one another and make a festival of these occurrences.' Whether warm, melancholic, or jubilant, Bartlett's masterful paintings enrich the viewer's curiosity and allow one to view their life, world, and society differently than before.

BO BARTLETT (b. 1955, Columbus, GA) received his Certificate of Fine Arts in 1981 from the Pennsylvania Academy of the Fine Arts and received a certificate in filmmaking from New York University in 1986.

Sign up to be among the first to know when new exhibitions by Bo Bartlett or at Miles McEnery Gallery open.
Sign Up