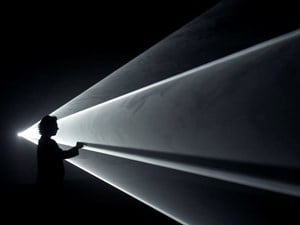 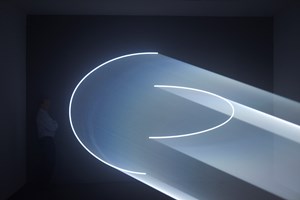 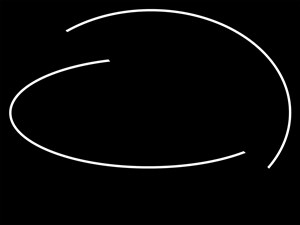 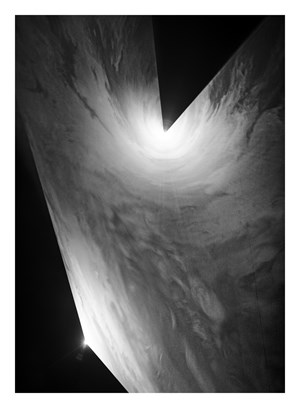 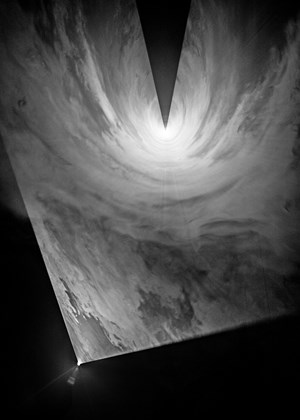 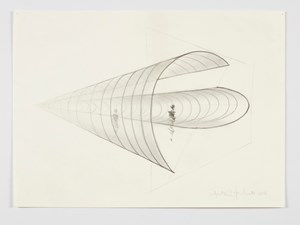 Anthony McCallStudy for Meeting You Halfway (II), 2009Graphite on paper
39.5 x 55 cm
Not for sale Sprüth Magers
View More Works By This Artist

Sprüth Magers presents a solo exhibition by British born, New York based, Anthony McCall, to coincide with a major survey of his work at The Hepworth Wakefield. On view in the lower galleries is the solid-light work Meeting You Halfway II, 2009, as well as a selection of large-scale silver gelatin photographs from Smoke Screen, 2017—an entirely new series that marks a departure in the artist's practice.

Anthony McCall began his career in the UK making landscape performances and performative film and photographic works, before moving to New York in 1973. The same year, he initiated the solid light series with his seminal Line Describing a Cone, in which a volumetric form composed of projected light slowly evolves in three-dimensional space. He became associated with the London Filmmakers Cooperative in the 1970s and showed work there including the five hour solid-light installation Long Film for Four Projectors.

After a long hiatus, McCall returned to his solid light works in the early 2000s, and began a new series. He moved to digital animation which enabled him to animate more complex interactions, and he used haze machines to ensure the visibility of his projected forms. He began making vertical as well as horizontally oriented installations. These immersive, sensory installations could be said to occupy the liminal spaces between sculpture, cinema and drawing.

In the basement gallery, Meeting You Halfway II, 2009 projects two identical partial ellipses, that expand and contract at different speeds, angles and proportions from each other. Occasionally the forms and mobile planes of light align perfectly, but only ever for a fraction of a second. Visitors are encouraged to actively manipulate the changing light constellation by physically passing through it, thereby navigating the shifting environment within the exhibition space. The dialogic nature of Meeting You Halfway II is characteristic of the immersive and participatory conditions that are so celebrated in McCall's oeuvre.

On view in the lower-ground space are five photographs from McCall's newest series, Smoke Screen, 2017. These photographic studies are meditations on the "smoke" that has been central to McCall's practice during the near-fifty years since he developed Landscape for Fire, 1972-1974 and started the solid light series of the 1970s. Until now, this crucial component of the artist's practice has not been explored formally in isolation. Smoke Screen had its roots in Swell, 2015, an installation that McCall made for the Nevada Art Museum. The forms within the photographic series, though close to one another, reveal the striking evolution of the smoke's drift, capturing its mesmerizing meteorological effect in two-dimensional form. Unlike many of McCall's earlier graphic series, Smoke Screen is non-sequential and each image is autonomous. Two further works from the series, as well as a number of solid light works, are on view in Anthony McCall: Solid Light Works at The Hepworth Wakefield, West Yorkshire, from 16th February to 3rd June 2018.

Sign up to be among the first to know when new exhibitions by Anthony McCall or at Sprüth Magers open.