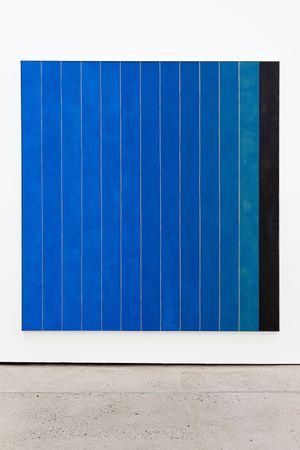 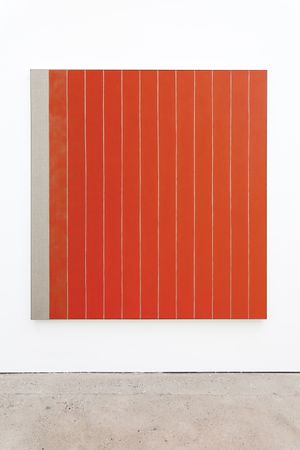 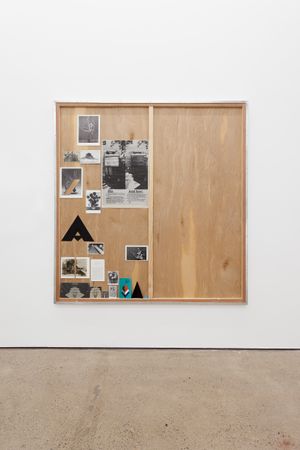 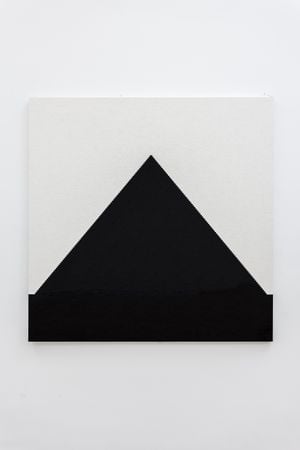 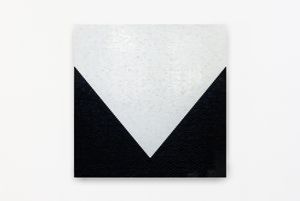 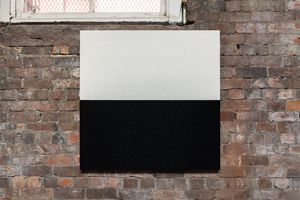 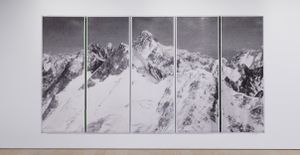 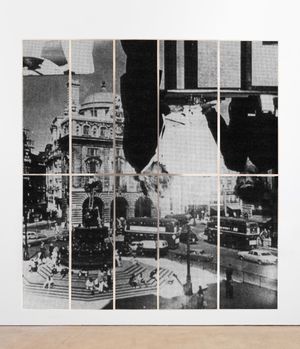 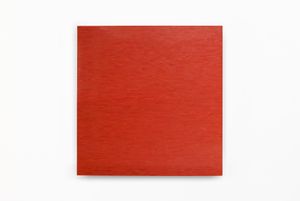 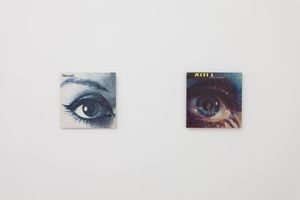 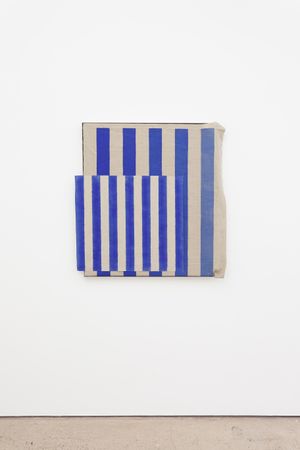 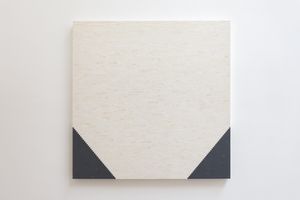 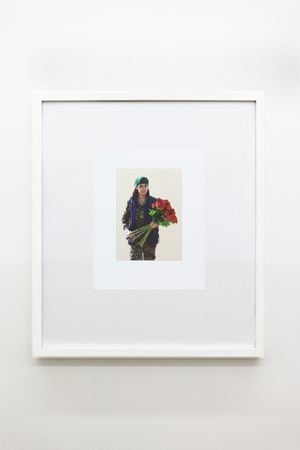 The Modern Institute presents an extended reality (XR) exhibition by Michael Wilkinson on the Vortic Collect platform. Throughout his works, Wilkinson examines the structures of power and governance that control political and social expression. Inspired by pop culture, art history, radicalism and anarchy, Wilkinson consistently revisits moments of resistance, protest and upheaval through the source material he collects, dissects and reproduces. In his meditative, meticulous approach to making, Wilkinson creates constructions that undermine and 'unbuild' a reading of history that adheres to a prescribed, linear narrative.

Recent works under the collective title Pyramid/Wall are the latest iterations of Wilkinson's ongoing series made from second-hand Lego bricks, deliberately selected for possessing an idealised quality that real bricks lacked; therefore being closer to structure as concept. These sleek, vertically symmetrical works constructed in stylised, monochromatic palettes at first appear calculated, impenetrable—oppressive even—yet, upon closer inspection, the stark surfaces are irregular, stained and worn. This ageing mimicks that of stone or suggests a shallow depth, and a reminder of its handling by generations of children; thus, uncovering moments of human recognition. Described as the first technology, the brick is also a resource used to protect and to dominate, a theme that may seem at odds with the playful nature of its material as a child's toy, in turn acknowledging a tension between work and play—and by extension the disciplining of aimless activity by institutional power and hierarchy.

Some works in the series exploit the bold primary colours to create flag-like abstractions, a symbol of something claimed or of the conqueror themself. Alongside this, images of a pyramid inverted or closely cropped, where on occasion there are suggestions of multiples enclosed and surrounded by others, is often associated with the ideal of an architecture of power—such as fortresses, temples and tombs. While these sublime images of power are all explicit symbols of hierarchy, Wilkinson challenges the power dynamic, as containing within them is a formal affinity with the letter A, a suggestion of its antithesis: anarchy. Similarly, the representation of authority is evident in Wilkinson's large striped paintings. The thirteen gradated and regimented stripes that stain each linen surface not only physically separate space but offer oblique references to the stigmatising separation of incarceration, and echo the increasingly divisive symbol of the American flag; the narrow channels of unstained linen threatened to be overrun by the rich colours.

Drawn from disparate sources, Wilkinson recalls images of flowers—colour drained, form cropped and context reimagined—their constancy intended not to commemorate orcelebrate specifically, more to offer a general reflection on the cyclical nature of social and political crises. Indeed, the consistently asymmetrical placement of these images in Wilkinson's work, offer a clear contrast to the voids of colour and form found elsewhere in his surfaces. A powerful illustration of the asymmetry found in the domineering power structures Wilkinson strives to interrogate.

Finally, another manifestation of power is the notion of capitalism as terrain, specifically as a mountain. Sourced from books, found photographs, and advertisements, the artist often incorporates mountaineering imagery and equipment as symbols of power and capital, a concept inspired by the cover of Leaving the Twentieth Century, an anthology of writings published by the influential twentieth century revolutionary group, the Situationist International. In Gasherbrum, Wilkinson combines this reference with an image from a book by famous climber and author Reinhold Messner. The artist has enlarged the original photo and printed in long vertical strips to create the effect of an exterior seen through bars. As the half-tone dots become a visible part of the work, the viewer is at odds with the immense scale of the mountain and must choose between reading the dots and reading the image itself: the subject is simultaneously too close and too far. This manipulation of perception is further emphasised by the two record sleeves of printed eyes, positioned in a way that transforms the flat expanse into the recognisable features of a face - a face whose constant and unavoidable gaze reads as though the work within was looking out, challenging as the viewer's eyes meets it.

Mountains of The Mind

Sign up to be among the first to know when new exhibitions by Michael Wilkinson or at The Modern Institute open.