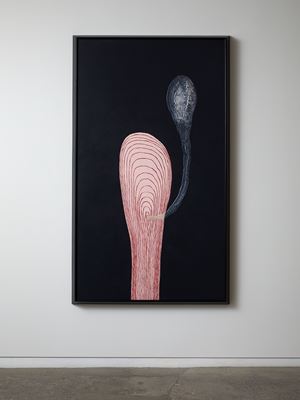 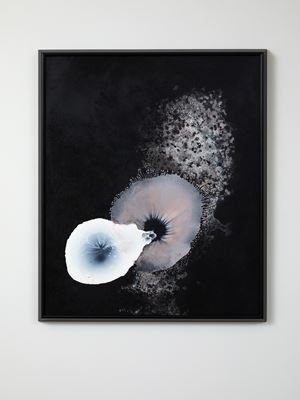 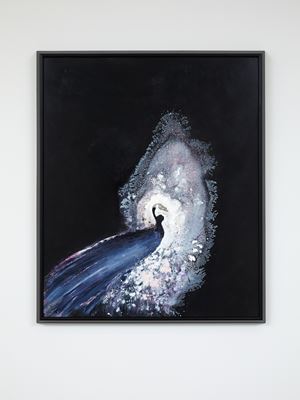 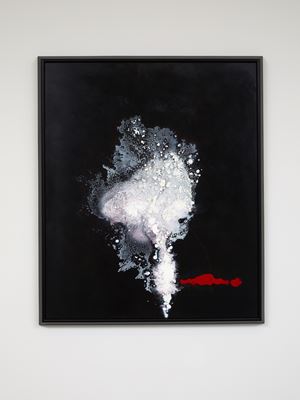 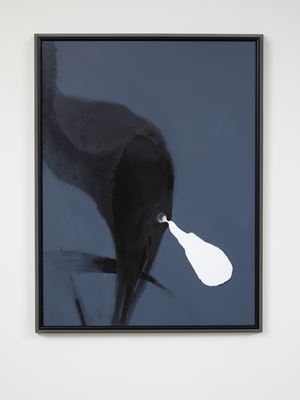 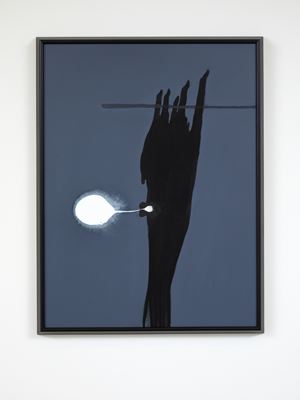 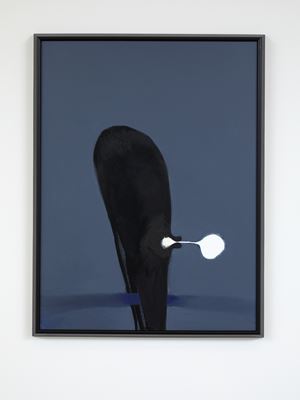 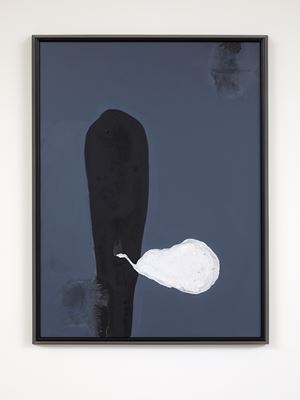 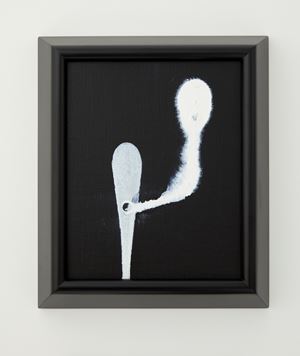 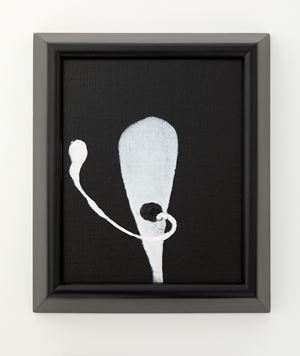 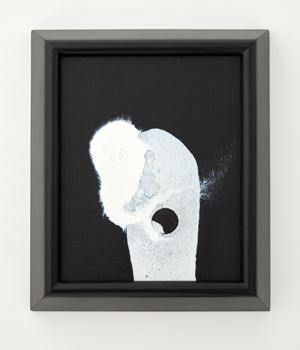 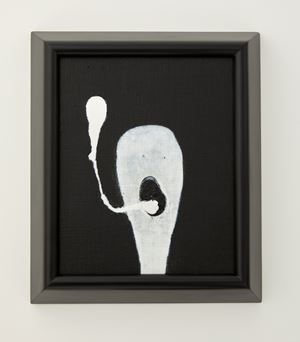 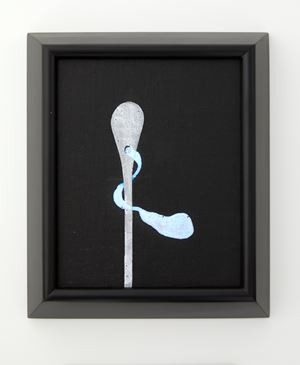 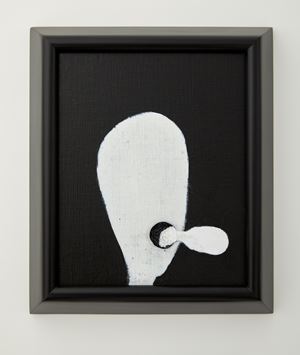 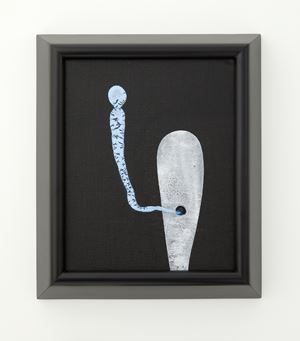 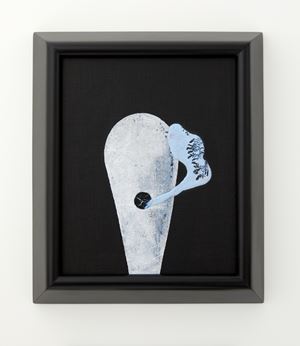 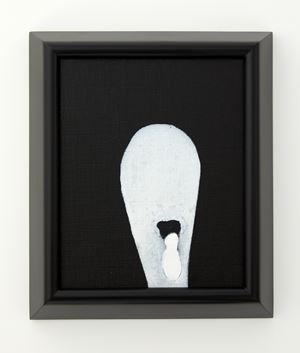 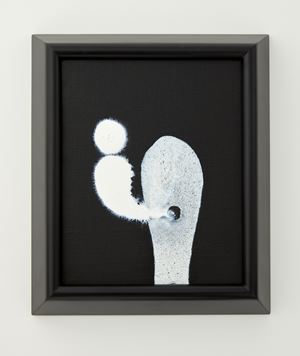 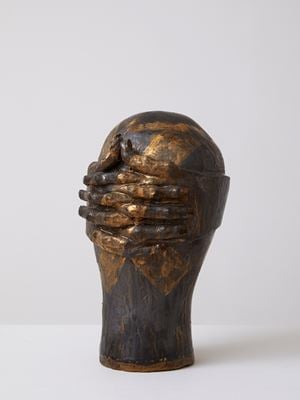 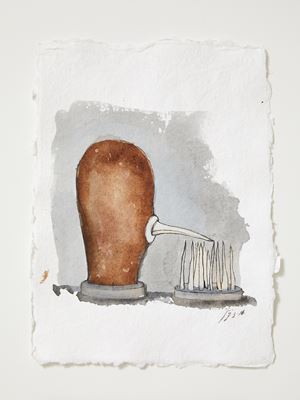 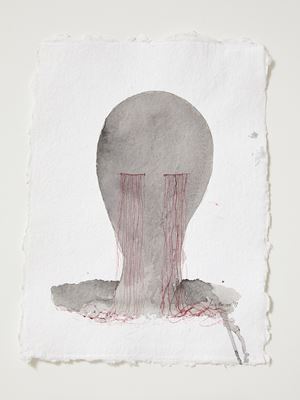 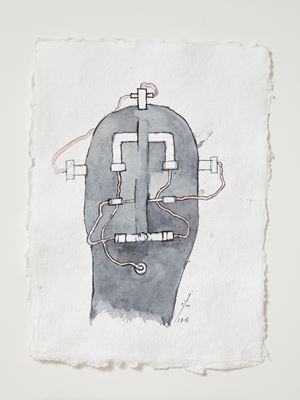 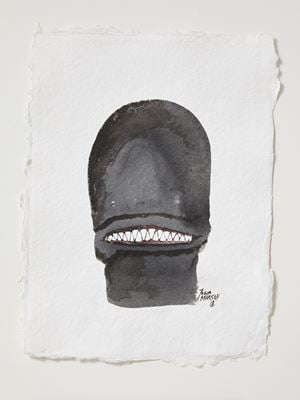 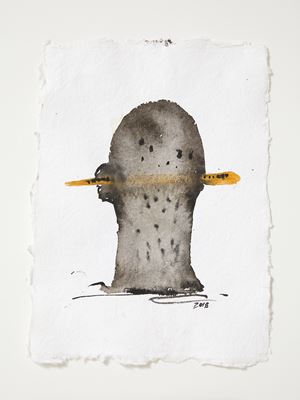 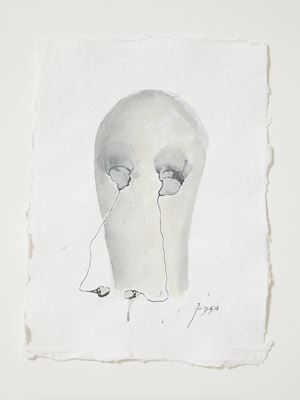 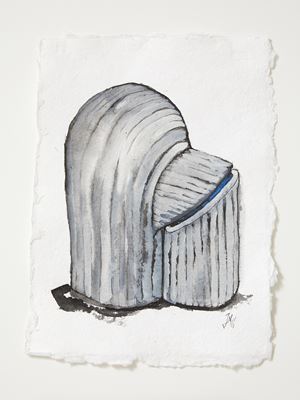 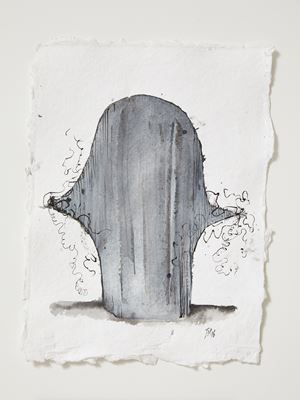 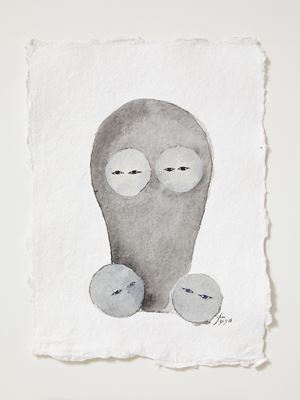 Julia Morison's new paintings appear to show a divergence in her practice. Abstract and freely flowing; they're a long way from the scale and complexity of earlier projects like Vademecum, Quiddities, Gargantua's Petticoat, and, most recently, Head[case]. But, contextualised within a history of her work, we can see precedents for many of the themes and forms present here.

Morison began her career as a painter of geometric abstraction after studying graphic design and fine art, but pure formalism couldn't sustain her interest, 'I just didn't have anything to add and lost interest in the modernist idea of making art devoid of meaning. I wanted to imbue my work with meaning...'1. Morison sought new and diverse influences. She had long been interested in the Jewish school of thought, Kabbalah—a contrast of sorts to the Christian imagery present in a lot of New Zealand art at the time. Much of her work since the 1980s has been informed by the Kabbalah Tree of Life, or Sephirothic Tree, a theoretical system used to understand the universe, divided into ten sephirot or emanations. For Morison the sephirot and the number ten became a structure to guide and inform her practise, 'I was trying to understand and devise a visual language that would allow my work to be read without reference to text; to have meaning that I could determine - to some extent.'2

And so, in 1986, Julia Morison created her own visual language. Ten graphic symbols formed the foundation of Vademecum, a 55-page book that revealed a complex visual system; each symbol represented an element, and each element dictated the materials used to make the work. The original ten logos (indicators of Morison's design background) were combined and manipulated to generate new, increasingly complex imagery when pinned to walls in different arrangements. These logos went on to act as the foundation for other works throughout Morison's career.

Um/Er, as a title, is like a stumble over words, or the absence of the right words to say. Words and language have an ongoing presence within Morison's art, particularly since the 1980s when she began to consider the tension between an artwork and the words people use to describe it. A small publication titled End to Begin accompanied a series of the same name that adapted Morison's logos into the form of small wax paintings. A rolling poem of words and short phrases tumbled down the pages. A year later, she published STUTTERinG, an artist book of word play and sound poems divided into sections by her Vademecum logos.

In these new paintings, speech bubbles, like plumes of smoke, spill from open mouths. Lisp and Whisper, the titles, might allude to the challenge of expressing oneself, and the increasing expectations of artists to offer commentary and explanation for their work; as if artworks struggle to speak for themselves. In the Spellbound paintings, Morison presents us with a series of experiments, as misshapen head forms emerge from the pools of oil paint, suffused by water poured over the surface. The order provided by the Sephirothic structure is subsumed, and instead the materials themselves dictate form.

Upstairs, 30 working drawings for Morison's Head[case] are shown alongside a solitary ceramic head from this suite of works. Head[case] was first introduced through her dealer galleries—Bartley & Co, Jonathan Smart Gallery and Two Rooms—the number of pieces increasing over time. It developed into a larger installation of 100 heads, immersively displayed on interlocking shelves resembling a room-sized sephirot, at Christchurch Art Gallery Te Puna o Waiwhetū earlier this year. Now, Um/Er coincides with a second iteration of Head[case] that opens at Objectspace on November 6.

In producing Head[case] Morison worked with clay for the first time. Each head was formed from the same mould, but distorted features render each one unique. The working drawings show Morison's thinking process, while the final works, as with the Spellbound paintings, show the impact of material experimentation. The origins of Head[case] were seeded in Paris in 1990, during Morison's Moët et Chandon fellowship. Morison is a long time admirer of Max Ernst—she carried with her to France a copy of his collage-novel La femme 100 tētes—and it was in Paris that she was able to engage with his work in the flesh when she attended his retrospective at the Centre Pompidou. La femmes 100 tētes can be translated in two ways. Literally 'the woman 100 heads' or when spoken aloud, 'the headless woman' — 'cent tētes' (100 heads) sounding like 'sans tētes' (without heads).

Alongside the working drawings for Head[case] is a work comprising of a collection of 100 black and white postcards of women which have had their faces cut out by the artist. A hundred headless woman returns to Morison's time in France, when she and friends collected the postcards over a number of years. The title of the work returns to the name in a 1997 collaboration between Morison and fashion designer Martin Grant, in which they designed ten dresses made from the ten elements of the sephiroth. In Material Evidence: 100 Headless Woman, delicate and eerie gowns hang from the ceiling — bodiless and headless.

a loop around a loop, the title for Morison's 2006 survey exhibition, refers to the way she circles around and returns to particular motifs over and again, though each time refiguring them into something new. Circling back to loop forward. From this process, a rich network of theories, materials and research swells behind each work or project. In knowing this, Whispers, Lisps, and Spellbound, speak for themselves.

Sign up to be among the first to know when new exhibitions by Julia Morison or at Two Rooms open.