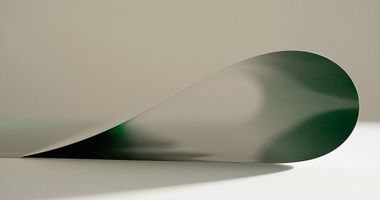 Since the late 1980s, the work of Wolfgang Tillmans has combined intimacy and playfulness with social commentary, alongside his ongoing interrogation of the foundations of his most-used medium: photography. A seamless fusion of styles, subject matter and modes of display, his bodies of work often challenge familiar and commonly held attitudes towards the photographic medium and processes of contemporary image-making. In 2000, Tillmans—a former student of The Bournemouth & Poole College, England (1990–1992)—became the first photographer and first non-British artist to be awarded the Turner Prize. In 2015, he received the prestigious Hasselblad Award.

Tillmans' debut exhibition in 1988 consisted solely of works produced using the most current monochrome laser-copying technology of the time. He regards these images, which predate his camera photography, as his very first body of work. Over the years, he has made several returns to this method, toying with the relationship between surface, depth and materiality.

During the early 1990s, while living and working in London, Tillmans' work featured in several prominent publications including i-D and Interview. It was around this period that he rose to prominence with his seemingly relaxed, snapshot-like images of young people within his surrounding milieu (including his now-celebrated shots from Europride 1992)—viewed by many as documents of a flourishing queer culture. Despite being considered a chronicler of London's queer and club scenes, Tillmans refutes having the intention to occupy such a position. He notes how, in staging many of his photographs, he controlled the location, costume and poses while still actively trying to disguise the image's artifice.

In 1993, Tillmans presented a show in Cologne with Galerie Buchholz at their adjunct space Buchholz & Buchholz which heralded a new development in the artist's practice. His installation occupied the entire 3m x 3m exhibition space, within which Tillmans placed a range of c-prints, photocopies and magazine spreads to prompt the audience's contemplation of the parallels between different modes of photographic reproduction. In 2016, at Frieze London, Galerie Buchholz drew attention to the turning point in the artist's career by staging a complete reconstruction of the 1993 Cologne exhibition.

Following his move to New York in 1994, Tillmans continued to develop installation methods that non-hierarchically situated frameless images, either taped or pinned, directly onto gallery walls. In this mix, coloured photographs sat adjacent to inkjet prints that, in turn, abutted ephemera such as postcards and magazine clippings of Tillmans' earlier work. Many of these installations, which often reached from floor to ceiling, evince the artist's interest in site-responsive exhibition-making, and his interest in approaching exhibition spaces as backdrops for larger meta-compositions of independent works. During this time, Tillmans' practice spanned a diversity of genres—from still life, portraiture, aerial photography and landscape, to his famous sky photographs, such as those in Concorde Grid (1997).

In 1998, Tillmans presented his abstract pictures for the first time. The presentation consisted of 60 unique images on colour-negative photographic paper, all accumulated since he started producing colour prints in the early 1990s. These abstractions were a mix of darkroom mishaps and the subsequent experiments they inspired. Tillmans further developed an interest in the chemical and material foundations of the photographic medium, along with its tactile and spatial potential. He thus turned the medium into a means of playing with, and discovering anew, modes of image creation. In 2012, Tillmans turned to using digital photography exclusively, as a way of reflecting the information-dense nature of our times through high-definition images.

Over the last three decades, Tillmans has worked with moving image in varying capacities, from his video installation, Lights (Body) (2000–2002), capturing static shots of the light effects inside an empty night club, to a music video for the Pet Shop Boys single, Home and Dry. He has also been involved with several politically-oriented projects, including Between Bridges, a not-for-profit exhibition space that he opened in 2006 to showcase a wide range of political art. Once housed in a former factory in Bethnal Green, it has since shifted to Berlin. In the lead-up to the EU referendum in the United Kingdom in 2016, Tillmans created a series of anti-Brexit poster, shirt and campaign image designs, all made downloadable through his website.

Filipe da Costa Leite curates a selection of artworks from Ocula's gallery platform, providing an insight into his collecting habits.

In this inkjet print by Wolfgang Tillmans, a sheet of photographic paper is transformed into a voluminous, almost liquid state.

Outside of the fairs this week, don't miss the exhibitions on view at Basel's tops museums and institutions, including Wolfgang Tillmans, Wim Delvoye, Jérôme Zonder, Yan Xing and Richard Serra, amongs

The Fondation Beyeler picked a versatile artist for its first major photography exhibition. German-born Wolfgang Tillmans has tested the medium over his career since the 1990s, applying photography to

I feel lucky to be alive during the time that Wolfgang Tillmans is making art. That was my immediate reaction leaving the 48-year-old photographer's stunning survey at the Fondation Beyeler in Basel

Fact or fiction? That's the main question posed by a curious new exhibition of contemporary photography at the Zabludowicz Collection in London. On view until 9 July, _You Are Looking At Something Tha

9 new artworks by Wolfgang Tillmans have recently been added to Ocula. Sign up to be among the first to know when new works become available.
Sign Up Login