The Belgian artist Honoré ∂'O, born in Oudenaarde in 1961 as Raf Van Ommeslaeghe and reborn in Ghent as Honoré ∂'O in 1984, works and lives in Ghent and abroad. He was a pupil of the Academy of Fine Arts in his hometown Zottegem. He studied architecture in Ghent. From then on he was autodidact and developed an atmospheric visual language with an immaterial grammar and an ironic vocabulary. In his experimental intention is laying an extremely esthetic attention. Loaded with the pleasure of invention, he offers us a magic strategy of great escape, disconnecting his paradise proposal of new mythology and belief in breath from the global alarming doom scenario.

Honoré ∂'O was the Laureate of the Price Visual Arts of the Flemish Community in 2006. He represented Belgium on the 51th Biennale of Venice 2005. He was representative in the Biennales of Johannesburg, Taipei, Sao Paulo, Sydney, and his works are spread over international collections with permanent installations in e.g. Belgium, Japan, South-Korea, China. He works alone without office. 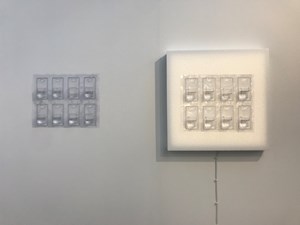 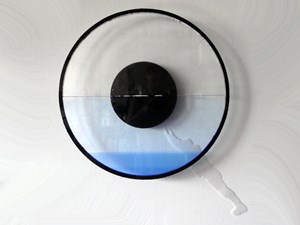 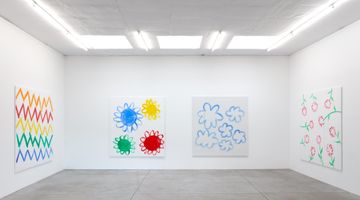 Sign up to be notified when new artworks and exhibitions by Honoré ∂'O are added to Ocula.
Sign Up