In March 2020, Art Basel Hong Kong became one of the first fairs to fall victim to the Covid 19 pandemic. While that event was cancelled and replaced with an online viewing room, the fair will return to its usual venue, the Hong Kong Convention and Exhibition Centre (HKCEC), from 19 to 23 May this year, two months later than usual.

The ninth edition of the fair will be significantly smaller than past edition with just 104 galleries taking part, down from over 240 in 2019. Of those, 56 are unable to attend the physical fair due to local regulations and will participate through what Art Basel is calling 'satellite booths'. These booths will be staffed by locals appointed by Art Basel.

Further accommodations have been made, with several galleries sharing booths. These include: Silverlens and Rossi & Rossi, Meyer Riegger and Sies + Höke, and Antenna Space and Balice Hertling. Eight Italian galleries, including Galleria Continua and Massimo De Carlo, will also share a single booth.

The fair will also be broadcast to a global audience in an initiative the fair is calling 'Art Basel Live: Hong Kong'. Running in parallel to the physical fair, it will include an Online Viewing Room, an events programme, and live broadcasts and virtual walkthroughs for VIPs from the HKCEC and locations around the city.

In addition to the 86 galleries in its main sector, Art Basel Hong Kong 2021 will include eight emerging galleries in its Discoveries sector and ten in Insights, which features curated presentations by historically important artists from the Asia-Pacific region. 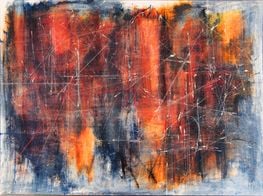 Fernando Zóbel (Manila, 1924 - Rome, 1984). Fernando studied Philosophy and Letters at Harvard University. A self-taught artist, painter, printmaker, draughtsman, he received numerous awards for his museum work and for his in-depth knowledge of art.