The Berlin Palace museum faces tough questions about how it acquired items in its collection.

The U.S. $800 million Humboldt Forum opened in Berlin today after years of delays caused first by construction problems and then the pandemic.

Housed in the reconstructed Berlin Palace, the state museum has been compared to London's British Museum and the Louvre Museum in Paris. It was called a 'forum' to encourage discussion and assuage perceptions that it's an inherently colonialist project.

'Light is being shed on the great issues of human existence, new debates on Europe and the world are being initiated – and yes, woven into all this is the invitation to be controversial,' said Monika Grütters, Minister of State for Culture and Media, upon the museum's opening.

Still, there are those who see the Humboldt Forum as an archive of violent thefts. As early as February 2018, 100 protestors marched in front of the building holding signs that read 'Tell the Truth About Germany's Colonial History' and 'Clear Out the Colonial Treasury', according to The New York Times.

Art historian and professor Bénédicte Savoy resigned from the Forum's advisory panel in 2017, wanting to know 'how much blood is dripping from a work of art' and accusing the institution of trying to keep the dark side of their acquisitions hidden.

The Humboldt Forum includes exhibitions from the City Museum of Berlin and the 'Humboldt Lab', which is overseen by Humboldt University.

Most contentious, however, are the Ethnological Museum and Museum of Asian Art, which together occupy over 14,000 square metres on the Forum's second and third floors. The West Wing of these museums will open on 22 September and the East Wing in late 2021 or early 2022.

Their collections include items such as the 16-metre-long Luf Boat, transported to Germany from the Hermit Islands in the South Pacific, a Nulis mask from British Columbia, and an eight-headed dancing Hevajra from Cambodia. 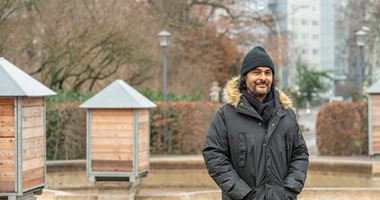 Lars-Christian Koch, director of the Ethnological Museum and the Museum of Asian Art for Berlin's State museums, said, 'there will be a particular focus on dialogue between cultures, and on critical engagement with the legacy of colonialism.'

'Since January 2021, we have also been addressing these and other issues in a discussion series on the challenges facing ethnological collections today,' he said.

The two museums reportedly hired four restitution experts to look into the colonial past of nearly 500,000 objects.

Compared to France and Britain, Germany's reckoning with its colonial past has been delayed by the need to confront more recent history including The Holocaust.

'The public historical debate in Germany was completely absorbed by consideration of the Nazi past and of the ramifications of division,' Nicholas Thomas, director of the Museum of Archaeology and Anthropology at Cambridge, told The New York Times.

On opening day, Humboldt Forum's presentations include a permanent exhibition about the German capital called BERLIN GLOBAL, a history of the ivory trade called Terrible Beauty: Elephant – Human – Ivory, and Humboldt Lab: After Nature, which explores the relationships between climate change, the loss of biodiversity, and challenges to democracy. —[O]