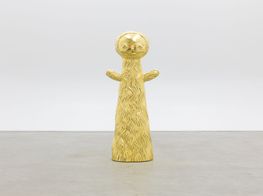 Ryden's ashen-faced Mali-boo! Barbie is depicted with a raw meat purse and pink hair that seems to levitate, as if possessed.

Artist Mark Ryden has developed a series of Barbie artworks and limited-edition dolls in partnership with toy company Mattel.

The artworks will be exhibited in a solo show entitled Pink Pop at 8382 Melrose Avenue in Los Angeles from 11 November to 11 December.

'Barbie has made appearances in my art for a long time,' Ryden said in a statement. 'The body of work in the Pink Pop exhibition are my own new personas for her.'

The exhibition, hosted jointly by Mattel and Kasmin Gallery, will feature oil and watercolour paintings, sculptures in wood and bronze, a selection of studies, and Ryden's Barbie dolls made for Mattel Creations, the company's premium collectible platform. 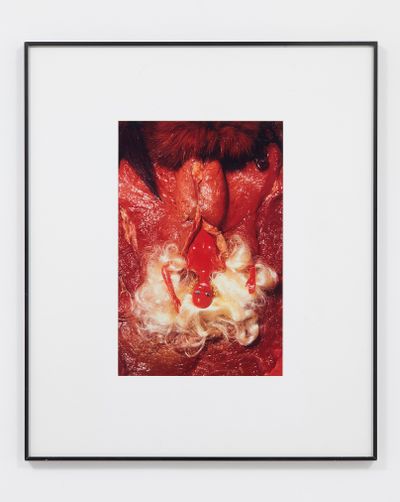 It will also include Ryden's first ever depiction of Barbara Millicent Roberts, Saint Barbie (1994). The work shows a girl praying to a vision of Barbie with upturned hands and a corona of sunlight.

'It is difficult to define Barbie,' Ryden said. 'She is a cultural phenomenon, an archetypal figure. She is a bona fide celebrity, a subject worthy for Andy Warhol to portray alongside the likes of Elizabeth Taylor and Marilyn Monroe.'

Other artists to reference Barbie in their works include British conceptual artist Helen Chadwick, who exposed the plastic doll to the realities of flesh and blood in her 1993 work Birth of Barbie.

Mark Ryden was born in Medford, Oregon, in 1963. Now based in Portland, Oregon, he regularly exhibits with Kasmin and Perrotin, who put on two shows of the artist's work this year: Animal Secrets in Paris and YAKALINA 9 in Tokyo.

'From the start, Mark Ryden has been an advocate for the idea that toys inspire art and that toys are also a canvas for artists to express themselves,' says Richard Dickson, President and Chief Operating Officer, Mattel.

Ryden's Pink Pop works build on a recent fascination with the colour that spans fashion, film, and art. It's called Barbiecore.

The trend took off with the widespread use of a blistering hot pink in Valentino's Pink PP Fall/Winter 2022–23 collection, and has maintained its momentum with early glimpses of Greta Gerwig's film Barbie (2023), which stars Margot Robbie opposite Ryan Gosling as Ken. —[O]