The former Oasis frontman and the artist duo, best known for riffing on old romance novel jackets, are raising funds for the U.K.'s Teenage Cancer Trust.

The Connor Brothers, These Are Crazy Days (2021). Pigment print with silkscreen on archival paper. 130 x 90cm. Courtesy the artists and Maddox Gallery.

Pop star Noel Gallagher and British art duo The Connor Brothers are releasing a limited-edition print to raise funds for the Teenage Cancer Trust following the cancellation of their annual fundraising concert, which Gallagher was set to headline.

The print pairs Gallagher's lyric 'these are crazy days but they make me shine' from the Oasis song All Around the World with a female beauty typical of cheap 1950s paperbacks. All 100 editions are signed by the musician and the artists and will be sold for £750 each, with all proceeds going to the Teenage Cancer Trust.

The sale of the prints will go live on the website of Maddox Gallery, London, on 18 March. Prospective collectors are encouraged to register interest with the gallery beforehand.

Launching their career with the fictional personas of The Connor Brothers, two twins from the U.S. who escaped a cult and ran away to Brooklyn, Mike Snelle and James Golding are known for paintings and prints that refashion vintage book covers and movie posters with humorous captions and quotations.

When Gallagher got in touch with The Connor Brothers to commission a painting, the artists told Ocula Magazine they saw an opportunity for a meaningful collaboration.

'When we suggested to him that we collaborate for charity, Noel mentioned that he was a patron of Teenage Cancer Trust, and so the project was born', they said.

The duo shared that 'having grown up on Noel's music and recently lost an immediate family member to cancer, this project resonates with us on multiple levels'. The Connor Brothers have previously worked to support and raise awareness for refugees and regularly raise funds for the U.K. mental health charity, CALM.

Commenting on the sale, Fundraising Director for the Teenage Cancer Trust Paul McKenzie said, 'the money raised by the sale of these prints will mean that we can continue to provide young people with expert nurses to support them through treatment, dedicated youth workers to help them cope with anxiety and isolation, and a virtual network of other young people to chat to'.

The Connor Brothers will also show at Maddox Gallery at the end of the year to celebrate their 10 year anniversary as a duo. —[O] 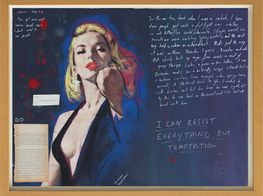 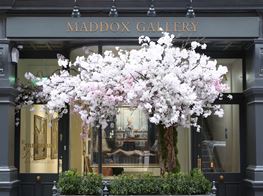