FLATLAND has previously featured in an Ocula art fair partnership, but is not a current Ocula member gallery.

If you are from FLATLAND and wish to apply to become an Ocula member gallery please visit: ocula.com/membership. 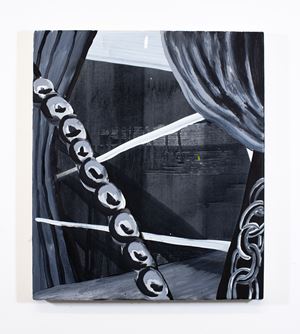 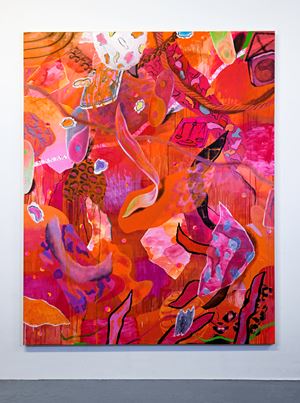 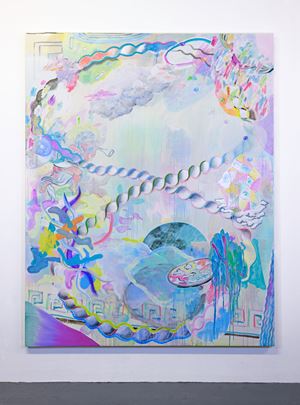 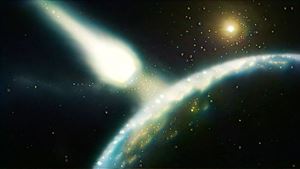 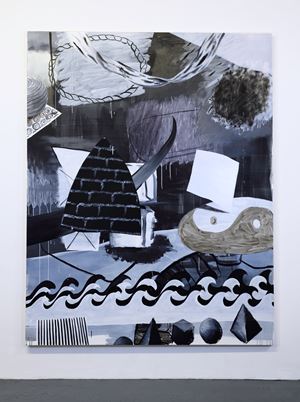 As part of FLATLAND's determination to give more attention to female voices in the cultural field in 2020, FLATLAND proudly presents at Art Rotterdam young female artists who work on new questions of existence that rise from the magic in new technology, artificial intelligence, relationships, the forces of natural resources of the earth. Both digital artist duo Pinar&Viola (Pinar Demirdag, 1985 and Viola Renate, 1982) as Alice Brown (1986) bring new insights to reconnect with magic. With their critical standing point, they provide us new visions and help liberate us from the limitations of old systems. Pinar&Viola are part of Projections Art Rotterdam. Alice Browne is showing in Duo/Solo section.

For female digital artist duo Pinar&Viola it is the intangible qualities of technology what makes it a bridge for the embrace of the metaphysical in the collective consciousness. Their video artwork PANSPERMIA (view here) questions the rise of human/animal existence whilst in relation to the microcosm (endosymbiosis) and macrocosm (heavenly bodies). It tackles the origins of life through visual fantasy for which they have been training datasets on bacteria, microorganism, reptiles, cosmos, evolution, Mars, satellites and deep-sea creatures. PANSPERMIA is entirely created with Artificial Intelligence for which they co-worked with Sofia Crespo, an Argentinian media and net artist with a huge interest in biology inspired technologies. Cutting edge technologies such as CNNMRF and GANs (BigGAN, Style GANs) were used to create this video of 3 minutes.

For Browne the same illusional entities are at work in her research in our relationship to earth, discovery and ownership. Browne's practice is predominantly painting-based and expands into installation, drawing and sculpture. As a mountain climber she is interested in the unexpected character of natural elements. Drawing on an expanse of influences and materials, her painted works describe obscure imaginative spaces, which simultaneously appear to adhere to the rules of gravity and perspective whilst outwardly ignoring them. Boxes, shadows, screens and girders mingle with drips, floating transparent forms and abstract geometric shapes. In some of her paintings her memories of cave visits are woven. 'When we are in a prehistoric cave we feel connected to our origins and often desire to take a piece from it away with us and own a piece.' states Browne. Closely linked to the question of ownership is our identity. In her latest paintings the idea of 'camouflage' takes hold. With reference to the dichotomy of standing out and fitting in, both compositionally and socially, Browne dryly employs forms that reinforce models of duality and continuity. Underlying Browne's research is a notion that physical experiences take place in collaboration with a network of secondary and imaginative sources resulting in an intoxicating, partly fictional, reality. Themes of impending chaos, speculative futurology, imaginative epic travel and personal striving meet with layers of colour, architectural references, maps and drawings of navigational cairns.