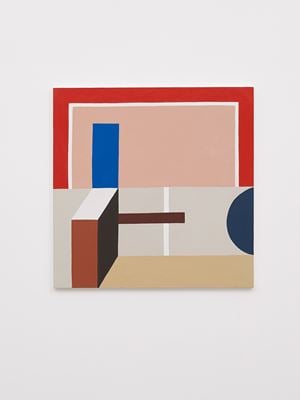 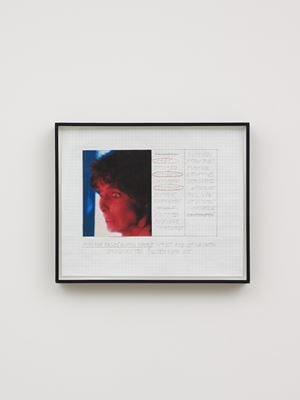 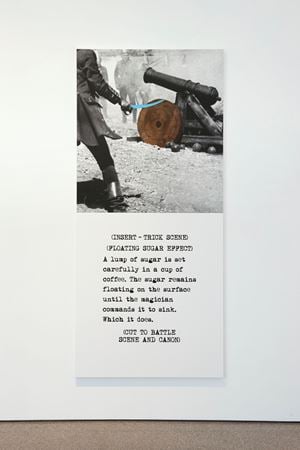 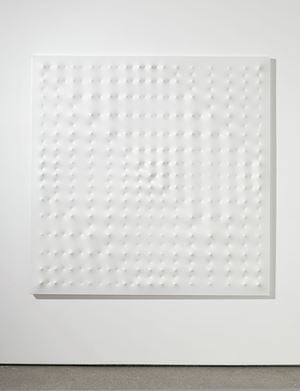 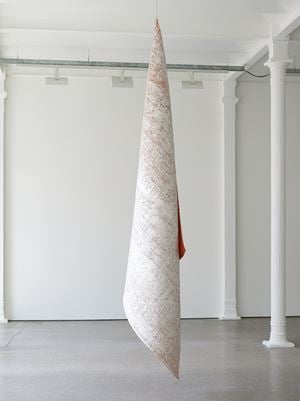 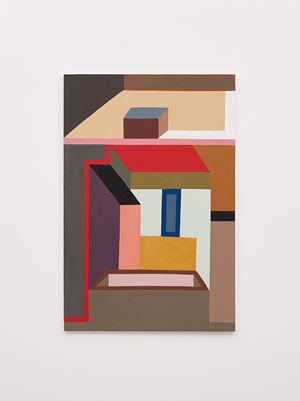 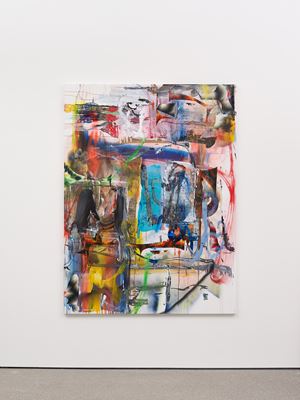 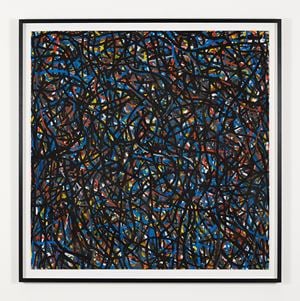 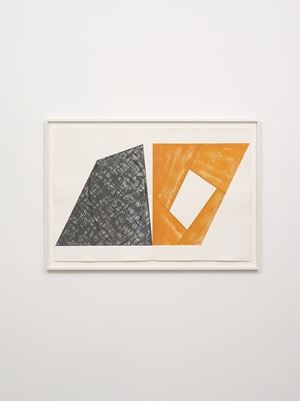 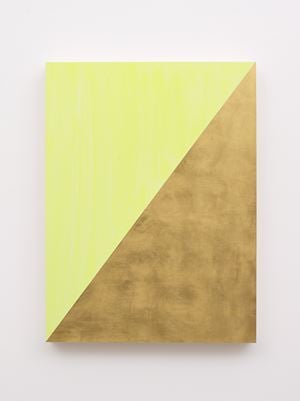 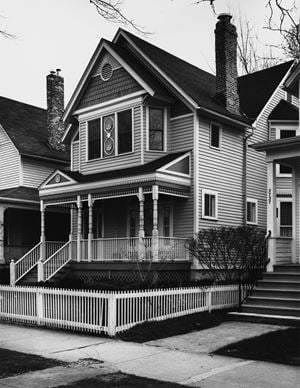 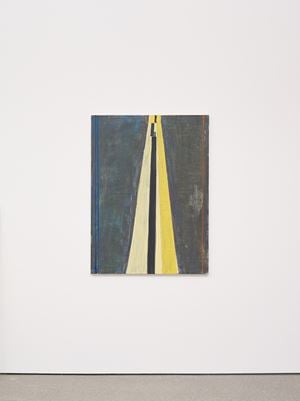 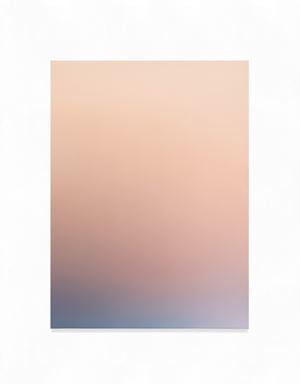 Like a fly on the map of the world brings together works around a play on scale, mapping, language and abstraction—zooming in and out, moving from a macro view to a micro view. Like maps without a scale, Nathalie Du Pasquier's recent paintings are imbued with a sense of domesticity reminiscent of her earlier still lifes, while evoking larger structures and architectures like worlds contained within.

In his painterly exploration of urban details such a cracks on the road, Belgian painter Koen van den Broek develops an ambiguous kind of representation. Looking down at the asphalt and often using photographs as references, his paintings operate by zooming in on their subjects, eventually leading the painter towards abstraction.Also originating from photographic sources such as out of focus or blurry photographs, Pieter Vermeersch's colour gradient paintings are the result of a meticulous and almost mathematical process by which the artist becomes a kind of human printer using pigments like smooth pixels. There is an inherent dichotomy in his work betweenthe tedious labor it implies and the expansive all-over effect itproduces.

When a painting presents a void at its center our pursuit of a clearsubject or object is deterred, leaving us with what is peripheral orin-between as the main point of focus. While living in New York City, Robert Mangold developed an early interest in architectural forms that could at once be solid and atmospheric, evoke a building oran empty space in-between buildings. This led him to cultivate a language that revolved around straight lines, sections and areas, and a highly idiosyncratic sense of colour channeled by the urban environment of Lower Manhattan.

Looking at city architecture or sites of technology, Thomas Struth's photographs use the descriptive nature of the medium to depict our built environment. His recurrent use of a large scale as in his photographs of satellites and other space and technological facilities not only serves this descriptive nature of the medium but also makes for pictures that confuse our sense of scale.

Works by Sol LeWitt, Enrico Castellani and newly representedartist Liam Everett bring forth three very distinct historical ideas ofabstraction as they relate to the covering of a given surface areathrough conceptual, gestural and material methodologies all dealingwith repetition. Works by Edith Dekyndt and Jean-Luc Moulène echo one another through their use of daily objects and materials like a blanket, or the florescent yellow colour of a Stabilo highlighter paired with palladium leaf for the former and gold leaf for the latter. These incongruous and clashing material pairings constitute anotherform of internal shift within the works themselves, another way tocreate an idea of spacial and visual depth through proximity anddisparity.

This technique is not dissimilar to John Baldessari's use of language paired with images, which creates a back and forth movement within the viewer's mind upon encountering the work–by generating such movements these works literally ask us to work through them in order to decipher their compound meaning, and appreciate of the complex nature of their proposition.