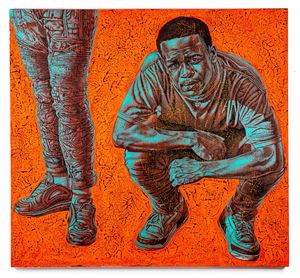 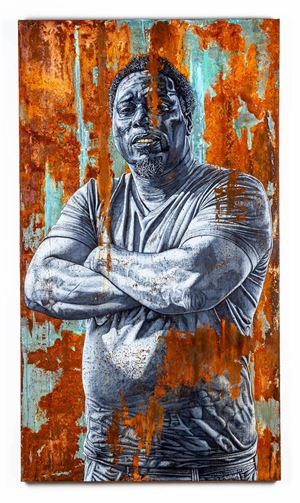 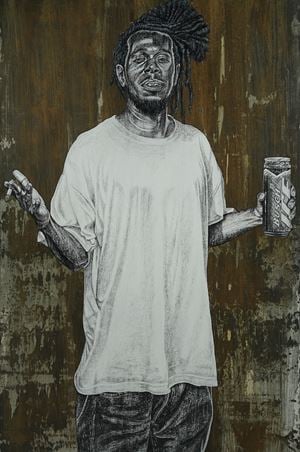 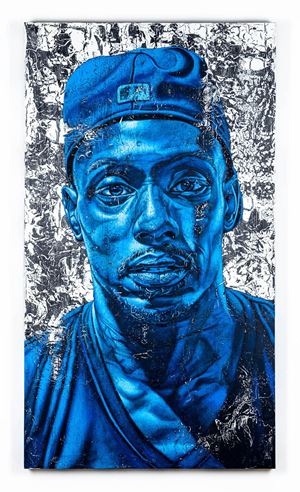 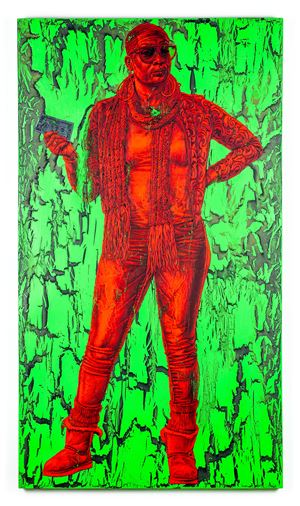 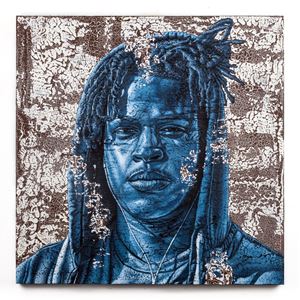 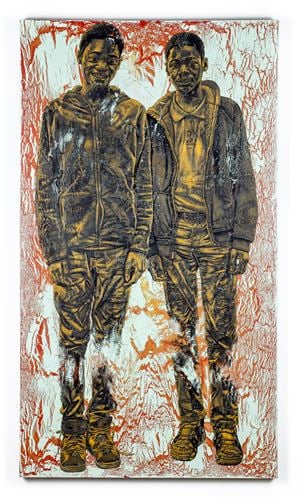 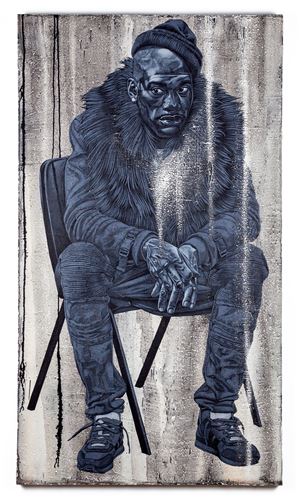 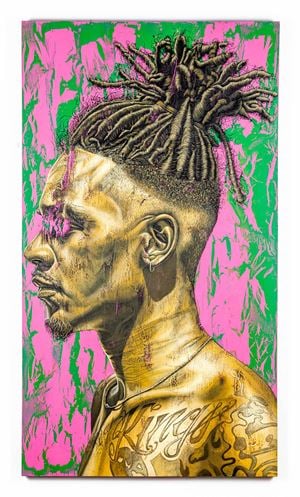 Kavi Gupta is proud to present Our Reality, a digital exhibition of new and recent work by Alfred Conteh.

Conteh's newest portraits extend the artist's critically-acclaimed Two Fronts series, a body of work exploring how African diasporal societies in the American South are fighting social, economic, educational and psychological wars on two fronts—from within and without—in order to survive.

Addressing the concrete realities of the daily lives of the individuals he portrays, Conteh mixes his paints with substances of the urban landscape—including atomized metal dust, soil, battery acid, and urethane plastic—which speak directly to the decaying environment where he and his subjects live and work.

The tactile surfaces and luminous colors of his paintings add to the emotion and complexity communicated in these portraits. Often, the first reaction viewers have is to respond to the undeniable beauty of the paintings. Beauty, however, is far from Conteh's mind. These are not just paintings, he says. They're reminders of the actual living conditions many Black people suffer in this country right now.

"When it comes to the bleakness of my materials," Conteh says, "I want people to see that poverty, see those stresses, see the disrepair. Take yourself out of where you are and put yourselves in these people's world."

Atlanta's West End, home to many of the people Conteh paints, is routinely neglected by the city. Streets and parking lots crack and erode; light poles rust and flicker; sidewalks are overtaken by weeds and dirt. This isn't where the tax base is, so time and the elements wage war against the residents to reclaim the space. Conteh is painting these realities, while also crafting compelling allegories connecting the inner and outer lives of the individuals he paints.

Quan'ta II (2019) shows a figure whose eyes have been erased; Jade (2020) features a woman whose hand, which holds a dollar, has been separated from her body; D-Chris (2020) holds the weight of the entire world in a single heartfelt and world-weary stare.

Conteh is not trying to educate anyone. He's not trying to convince anyone to change their notion of truth. He is painting the material and pictorial facts of Black America today.

"These paintings aren't going to make you understand something you already don't understand," Conteh says, "but if you've been in this country for any length of time, you should already understand how things work. If you still believe that Black people are poor because we want to be poor, or are disenfranchised or uneducated because we want to be, these paintings ain't gonna change your view of that. They just ain't. Because you don't know enough to understand these things. Or you're too blind or unwilling to understand the truth of where I'm coming from. If you get it, great. If not, I'm not going to water the story down."

Alfred Conteh is a painter and sculptor who was born in Fort Valley, Georgia. His mother is an African American, and his father is from Sierra Leone, West Africa. Conteh explores his identity and personal history from a number of different perspectives. He is concerned with the way African Americans are dealing with disparities that have been affecting their communities for generations, especially in the southern United States. He is also interested in the wider view of the entire African diaspora. Recent exhibitions include: The Sweet Spot, Clark Atlanta University Art Museum; Fragile Figures: Being and Time, 21C Hotel; Men of Change: Power, Triumph, Truth, The Smithsonian Institute via The National Underground Railroad; and Alfred Conteh: Selected Works, Harriet Tubman Museum, Macon, GA.

Sign up to be among the first to know when new exhibitions by Alfred Conteh or at Kavi Gupta open.
Sign UpLogin