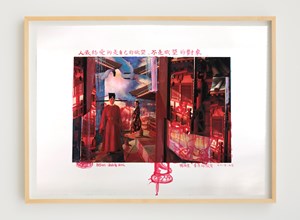 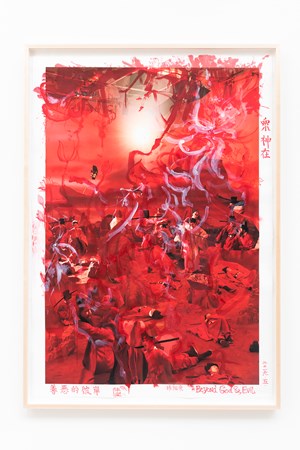 Marian Goodman Gallery London is pleased to present an exhibition of new work by Yang Fudong, the first with the artist in the London gallery. This exhibition marks the international premiere of his epic project 'Dawn Breaking'. This is Yang Fudong's first London exhibition since 2011.

Presented in the ground floor gallery space 'Dawn Breaking' is the opening chapter of Yang Fudong's larger Museum Film Project, originally conceived whilst working on his solo exhibition in Castello di Rivoli Museo d'Arte Contemporanea in 2005. Filmed live in Shanghai in the Long Museum, 'Dawn Breaking' represents an interpretation of life lived during the Song Dynasty, which was prominent for achievements in art, culture and science. For several weeks, the artist led the crew of actors and production team to carry out epic durational performances across two main filming locations within the museum, inviting the general public to view and spontaneously participate in the filming process. The experience creates a simultaneity of art-making and art-viewing, subverting the traditional expectations of the exhibition experience. For the Marian Goodman Gallery exhibition, the weeks long filming process is edited into over 30 'diaries', shown across over 30 monitors, flat screens and as projections flowing through the exhibition, creating an immersive video installation.

Since the late 1990s, Yang Fudong has developed a body of work of films, video installations and photographs. Among his most acclaimed works are An Estranged Paradise (1997-2002) his first film, the series of five black-and-white 35 mm films 'Seven Intellectuals in Bamboo Forest' (2003-2007) and The Fifth Night, an eight-channel film installation. Yang Fudong favours multi-screen projections which allow him to create works that surround the viewer, who in turn becomes like a second film director. Yang's visual language has always been enveloped in a dream-like mystery. His characters, often silent and disembodied, usually move according to choreographed gestures and manage to transport the viewer into an aesthetically perfect environment. His work deliberately plays, suspends and confuses time.

Beyond GOD and Evil – Preface 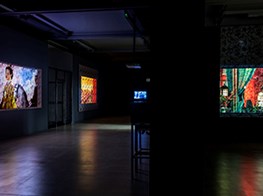 Entering Marian Goodman Gallery's London space to view Yang Fudong's solo exhibition, I was stopped short by a wire mesh fence erected just beyond the front desk, barring the way to the exhibition. Somewhat discombobulated, I asked the receptionist, 'Is the show open?' It was; visitors were to walk through a gate set in the fence, and heavy black...

Sign up to be among the first to know when new exhibitions by Yang Fudong or at Marian Goodman Gallery open.