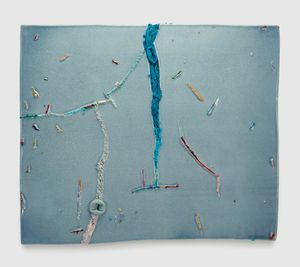 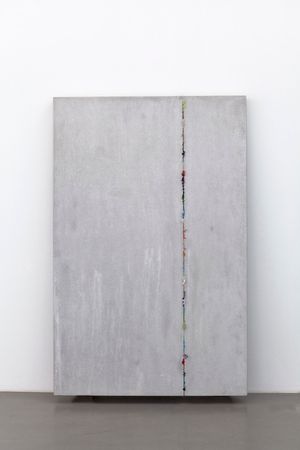 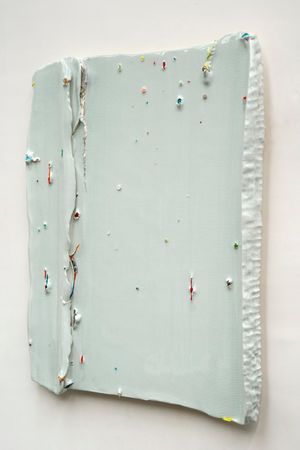 New York—Pace Gallery is pleased to present Along the Way, a solo exhibition in New York dedicated to Beijing-based artist Yin Xiuzhen, who has been a pioneer of Chinese performance and installation art since the early 1990s and is one of the most foremost artists working in the region today. Yin's works operate as rich repositories of cultural memory, capturing the scale of change that occurred in China in the late 20th century, and have been exhibited internationally for decades, including in the China Pavilion at the 52nd Venice Biennale in 2007 as well as at MoMA in 2010 for the 92nd instalment of the Museum's 'Projects' series, for which the artist's large-scale sculpture Collective Subconscious was presented. Along the Way will highlight Yin's masterful exploration of the interplay between globalization and local tradition, as well as the interpenetration of personal history and collective experience, through a number of sculptures and installations reflecting the artist's deft and well-recognised sculptural integration of disparate everyday items. Featuring over 20 works, including the debut of new porcelain pieces alongside large-scale sculptural installations, the exhibition showcases the core themes and artistic language of Yin's creative output through a spotlight on several key materials prevalent throughout her practice, including porcelain, cement, and fabric. The exhibition will be on view May 21–June 26, 2021, and marks the artist's first presentation at Pace's New York gallery, as well as the artist's first solo show in the U.S. in over a decade.

Yin's work is a commentary on Chinese society, reflecting her own lived experiences while weaving together additional personal narratives into a collective history. As Wu Hong, the art historian and professor at the University of Chicago, once commented: 'Yin Xiuzhen's transformation into a contemporary artist took place with incredible ease and spontaneity . . . Yin has searched for an individual voice to express how she feels about herself and the world from the beginning of her career, and has created a unique and deeply personal visual vocabulary that transcends notonly narrowly defined gender identity but also any local/global polarity.' Universally resonant, Yin's work is rich in sensibility and intuition, and she continues to be driven by a desire to express the concepts that she observes in society in ever-changing ways.

Along the Way will debut new porcelain works by the artist created in the past three years that reflect her ongoing experimentation with the material. Closely associated with Chinese history and tradition, porcelain has been the focus of Yin's practice in recent years, and its materiality has served as the impetus for significant variability in her sculptural work during this time. Through a nontraditional method of porcelain firing in her 'Wall Instrument' series, Yin realises subtle yet abundant variation in colour and texture on the works surfaces, while also allowing the spontaneity of this firing process to serve as a form of stimulation and dialogue. Ultimately, through this process, the original, smooth porcelain plates in these works take on natural undulations, wrinkles, and cracks through Yin's interventions. Within these pieces, the artist also embeds fragments of worn clothes, so parts of the clothing appear in the demarcations in the porcelain surfaces. In encompassing the experiences of those who wore these clothes, the works mimic biological skin, creating psychological cues and evoking sensory perception from the viewers while acting as poignant carriers of memories.

The exhibition also explores the artist's use of cement, which started to appear in Yin's practice in the early 1990s and has become a defining material within her work alongside clothing, as present in the Wall Instrument series. In her recent work Butter (2021), a photo captures a hard and unyielding plane of cement being penetrated and blended slowly by a piece of butter. This dynamic exploration of materials with conflicting natures has been a theme prevalent throughout Yin's 30-year career.

Another highlight of the presentation, the 2019 work Fiber of Time demonstrates the artist's capacity to utilise materiality across a range of contexts. In the work, porcelain and fabrics are presented not only as symbols, but as objects themselves that can reflect concepts such as time, space, and spirituality. For Fiber of Time, Yin soaked pieces of used clothing in porcelain clay, allowing it to permeate every gap in the fibre, then gripped the cloth with both hands before putting the saturated fragments into the kiln. The firing process eliminated the fibres of the original clothing, freezing time and leaving behind instead patterns and shapes reminiscent of the original forms. The resulting work, comprising 108 porcelain statues evenly arranged on the wall, creates a repository for memory and narrative. The artist's idea of time's intersection with experience and memory in this work—which is further cemented as a tangible piece of space-time in the ritual-like process of high temperature combustion in the kiln—was inspired by the Buddhist approach to relics. Each individual porcelain piece within the work draws inspiration from relics and can be seen as the crystallisation of the spirit and its memories and wisdom.

The exhibition will also feature Sky Puzzle (2020), a large-scale installation first created during the 21st United Nations Climate Conference in Paris in 2015. For the work, Yin used the story of 'mending the sky' from traditional Chinese mythology as a reference, inviting embassies of various countries to collect clothes worn by their residents. In a suitcase, she then shaped the clothes to create forms depicting iconic buildings from each country and installed them as one work hung from the ceiling as a sky. This highly allegorical piece came to Hong Kong in 2020 as part of the artist's major solo exhibition, Yin Xiuzhen: Sky Patch, at the Centre for Heritage, Arts and Textile (CHAT) at The Mills in Hong Kong. With the emotional prevalence of COVID-19, the artist invited local residents to participate in the process of sewing the 'sky', in a manner in which they could weave together their individual feelings.

Yin Xiuzhen: Along the Way is presented on the heels of the artist's major museum shows in Greater China this past year, including her show at CHAT in Hong Kong and a group show at the He Art Museum in Guangdong. The artist is currently featured in a solo exhibition at the Zhi Art Museum in Chengdu, on view through 2021.