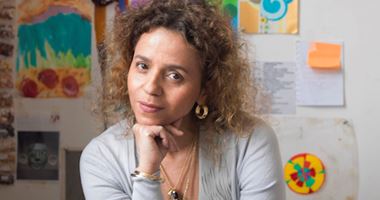 Beatriz Milhazes lives and works in Rio de Janeiro. She initially studied communications at Hélio Alonso University before receiving a degree from the Parque Lage Visual Art School in 1982.

While at art school, Milhazes became fascinated with decorative arts, which she has described as a necessity 'for the soul' in her 2015 conversation with Ocula Magazine. Then working from a studio near the botanical gardens of Rio de Janeiro, she drew inspiration from plants as well as from Brazilian visual culture and European modernism, referencing the colours and abstract forms of Tarsila do Amaral, Sonia Delaunay, Henri Matisse, and Piet Mondrian.

Searching for ways to refresh her approach to painting, Beatriz Milhazes began to develop her monotransfer technique in 1989. Using dry paint as opposed to the wet paint of monotype works, Milhazes would paint on a sheet of clear plastic, peel off the image once dry, and transfer it onto the canvas. The resulting works showed complex and layered compositions of various shapes, patterns, and colours, which were followed by her paper collages from 2003 onwards.

Recurring motifs in Milhazes' works include the circle, often containing smaller circles or overlapping with one another; arabesque and floral patterns; configurations of rectangular shapes; and undulating lines all set in an array of colours. Examples can be found in the 2008 paintings Mulatinho, Popeye, and Carambola, which were featured in her solo exhibition Beatriz Milhazes at New York's James Cohan gallery that same year. The artist would also incorporate candy wrappers in later works, such as in her 2014 collages on paper, Turkish Garden and Small Windows.

The exuberance of colours and shapes in Beatriz Milhazes' two-dimensional work is also apparent in her hanging sculpture. An early example of this was a chandelier made from fabric flowers and plastic beads that Milhazes created for her sister's dance company, Marcia Milhazes Cia de Dança, in 2004.

The chandelier led to a series of artworks under the titles Gamboa, presented for the first time at Prospect New Orleans in 2008; Gamboa I presented at Paço Imperial, Rio de Janeiro; Gamboa II (2013–2015) for New York's Jewish Museum in 2016; and Gamboa III (2020) for Milhazes' 2020 retrospective exhibition Avenida Paulista at the São Paulo Museum of Art (MASP) and the Instituto Itaú Cultural, São Paulo. The 'Gamboa' works typically consist of pink and white plastic flowers, disks, orbs, and beads, their extravagance recalling Carnival costumes and festivities.

Beatriz Milhazes continues to explore the possibilities of various media. Between 2016 and 2018, she collaborated with weavers in France to create Rio Azul, a 16-metre-wide tapestry depicting a landscape inundated with wave-like forms, circles, and botanical motifs.

Rio Azul was also the title of Milhazes' 2018 solo exhibition at White Cube Bermondsey, London, which showed recently completed works. The central column of flowers and leaf-like configurations in Banho de rio (2017) is echoed by ellipses and horizontal lines behind them, forming a complex yet harmonious composition. In Sonho Tropical (2017), rays of pink and blue intercept half and full circles, their flat, overlapping shapes evoking the geometric compositions of Delaunay.

Beatriz Milhazes is one of Brazil's best-known female artists. For over three decades, the artist has been seducing art lovers and collectors with her vivid, kaleidoscopic, festive paintings and c

Advisory Perspective In the Studio With Janaina Tschäpe 28 January 2021

Painter Janaina Tschäpe reflects on her formative years, and the influences she has absorbed along the way.

Flamboyant, vibrant colors and patterns bring energy into the otherwise quiet, Hong Kong outpost of London’s White Cube gallery. Part of Beatriz Milhazes’s first solo show in Hong Kong, they comprise a new series of paintings and collages by the Brazilian abstractionist, inspired by the sharp constrast between the exotic native flora of...

Sign up to be notified when new artworks and exhibitions by Beatriz Milhazes are added to Ocula.
Sign UpLogin