He studied at the Indonesian Art Institute in Yogyakarta, where he is based until now.

For almost forty years, Heri Dono has developed a fantastical world of dichotomies in his paintings. Humorously juxtaposing reality with imagination, folk with contemporary art, politics with fiction, the tension between these opposing forces create narratives that cut across a complex, multi-layered system of ideologies. Having lived through the struggle against oppression by the Indonesian regime in the 1980s, and later the ‘reformasi’ in 1998 that spawned from the end of Suharto’s regime and developed into the neo-liberal globalisation of Indonesia as it is today, Heri Dono’s artistic methodology re-examines power structures through satirical illustrations of humans versus the Other, man versus machine, offering a kind of passage for others to survive real life transitions during challenging times.

He is known for his uniquely contemporary, Javanese style inspired by traditional Wayang Kulit (puppet theatre). Through his construction of thoughtful layers in his work, he is able to emphasise the more serious, underlying reflections on and criticisms of social and political issues such as military intervention, political corruption, and environmental destruction, allowing easier engagement with often difficult concepts.

His works have been widely exhibited, including at the Venice Biennale in 2003 and 2015, the Gwangju Biennale in 1995 and 2006, the Singapore Art Museum, the National Gallery of Indonesia in Jakarta, Musée d’art contemporain de Lyon, France, and Asia Society New York, among others. 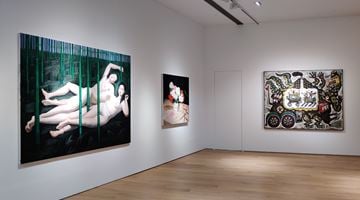 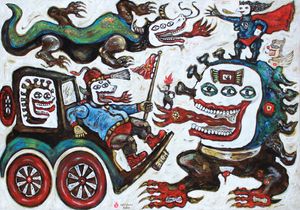 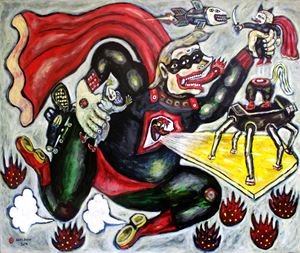 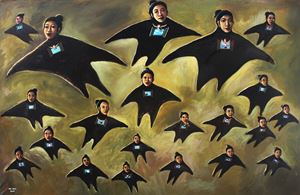 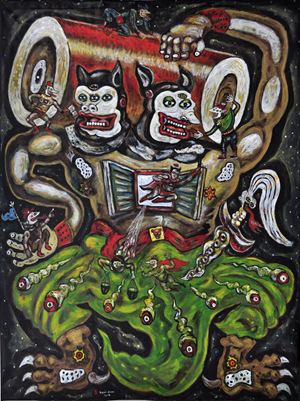 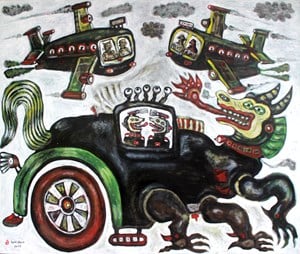 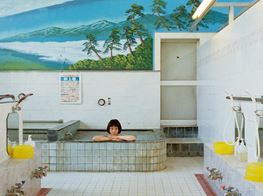 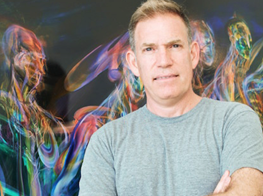 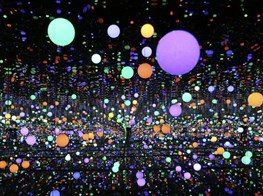 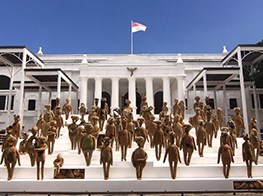 Entering its ninth year, ArtJog has grown to become a pre-eminent event in Indonesia's art calendar, bringing together an array of works by leading contemporary artists as well as launching the career of emerging names. When it returns at Jogja National Museum, Yogyakarta, on May 27, the annual art fair will showcase 97 works by 72 local... 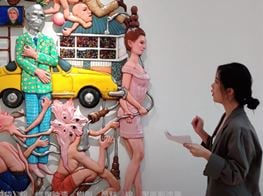