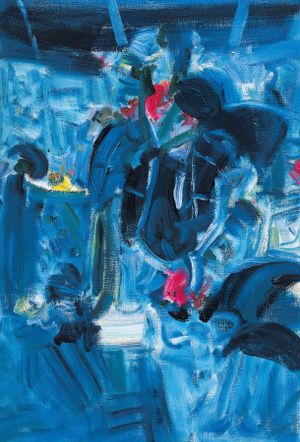 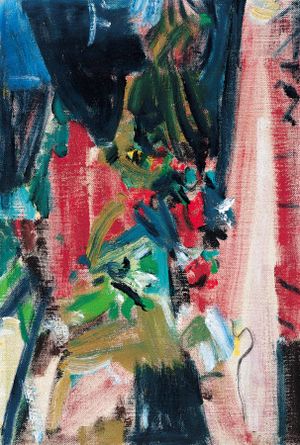 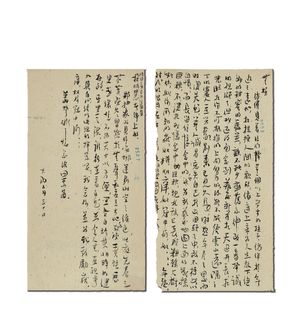 In spring 2021 the Tina Keng Gallery is pleased to present Tina Keng Gallery: Masters, a series that through the eyes of Ms. Tina Keng, lifelong advocate of Greater Chinese modernism and founder of her eponymous gallery, highlights some of the rarely seen works of modern Chinese artists. The Greater Chinese artists represented by the gallery form a vanguard that blazed a trail in times of upheavals. Ms. Keng has carefully selected a roster of classic works, along with archives of manuscripts and letters, that parallel the lives of the artists who made them, beckoning the viewer to savor each painting that encapsulates the turbulent turn of the 20th century when it was conceived.

An ongoing series that chronicles the journeys of Greater Chinese artists who traversed the U.S. and Europe, Tina Keng Gallery: Masters unveils its first installment — Wu Dayu, Forefather of Chinese Abstraction, which illuminates how the artist spent a lifetime plumbing the complexities of art, leaving behind a legacy that ripples through generations to come. Part of China's first batch of students who went to France post–World War I, Wu Dayu (1903–1988) returned to China in 1928 to co-found the National Hangzhou Arts Academy (now China Academy of Art), and became chair of the Western painting department at the age of 25. Along with Lin Fengmian and Pan Tianshou, he devoted himself to the reform of Chinese modern art. As one of the trailblazers at the academy, Wu conceived painting theories that blend Asian and Western artistic discourses: guangse, or the understanding of color; yundiao, or the grasp of artistic charm of a work; and finally shixiang, or Dynamic Expressionism, which betokens a grand momentum based upon the former two. These tenets inspired such abstract artists as Zao Wou-Ki, Wu Guanzhong, and Chu Teh-chun, who would later garner international attention, and form the vanguard of Chinese abstract expressionist painting.

While Dynamic Expressionism became Wu's primary vehicle in his exploration of Eastern abstract art, the 'father of formalism' and his 'reactionary academic authority' portended the alt-left's persecution of the artist during the 1950–70s. The Cultural Revolution ravaged what could have been the blossoming of Chinese abstract art, stifling an entire generation of artists. In the face of adversity, Wu had striven to create riveting paintings that he stashed away in the drawers in a tiny attic in fear of oppression, unwavering in his artistic endeavor. His grueling life did not deter him from penning his aesthetic musings in poetic language that comprised edifying letters to his students. Amid silence and solitude lurks an undercurrent of abstraction that has carried the scintillating ethos of the artist through almost a hundred years.

The vicissitudes of life molded Wu Dayu into the founder of Chinese abstract art as he weathered turmoil that ultimately saw him fade into obscurity. His ideology of abstract art nevertheless has cemented this once-forgotten master as one of the leading figures in Chinese modernism. Looking back on the inception of this special series Tina Keng Gallery: Masters, it is deeply rooted in Ms. Keng's sense of cultural mission. She first ventured into the gallery business in 1989 when she began dealing the work of Impressionism and the School of Paris (École de Paris). It was then that she embarked on the journey to search for oversea Chinese artists who had remained obscure in Chinese art history. Her encounter with Sanyu's work marked the outset of this quest that slowly led her to the likes of Guan Liang, Lin Fengmian, Wu Dayu, Yun Gee, George Chann, and Zao Wou-Ki, and that has also forged her as a pioneer in championing Greater Chinese modern art. Ms. Keng's tireless research, promotion, and presentation of these modern masters has crystallized into a singular perspective on art history. Her strenuous endeavor and pious zeal has concatenated different strata of the art industry, eventually aiding the burgeoning of an art scene that straddles academia and market, invigorated by Western and Eastern cultures.

【Ebb and Flow of the Times: Wu's Final Works Return to View】

This tribute to Wu Dayu and his legacy owes to the family of Wu Dayu, who now reside in the U.S., and to his esteemed disciples: Wu Guanzhong, Chu Teh-Chun, Zao Wou-Ki, Min Xi-Wen, and Zhuang Hwa-Yun, whose archives have shed light on 'Teacher Yu' and attest to his overarching influence. On view are a constellation of manuscripts, including close correspondence during World War II with students such as Zao Wou-Ki. In addition, with the generous support of Wu's family, Color Syncopated and Cadenced, two of Wu's final, rarely seen oil paintings, are also on view. Paying homage to this extraordinary artist and educator, this exhibition aims to foreground the precursor of Chinese abstraction by surveying a constellation of his works that harbingers a seminal generation of Chinese abstract painters, who together have shaped the 20th-century Greater Chinese art and beyond.

Sign up to be among the first to know when new exhibitions by Wu Dayu or at Tina Keng Gallery open.
Sign UpLogin