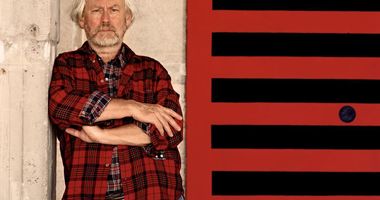 Arguably one of the most well-known American post-war artists, Donald Judd was an influential sculptor and critic regarded as an important figure of the Minimalist art movement. He is best known for his 'stacks' of square and rectangular boxes made from industrial materials.

Born in Missouri in 1928, Judd moved to New York where he studied painting at the Art Students League of New York before completing his graduate studies in philosophy and art history at Columbia University. In 1959 Judd began to write articles for Art News, and would later work for Arts Magazine and Art International.

Best known today for his sculpture, Judd began his art practice as an abstract painter. He soon transitioned to sculptural work in the 1960s, culminating in his 'stacks'. In 1968 he would move to Marfa, Texas, where he purchased a five-storey home and studio that became his hub as his art career developed.

Best known for his hollow plexiglass, metal, and wood rectangular and square boxes, Donald Judd's Art, disrupted artistic conventions by relying on industrial materials and processes to produce his work.

The artist's transition from sculpture to painting culminated in his 'stacks'—sets of rectangular cubes that protrude from the wall in vertical columns hung evenly from floor to ceiling. These were made from industrial materials like Iron, steel, and plexiglass. From the mid-1960s Judd employed professional sheet metal fabricators to construct these works.

Untitled (90-7 Bernstein) (1990) is one such work, comprised of ten boxes of red anodised aluminium and transparent plexiglass. Made of industrial materials, Judd's 'stacks' demonstrate his foundational interest in the formal properties of colour, material, form, and space.

Other formats, which Judd developed simultaneously such as his 'Progressions'–a horizontal equivalent–and freestanding box-like forms, follow these same minimalist and industrial design principles as his 'Stacks'. This foundation he continued to build on in sculpture until his passing in 1994.

Judd described his own works as 'the simple expression of complex thought.' Such complex thought was also manifested in the essays that the artist would produce throughout his life. His, still widely referenced seminal essay 'Specific Objects', published in Arts Yearbook 8 in 1965, proposed a painting-sculpture hybrid that reflected his own development in thinking about the two media as well the similar process of conceptual expansion that was contemporaneously occurring for his peers. Negating the artists direct involvement

Pertinent to Judd's practice was a consideration of how a sculpture could exist in a space and how viewers could navigate around it. This interest in spatial dynamics extended to an innovative architecture and design practice.

In the late 1960s the artist designed small shelters in Baja California that would influence his later designs for buildings in Marfa and Europe.

In the 1970s he also began designing furniture for his various residences. Pieces such as Corner Chair 15, designed in 1984, make clear that the artist brought the angularity and refined craftsmanship of his sculptures to the other spheres of his practice as well.

Judd's later woodcut prints, made from 1988 to 1992, reflect the minimalist approach to shape colour and line taken in his sculpture. They comprise of simple geometries, colour rectangles run through with thin horizontal and vertical lines and bars of colour.

The Donald Judd Foundation website can be found here.

View All (9)
Related Press Brutalist sculpture is the star act at this exhibition in Brussels 10 May 2018, Wallpaper*

'I have a strong credo that an exhibition must embody real objects,' says curator Matthieu Poirier prefacing a walkthrough of The Brutal Play, in which works from Carl Andre, Donald Judd and Robert

In 1994, Donald Judd was preparing for The Moscow Installation, an exhibition with Kazimir Malevich that would be the first to align the work of the two titans of 20th-century art. 'I would love it

The entrance hall to the Sainsbury Exhibitions Gallery at the British Museum is blood-red, and covered in Andy Warhol's psychedelic screenprints of Marilyn Monroe's face. It's a punchy start to the

During his lifetime, Donald Judd (1928–1994) compiled four major collections of his writings. These volumes, which include his gallery reviews, book reviews, essays, articles, statements and reports h

Sign up to be notified when new artworks and exhibitions by Donald Judd are added to Ocula.
Sign Up Login