Tina Kim Gallery is pleased to present Dwarf, Dust, Doubt, a solo exhibition by Gimhongsok. The exhibition includes new sculptures from two of the artist’s ongoing series, Untitled (Short People) and Incomplete Order Development. This is Gimhongsok’s second show at the gallery; his first was in 2010.

Organising the exhibition around the title Dwarf, Dust, Doubt, Gimhongsok has highlighted how society casually assigns values to objects using terms to describe their size, weight and how we perceive them. In isolating these arbitrary values, he questions the political and social judgment implied by their use, rejecting the cavalier way people treat objects upon seeing them. Gimhongsok observes that, 'We are governed by size, material, colour, and form when we analyse objects... What’s more, these factors are themselves invested with their own implicit political innuendo.'

While Dwarf, Dust, Doubt is a rejection of these often-superficial public opinions; it simultaneously serves as an affirmation of the smaller details and subtle characteristics that often go unnoticed. Indeed, the artist has taken a defiant stance, stating, 'I object to describing a dwarf as alienated, marginalised or of lesser than. I oppose literature that describes dust as weightless or insignificant. I remain doubtful about all information, regardless of its source.'

An extension of his MATERIAL (2012) and 8 breaths (2013) series, each work from Untitled (Short People) is comprised of blown up balloons that are cast in bronze. Varying in size, the artist enlists friends and acquaintances to blow up the balloons finding poetic resonance in the capture of human breath. Divided into groups of four and six balloons, the entire series represents a combined effort of more than one hundred people.

The second portion of the exhibition includes works from Gimhongsok’s Incomplete Order Development series. In these works, blocky concrete figures stand in various states of repose. Approximately 1 meter tall, each figure though roughly shaped, clearly embodies a small human making various communicative gestures. The series asks, rhetorically, when is an object completed? When does any project, including an artwork, reach its final stage? According to the artist, 'The concept of completion has a beginning and end, with the decision to finish, marking its completion. But who decides when something is complete, and how?'

Born in Seoul in 1964, Gimhongsok graduated from Düsseldorf Kunst Akademie in Germany after obtaining his BA in Fine Arts at Seoul National University. His recent solo exhibitions include Xijing Is Not Xijing, Therefore Xijing Is Xijing at 21st Century Museum of Contemporary Art, Kanazawa (2016), World of Xijing at National Museum of Modern and Contemporary Art, Seoul (2015), Blue Hours at Kukje Gallery, Seoul (2014), Good Labor Bad Art at PLATEAU, Samsung Museum of Art, Seoul (2013), Ordinary Strangers at Artsonje Center, Seoul (2011), and as part of his Xijing Men collective he has presented I Love Xijing-Xijing School at Spenser Museum of Art at the University of Kansas (2013), and Xijing at the Bevilacqua La Masa Foundation, Venice (2011).

Gimhongsok has also participated in numerous noted group exhibitions including The Street, Where the World is Made at MAXXI, Rome (2018), Altering Home at the 21st Century Museum of Contemporary Art, Kanazawa (2018), The Other Face of the Moon at Asia Culture Center, Gwangju (2017), Space Life at Ilmin Museum, Seoul (2015), All You Need is LOVE: 10th Year Anniversary Exhibition at the Mori Art Museum, Tokyo (2013), Korea Artist Prize at the National Museum of Contemporary Art, Korea (2012), the 9th Gwangju Biennale (2012), the 10th Lyon Biennale (2009), Your Bright Future at Museum of Fine Arts, Houston, and Los Angeles County Museum of Art (2009), The Fifth Floor at Tate Liverpool (2009), Brave New World at the Walker Art Center, Minneapolis (2007), the Korean Pavilion in the 51st Venice Biennale (2005), and the 50th Venice Biennale (2003). 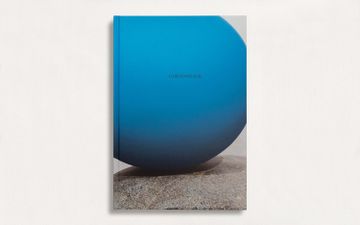 Sign up to be among the first to know when new exhibitions by Gimhongsok or at Tina Kim Gallery open.
Sign Up Login