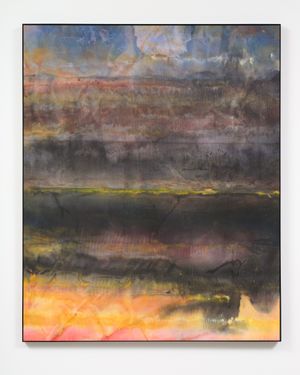 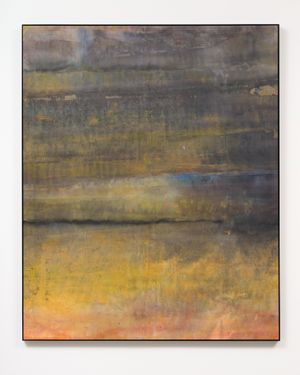 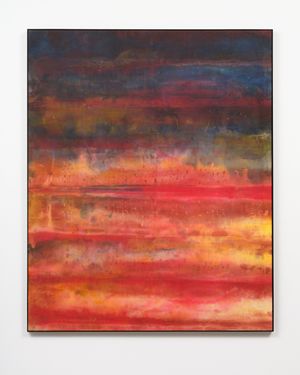 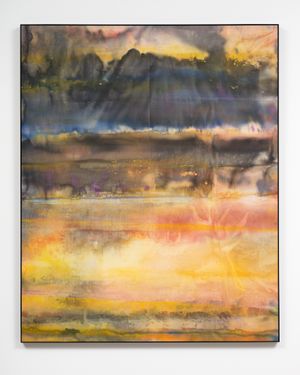 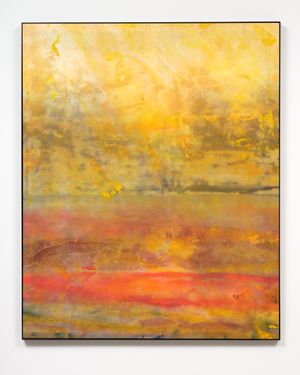 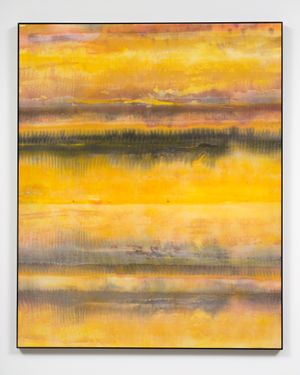 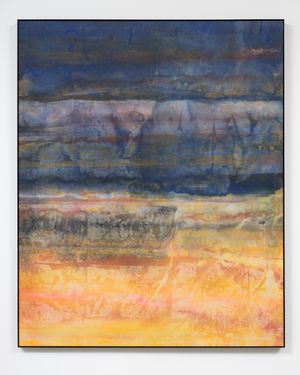 Matt Arbuckle’s pigment soaked abstractions operate in a border zone between randomness and control, their streaks, stains and washes of colour reflecting a process in which paint is allowed to seep throughout the fabric of the work. The resulting mark-making language originates with the artist but is ultimately a kind of reverberation or echo. The works suggest landscape themes, their horizontal bands of colour stacked one atop another like layers of clouds or geographical strata. However, there is also a decidedly introspective element to Arbuckle’s practice: he describes his work in terms of narrative, specifically the recalling or reframing of memories. To this end, his paintings document, retain or echo the places and times in which they were made. The current series, painted on the cracked, uneven terrain of the artist’s concrete driveway, serve to map this domestic territory, both a real, physical space and a dreamed or imagined one.

Sign up to be among the first to know when new exhibitions by Matt Arbuckle or at Two Rooms open.
Sign UpLogin