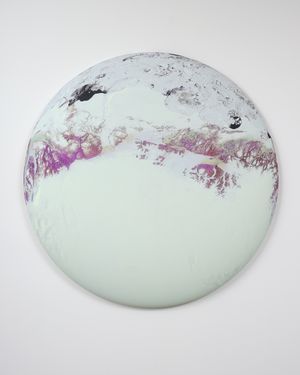 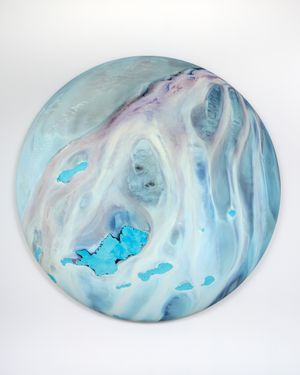 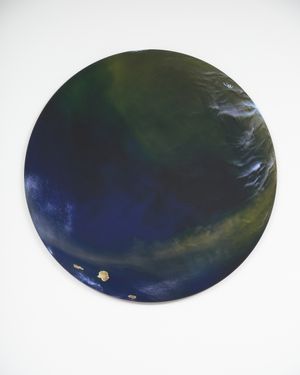 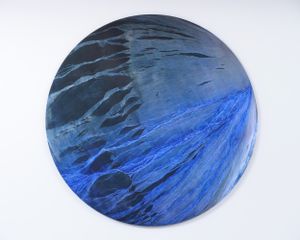 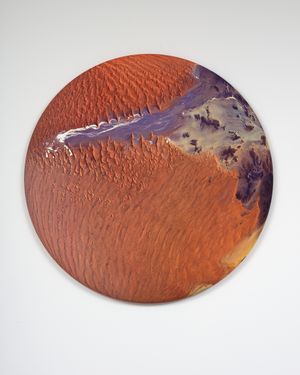 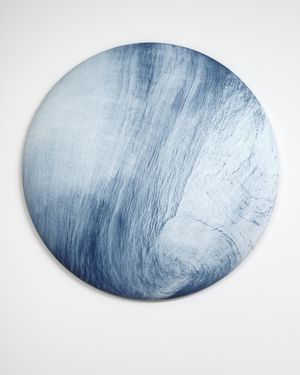 ‘Be then our visible world, our world invisible!’ Edith Sitwell’s words, from her poem ‘Invocation’, echo through Elizabeth Thomson’s recent artistic productions. These epic works - orbs made from fibreglass and resin, overlaid with vinyl and lacquer - transcend the objective world to take us into territories of disorientation, wonderment and awe. They are at once a grasping or embrace of the physical realm, in all its strangeness and lyricism and a ‘letting go’, a setting sail for territories beyond. As distinct from the planets of our own solar system, NASA informs us, the planets that orbit other stars are called exoplanets: ‘Exoplanets are very hard to see directly with telescopes. They are hidden by the bright glare of the stars they orbit.’ Much of the scientific interest in exoplanets - these parallel or lateral realities to our own planet - stems from whether they could be habitable, and what they might tell us about Planet Earth. In Lateral Theories, Thomson claims these ‘exoplanets’ as territories of her own experience and responsiveness. The tondos invoke worlds that exist somewhere between ‘science’ and ‘fiction’, between the quotidian and the dream-state, between the Enlightenment and Romanticism. Lateral Theories is an encounter between the ‘visible’ planet we know and the ‘invisible’ planets that exist within, beyond or alongside our own.

Sign up to be among the first to know when new exhibitions by Elizabeth Thomson or at Two Rooms open.
Sign UpLogin