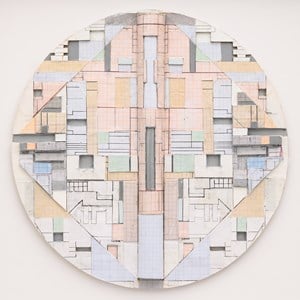 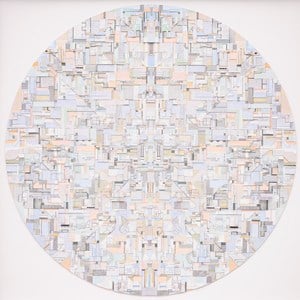 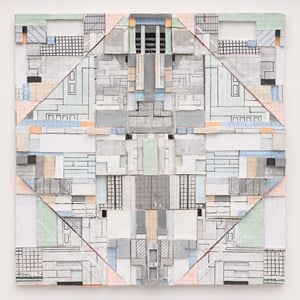 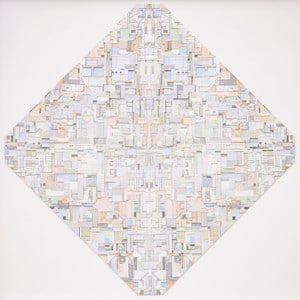 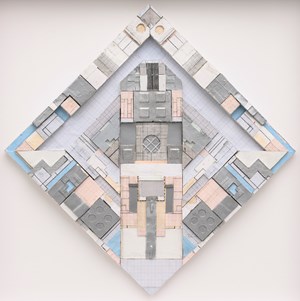 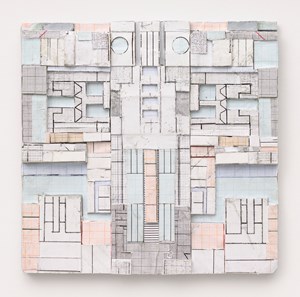 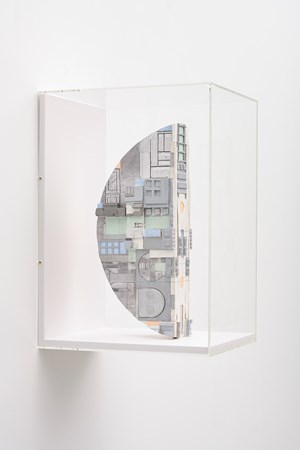 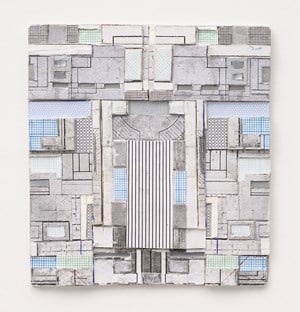 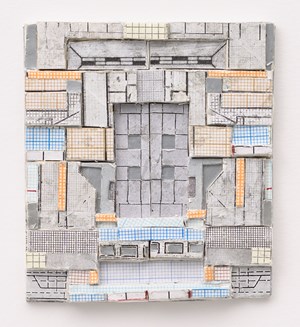 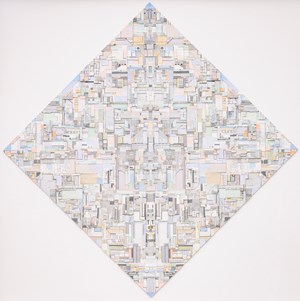 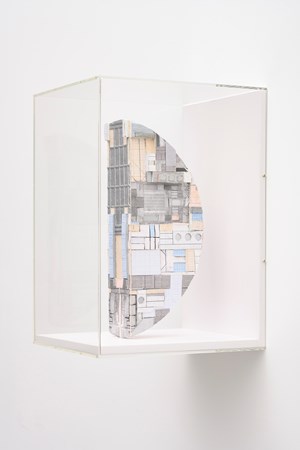 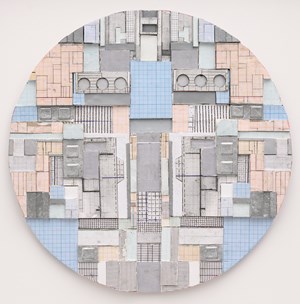 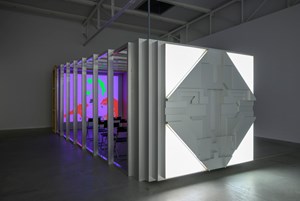 'To spend time in a movie house,' American artist Robert Smithson wrote in 1966, 'is to make a 'hole' in one's life.' The architecture of modern cinemas, the artist noted, aims at an immersive experience. The black box interior, comfy seats and surrounding sound system disconnect you from the outer world, make you forget your body and lose every sense of time. For the duration of the film a movie theatre suspends both time and space. Nothing of this in Philip Metten's CINEMA, the modular and transportable apparatus for showing contemporary artist's films that occupies the central room of Zeno X Gallery. Here films are not projected in a pitch-dark and sound-proof room within the confines of the gallery. Not unlike the lens of a photographic camera, CINEMA unfolds seven rectangular box-like frames into the exhibition space. On one end the interior of the work's very own wooden shipping crate serves as the projection screen. The other side is closed off by an aluminium-clad square wall panel, adorned with a sculptural octagon relief. The four residual triangular shapes in the panel act as lighting elements that dimly illuminate the back wall of the gallery, as if the structure as a whole functions as a projector in and of itself. CINEMA has no seats of its own. Regular chairs can be put within the skeleton, a decision that rests with the hosting institution.

Sculpture and architecture at once, CINEMA clearly delineates an interior, albeit one that is permeable. The structure has no doors, let alone an entrance. One can enter the structure from the flanks, through the sequence of frames. In fact, one does not even need to enter it towatch the projected film. Image and sound exceed its perimeter and blend with the surrounding environment. No holes are made in your life here. Metten's CINEMA fully reinscribes the bodily experience of watching a film within the spatio-temporal conditions of the hosting gallery.

On the occasion of the exhibition at Zeno X Gallery, Metten's CINEMA carries the film Medley 23 Feb. by Anne-Mie Van Kerckhoven, the other artist exhibiting simultaneously at the gallery. Radiant with fluorescent colours, digitally manipulated images and sampled voices and sounds, the film enters into an electrifying dialogue with its vessel-nothing short of a forceful meeting of like-minded spirits.

In the room preceding CINEMA, Metten presents a series of 12 collages. Different in size, format and shape, these works are the assorted result of a process that is at the core of the artist's practice. Most if not all of Metten's work is grounded in a daily activity of collaging bits and pieces of paper into geometrically complex configurations. The resulting graphical compositions serve as the basis for other work, ranging from sculptures, wall reliefs to larger architectural installations. Much-acclaimed projects such the interior of a bar in Antwerp, BE (BAR, 2013), a scenography for an exhibition at Extra City Kunsthal, Antwerp, BE (The Corner Show, 2015) to the façade for Kai Matsumiya Gallery, New York, US (153. Stanton, 2015), all stem from extruding, either vertically or horizontally, the outlines of one of the artist's many collages. The bulky sign that decks CINEMA, for example, also originates from one such collage. For the restaurant ESSEN soon to be opened in Borgerhout, the artist started from a diagram which he folded and then inserted as an interior envelope into an existing building shell.

For the exhibition at Zeno X Gallery, Metten developed a distinctly new body of collages. Playing with both snippets of paper and remnants of old and abandoned models in cardboard, the artist bestowed the inherent materiality of a collage with volume. Innumerable elements of different geometrical shape, stratification, colour and texture have been assembled into labyrinthine three dimensional surfaces. Even though each work has been developed as a mirror-image, established on both sides of a vertical axis, the apparent symmetry is deceiving. Not a single element in any of these collages is actually identical. The frayed edges of the miscellaneous elements, specks of glue, traces of Tipp-ex, as well as the many pencil lines and marks betray the time that went into making these panels. Each work has indeed been painstakingly built up by the artist on a table in the studio, horizontally and layer upon layer, in a process of reverse archeology as it were.

Once the works are mounted vertically on the wall, a fascinating play of scale takes place. While manifestly pictorial from a distance, these works, regardless of their size, reveal a mesmerising material and spatial depth when inspected at a close distance. The almost digital outlook they possess as a whole is shattered by a close-up view. Tangibility then prevails. Past and future irrevocably meet in this fascinating double play. The diverging images Metten's three-dimensional collages conjure up range from Mesopotamian edifices to hi-tech cities, art deco ornaments to sci-fi vessels. Their retro-futuristic character is further enhanced by the distinct colour scheme the artist deploys. Given his predilection for technical drawing paper and copy machine reproduction, pale pink, orange, shallow blue, grey and black reign. These are not the bright colours of publicity or advertising, but the bland hues of administration and engineering. The ruins and cityscapes evoked by Metten don't bespeak promise and progress, but dystopia and desertion.

Philip Metten (1977) lives and works in Antwerp. He is Professor in the sculpture Department and researcher at KASK / School of Arts, Ghent.

Sign up to be among the first to know when new exhibitions by Philip Metten or at Zeno X Gallery open.