Born in Santurce, Puerto Rico in 1981, Otero studied at the Universidad de Puerto Rico before receiving a Merit Recognition Scholarship to study at the School of the Art Institute of Chicago. There, he attained a BFA in 2007 and an MFA in 2009.

In 2009, Otero featured in his first major solo exhibition at Kavi Gupta Gallery in New York. It was the same year that the artist appeared in an institutional show: Constellations (2009) at Chicago's Museum of Contemporary Art. Curated by Julie Rodrigues Widholm, the show explored various and unique approaches to painting dating from the 1940s to the present.

From the outset, Angel Otero's art has pushed the boundaries of painting through a deconstructive and reconstructive method that explores and utilises the inherent qualities of oil paint.

His process resembles an unconventional form of collage. Otero begins by painting representational imagery onto large sheets of glass; as the paint starts to dry he scrapes skins of oil paint from the surface, which are then reassembled and applied to a new surface—be that a canvas, tapestry, or even steel sculpture—to create multi-layered abstract compositions.

More than just an exploration of the versatility of oil paint as a medium, those rearranged and reconstituted elements become fragments of a history enacted by the material.

In much of Angel Otero's early work, such as Esperanza (2010) and Left to Wonder (2011), these elements came from the same skin which he would cut, carve into, and paint over.

These paintings drew inspiration from personal memories based on photographs and physical mementos, which he then fused with the art historical canon through evocations of gestures by painters like Picasso, Poussin, and de Kooning.

As Otero's career progressed and he produced more works, his studio accumulated materials he would first capitalise on in 2017 when he introduced a new series of works in Elegies, a solo show at The Bronx Museum of the Arts. For this new series, the artist created free-hanging large-scale paintings, from fragments of discarded paintings and cuttings, which had been gathering dust in his studio for years.

Engaging simultaneously with painterly concerns of line, colour, and form, the artist applies these fragments in a manner akin to singular brush strokes. Offering a diverse palette, these elements make for more colourful and intricate compositions.

Found materials have long been a component of the artist's sculptures and paintings. Among other things, his works over the years have incorporated chair caning, handmade lace, and chandelier strands, utilising objects with associated memories from his childhood spent in Puerto Rico. For the 2019 exhibition Milagros at Lehmann Maupin in New York, Otero presented works incorporating milagros: Catholic charms that the artist received as family heirlooms.

With his works gaining broad attention both on the American and international art scene, Otero has featured in numerous solo and group shows across the United States, and several overseas, in Mumbai, the Canary Islands, Hong Kong, and Seoul. This includes institutional shows, including at the Chicago Cultural Center (2010), the SCAD Museum of Art (2013), CAAM - Atlantic Center of Modern Art in the Canary Islands, and the Contemporary Arts Museum Houston in Texas (2016).

His work features in several major collections, including The Bronx Museum of the Arts in New York, Istanbul Museum of Modern Art in Istanbul, Turkey; the UBS Art Collection in Chicago, and the Virginia Museum of Fine Arts, in Richmond, Virginia. 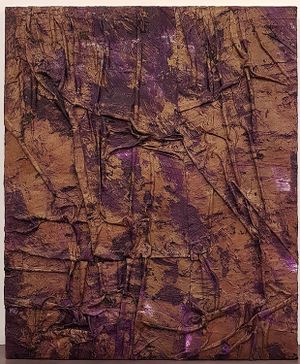 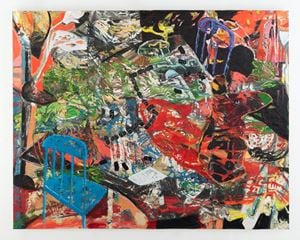 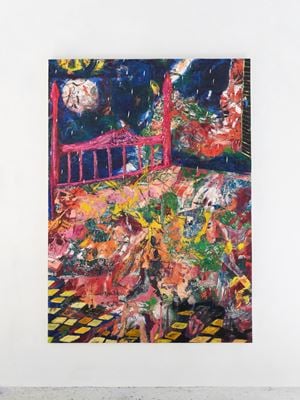 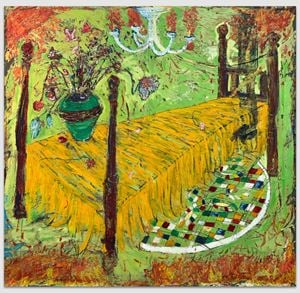 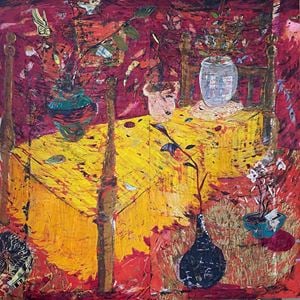 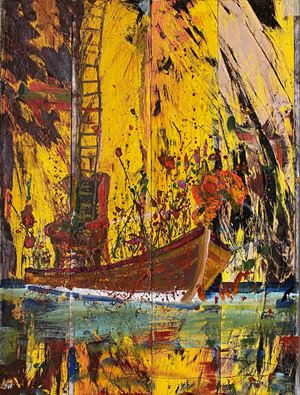 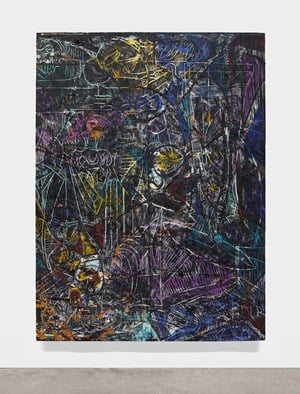 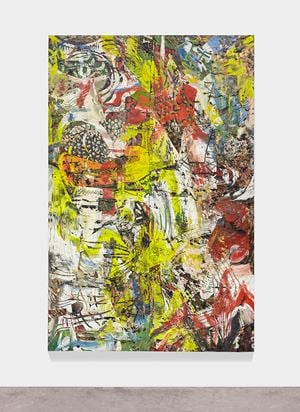 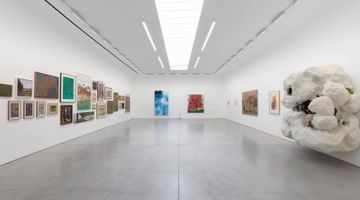 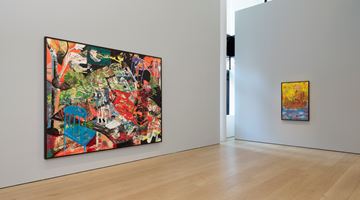 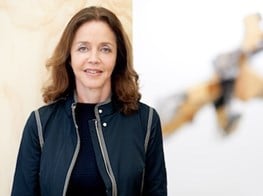 Rachel Lehmann is not only one half of the gallery powerhouse that is Lehmann Maupin, but she is also an international citizen of the world. Lehmann was born in Asmara, Ethiopia, and studied at the University of Fribourg in France. She worked at the legendary Sonnabend Gallery in New York, and was the proprietor of two contemporary galleries in... 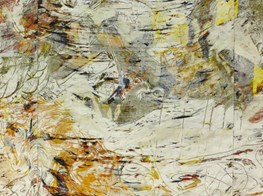 Ahead of two museum retrospectives in America, Puerto Rican artist Angel Otero is presenting new work at his first Hong Kong exhibition at Lehmann Maupin, which runs until July 2. ARTINFO spoke to the painter about this new series, which involves an innovative medium developed by the artist called “oil skins,” as well as his...

Sign up to be notified when new artworks and exhibitions by Angel Otero are added to Ocula.
Sign Up