Although using a variety of media across her practice, Chafa Ghaddar is mostly celebrated for her fresco paintings. She applies various historic fresco techniques in her artwork to explore the fragmentation of time, thus bridging the gap between tradition and future.

Ghaddar's works are a sensual presentation of surfaces that envelop and reveal vulnerability and fragility, celebrating a painting technique that has the ability to transform and grow over time.

Born in 1986 in Lebanon, Ghaddar graduated from the Académie Libanaise des Beaux-Arts (ALBA) in 2009 with a Master's degree in Visual Arts.

While working on commercial decoration projects, Ghaddar developed a deep fascination with fresco painting. In 2012, she attended an intensive course on fresco and traditional painting techniques in Italy, and began to apply these to contemporary forms in her artistic practice.

Taking inspiration from the Portuguese azulejos (traditional tin-glazed ceramic tiles) and the history of tiles traced back to the Persian Empire, Chinese dynasties, the Silk Road, and traditional Islamic design, Ghaddar worked on the façade of Dubai's Al Safa library as part of Art Dubai's residency programme in 2017. Ghaddar's proposal included covering the exterior of the library in 3000 tiles, each individually hand-painted with images of the building's previous form.

For her debut solo exhibition The Visit (2018), displayed at Galerie Tanit, Beirut, Ghaddar presented a collection of frescos in a predominantly pale palette. The series was a presentation of Ghaddar's deep engagement with the notion of liminality. Through her use of fresco, each work initially appeared as a close-up of human flesh, giving them a living and sensual disposition.

Her 2021 fresco series 'Cacti in a Daydream', exhibited in a show of the same name at Galerie Tanit, is an ode to colour and a celebration of the act of painting. The series explores the paradox of the medium of fresco. At once timeless and vulnerable, it is also a unique language to trace specific fragments of time and space, forming a poetic expression of resilience and daydreaming—themes that are the inspiration behind the series.

Chafa Ghaddar held her solo exhibition Recesses at Tashkeel, Dubai, in 2021, as part of her participation in Tashkeel's 2019 Critical Practice Programme.

She was awarded the Boghossian Art Prize for painting in 2014. 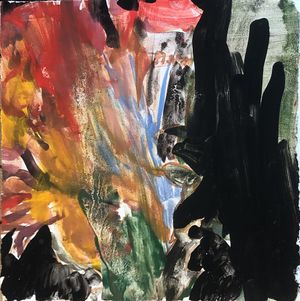 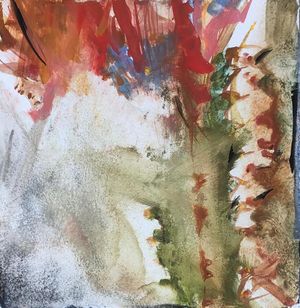 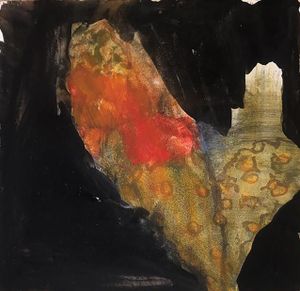 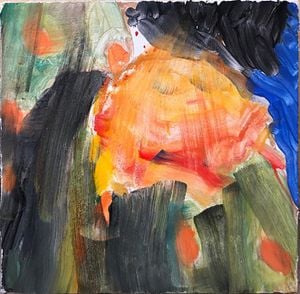 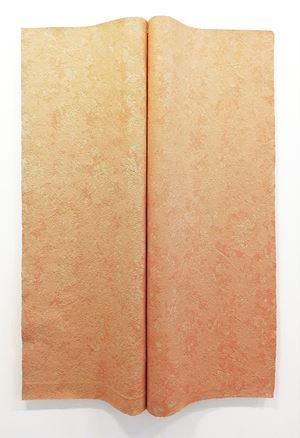 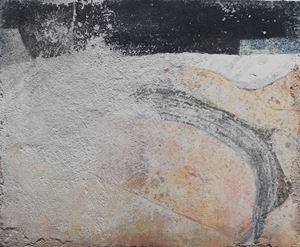 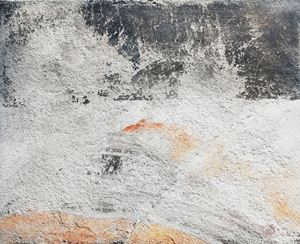 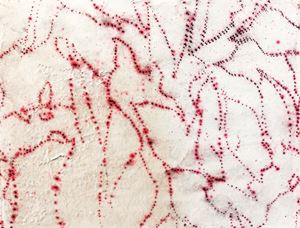 Ocula Feature Acts of Survival: Art in Beirut after the Blasts By Rebecca Anne Proctor, Beirut

Be among the first to know when new artworks and exhibitions by Chafa Ghaddar are added to Ocula.
Sign UpLogin