Setu Lagi was born in Yogyakarta and raised by parents who were teachers and traditional traders. He completed his studies in the Faculty of Art and Design at the Indonesian Institute of Art (ISI) Yogyakarta in 2000. Alongside the inflammation of the socio-political situation in Indonesia in 1998, he and his friends established the Taring Padi art and cultural community. He is now more focused on his work as an individual, whilst collaborating with artists in other fields. A number of group exhibitions he has been involved in include:  ID – Contemporary Art Indonesia, Germany (2010-2011), Biennale Jogja XI – Equator #1, Shadow lines Indonesia meets India (2011),  Climate Art Festival “Hutan di titik Nol” (2013). He has had several solo shows, including: Black Lights”-Yogyakarta (2005), Social Realities – Germany (2005), Are You Ready - interactive mixed media, Yogyakarta (2008). 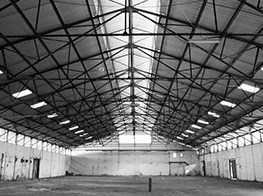 The 2015 Jakarta Biennale, titled Maju Kena, Mundur Kena: Bertindak Sekarang   (Neither Forward nor Back: Acting in the Present), runs from November 15, 2015, through January 17, 2016. Charles Esche, director of the Van Abbemuseum, is collaborating with six emerging Indonesian curators to question what it means to act as artists and... 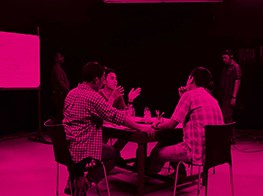 The upcoming Jakarta Biennale is expected to move forward and apply some changes to its original concept. These changes are hoped to make the event one of the world’s most important international artistic gatherings. Renowned British art curator and author Charles Esche will act as lead curator for this year’s Biennale, and has...

Sign up to be notified when new artworks and exhibitions by Hestu Setu Legi are added to Ocula.
Sign UpLogin