Born in Incheon City, Korea, in 1972, Meyerson was adopted by a Jewish-Swedish couple from rural Minnesota at four years of age and raised in the Midwest. He received his BFA from the Minneapolis College of Art and Design in 1995 and graduated with an MFA from the Pennsylvania Academy of the Fine Arts two years later.

In the painting Broadacre (2013–14), Meyerson depicts a densely populated street in a chaotic, dystopian Hong Kong, its buildings stacked on top of each other and overgrown mossy tree branches wedged between them. The megalopolis featured again as an inspiration for the paintings in his solo show No Rest for the Wicked at Perrotin, Hong Kong, in 2013, including Untitled (Four Seasons) (2013) which features dishevelled hotel room sheets from his sleepless first night in the city.

Central Connection (2014), The Air We Breathe (2015) and Japantown (2016) are all psychedelic images of expansive industrial landscapes. Their impossibly curved metal walkways and factory pipes are created by Meyerson's highly physical method of production, in which he takes his source images and stretches, layers, or recolours them using a computer or manually twists and scans them. Meyerson then recreates the dizzying, marbled effects in oil on canvas, producing complex multi-dimensional pieces that breathe life into our crowded modern cities.

In 2004, Meyerson held his first solo show—More than You Want, Less than You Need—at New York's LFL Gallery. He moved to Paris two years later and lived there until 2010, at which time he traveled to Changdong, Seoul, for a residency sponsored by the National Museum of Contemporary Art Korea. Since then, Meyerson has been based in various areas of Asia and has featured the region's cities and their relentless pace and impressive architecture throughout his work. 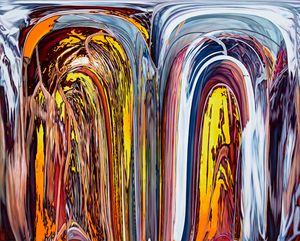 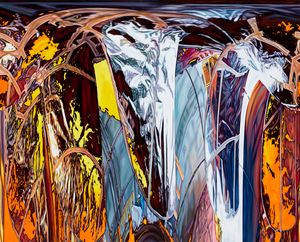 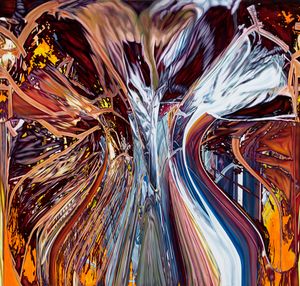 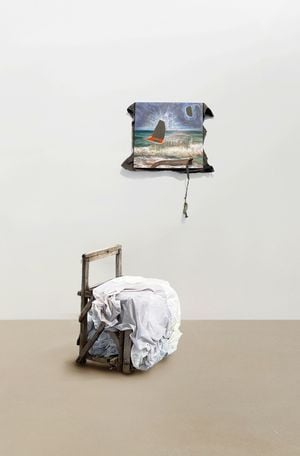 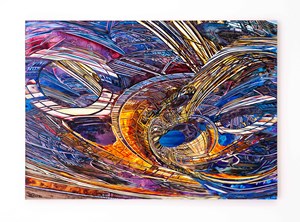 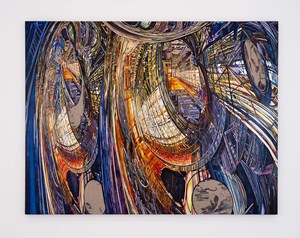 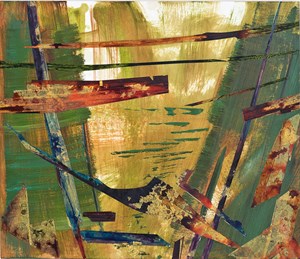 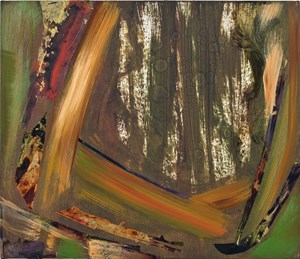 Before the Beginning and After the End at Pearl Lam Galleries is a culmination of what Jin Meyerson describes as his "greatest hits and misses", comparable to a rock star compiling their chart toppe

Looking at Jin Meyerson's work from a distance, words 'complex', 'psychedelic', and 'warped' come to mind. Get a little closer and you begin to comprehend the sheer talent, discipline and patience one

View More
Related Video & Audio Jin Meyerson: 'You Want to Find Out Something About Yourself' 26 October 2018, Christie's

The Korean-American artist Jin Meyerson talks about how returning to South Korea saved him from a creative crisis.

Sign up to be notified when new artworks and exhibitions by Jin Meyerson are added to Ocula.
Sign UpLogin