Beneath its whimsical intrigue, Cerda's practice examines themes of war, exploitation, consumerism, greed, and control. In Untitled (2012), the artist examined the complexities of history and conflict by reworking an image of Japanese prisoners to give the prisoners and captors superhero masks that reflect their respective cultural origins, challenging the concepts of heroes and villains in war. Similarly, in the artist's solo exhibition Powerplay (Cultural Center of the Philippines, Manila, 2015) the artist inserted colour images of modern fairground amusements such as a ball pit into copies of historical war photographs as a comment on the attitude of military leaders to warfare and modern culture's desensitisation to violence.

Cerda undertook similar interventions digitally in his artwork with the series 'OOTD' (2016), which parodies fashion photography and the phrase 'Outfit Of The Day' (OOTD). For the work, modern apparel is digitally overlaid onto recorded images of highland people. The artist developed the augmented reality mobile app Omniscope as a platform for these interventions, using the phone's camera and screen to add greater depth to his artworks. Omniscope's offerings vary from basic animations—as seen in 'OOTD'—to arcade-style side-scrolling games such as the 'Super Nardo' (2018) series, played out on the painting's surface. More than a gimmick, in 'Super Nardo' the artist utilises the classic video game cliché of collecting coins but lays it over war imagery to explore the links between gold, war, and economy. The artist's seemingly faithful painted reproductions and amalgamations of historic imagery gain new meaning by exploring a completely modern digital language.

Cerda's recent series, 'Dahlia' (2019), marks a new direction, turning from historical source material to a dystopian setting—shady back alleyways, solitary parks, and arrays of graffitied billboards, all painted in the eerie purple and blue tones of twilight—Omniscope projects a game where all-encompassing surveillance and technology are dominant and overpowering.

Cerda graduated with a Bachelor of Fine Arts in Advertising from the Technological University of the Philippines in 2011. His work since has been exhibited in many galleries beyond the Philippines, in Taiwan, Singapore, and the United States, and at art fairs such as VOLTA in New York in 2018. He often collaborates and exhibits with other digital artists in The Working Animals Art Projects, especially the curator and painter Ruel Caasi. In conjunction with receiving a Fernando Zóbel Prize for Visual Art at the 16th Ateneo Art Awards in 2019, he was awarded a residency at Liverpool Hope University in England. 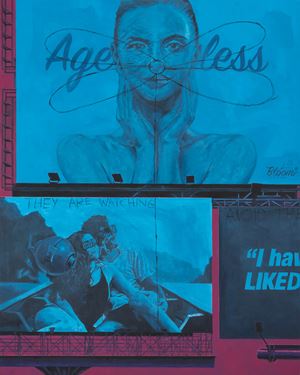 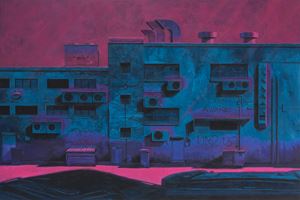 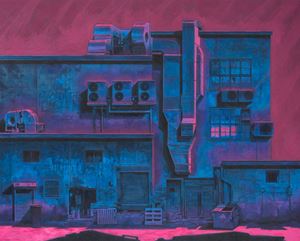 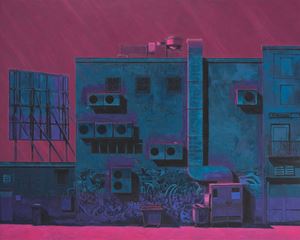 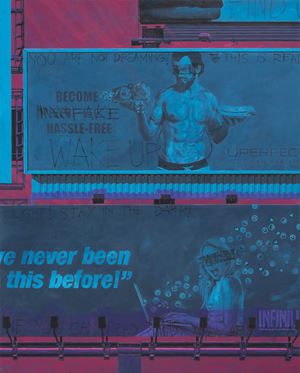 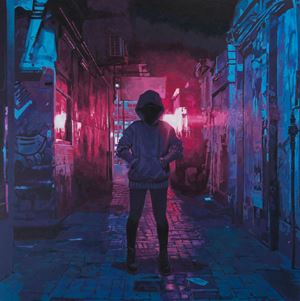 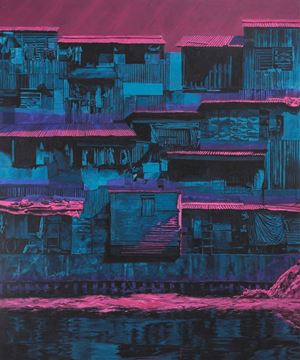 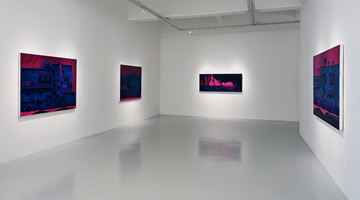 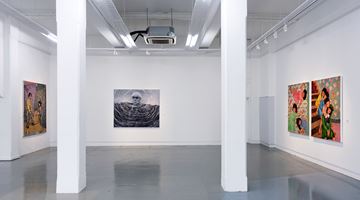 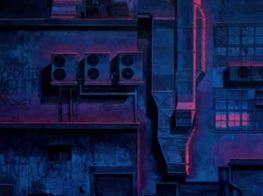 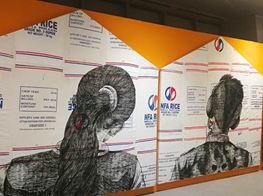 ARTWORKS depicting social issues, graphite drawings and installations, and paintings of an industrial landscape viewed with augmented reality came out on top in the 16th edition of the Ateneo Art Awards held on Sunday at the Ateneo Art Gallery of the Ateneo De Manila University in Quezon City. 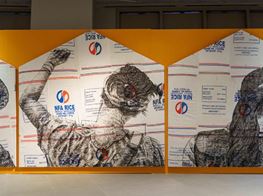 Manila (CNN Philippines Life) — The winners of the 16th edition of the Ateneo Art Awards have been announced. For the Fernando Zóbel Prizes for Visual Art, the winners are Keb Cerda for his exhibition Super Nardo: False Profits, Archie Oclos for Lupang Hinirang, and Cos Zicarelli for Years of Dust Will be a Mountain. 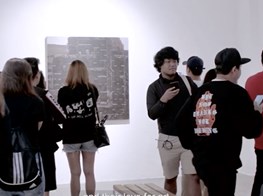 Keb Cerda takes his exploration of possibilities with new media and painting in a new solo show to open this July. This time, he comes up with a video game using his paintings as battlegrounds.

Sign up to be notified when new artworks and exhibitions by Keb Cerda are added to Ocula.