Oliver Perkins' paintings hover between a declaration of formal intent and material process. It is this opposition which he exploits to draw the viewer into a conversation of edge, surface and object. Perkins creates his paintings by stacking stretcher frames, pulling the canvas taught to reveal a an underlying system. It is the process of stretching that the artist adopts as a formal gesture and from which he builds a vocabulary of spatial understanding. The devices of foreground and background are translated into relief, heightening the surface upon which Perkins bisects with irregular lines.

Born in New Zealand, Perkins received his MA from Chelsea School of Art, London, and is well represented between London and New Zealand. His practice is reductive and often monochromatic, and he describes his works as 'physical models that explicitly, and self reflectively, reveal the process and mechanics of production.' Yet the tension between representational space and relational concerns allow for a porous intersection to be established, navigated and negated. 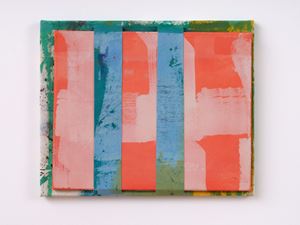 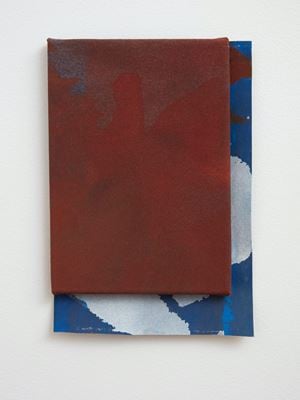 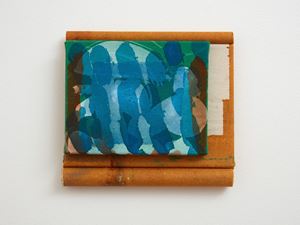 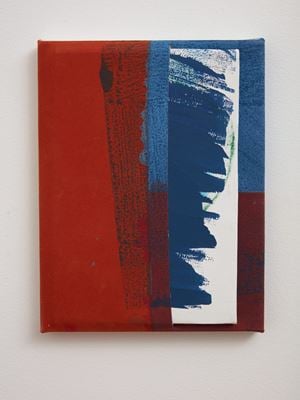 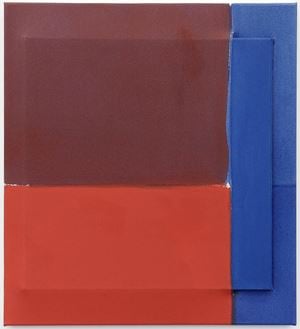 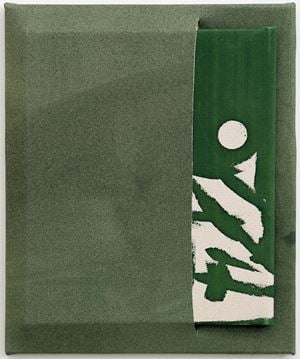 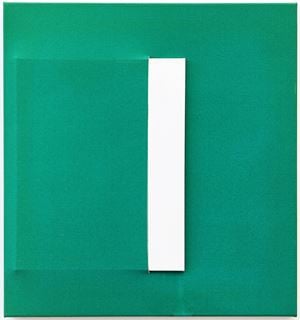 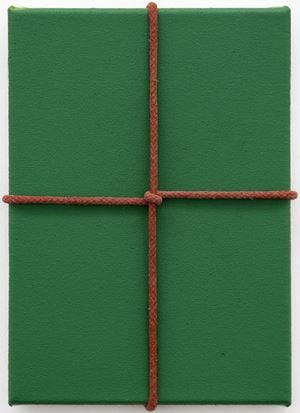 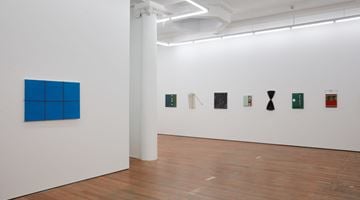 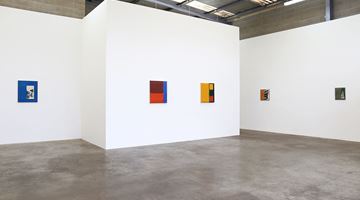 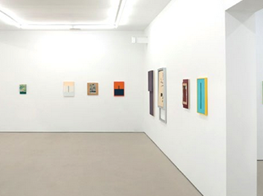 This, Oliver Perkins’ second show at Hopkinson Mossman, carries on his investigations of canvas and stretcher, playing against the usual conventions of portable (but permanent) pigment support - his colour carefully chosen via acrylic and ink. With rectangular stretchers leaning against the wall inside carefully prepared outer canvas frames... 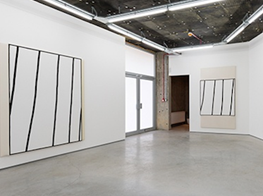 Oliver Perkins’ playful ‘Implant Paintings’ are formed through a defined system that repeats the subtleties inherent to their construction. Perkins defines these works as physical models that explicitly, and self-reflectively, reveal process and document the mechanics of production itself. Using one of the foundations of painting...

Sign up to be notified when new artworks and exhibitions by Oliver Perkins are added to Ocula.
Sign Up