Zhou Tiehai's conceptual projects represent the artist's vengeance and attitude towards the self-absorbed art market. His work's power to amaze and provoke is the result of a host of strategies that mix antagonism with sincerity. The key ingredients that drive Zhou Tiehai's unsettling yet amusing practice includes appropriating classical imagery, generating ironic projections, proclaiming laconic yet heartfelt discourse and actively subverting painterly craft. He takes on the role of both artist and patron since many of his airbrush paintings are rendered by assistants under his supervision. He permits himself to 'play' with art's historical baggage by making paintings that are simultaneously self-aware and self-abnegating, virtuosic and pop all within a single canvas. He manipulates acclaimed magazine covers for his own purposes and articulates the notion of 'artistic agency' within current conditions of the art world and global economy. He makes self-promotional images that subvert the establishment notion of how artists should look and behave.

In the Placebo and Ego (2006) series, Zhou Tiehai ironically replaces his subject's faces with a camel’s head. He chooses canonical portraits by da Vinci, Goya and Ingres as well as contemporary stars like Jeff Koons, Richard Prince and Maurizio Cattelan as his models. Here too, the airbrush technique subverts the 'genius' brushstroke that is the 'inspired' individual signature of the classical master. A placebo is a substitute drug. It is an inert substance administered to stimulate the patient's psychosomatically induced curative effect. The constructed and appropriated imagery of Zhou Tiehai's praxis thus functions as a 'real' placebo. He makes critical art, but not in the conventional understanding of the term. While his works display a narrative that draws on contemporary topics and the mechanisms of artistic reception and the market, he strategically refrains from making any clear value judgments.

Zhou Tiehai was born in 1966 in Shanghai, and attended the art school at the university there, where he also lives and works today. Zhou Tiehai has exhibited extensively internationally at acclaimed institutions such as The Whitney Museum of American Art (New York), Deichtorhallen (Hamburg), Kunsthal (Rotterdam), Shanghai Art Museum and Hamburger Bahnhof (Berlin) and the Mori Art Museum (Tokyo). Additionally, he participated in the 48th Venice Biennale, 5th Shanghai Biennale and 4th Gwangju Biennale. 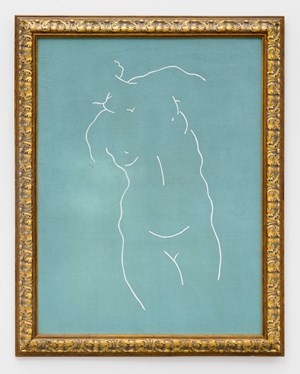 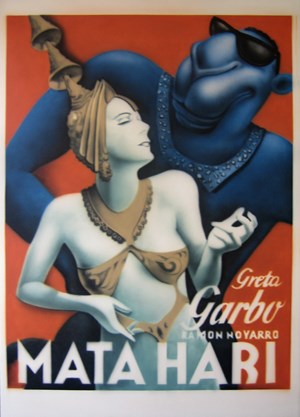 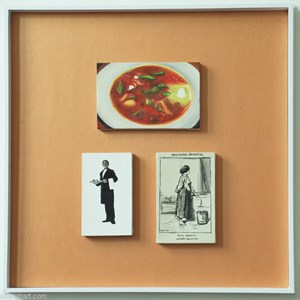 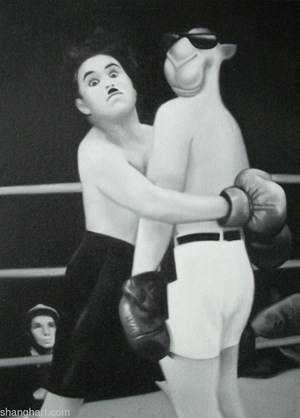 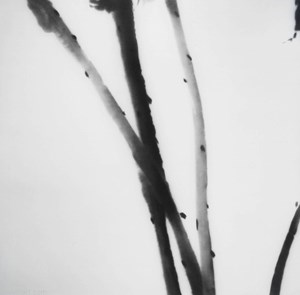 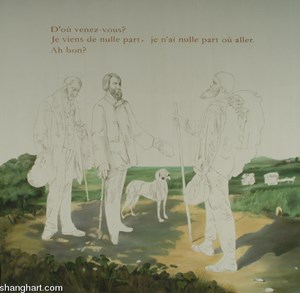 Sign up to be notified when new artworks and exhibitions by Zhou Tiehai are added to Ocula.
Sign UpLogin