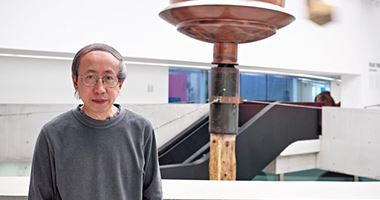 In the 1980s, Huang Yong Ping was lauded as the resident provocateur of the Chinese art scene. Today, though based in Paris, he remains one of China's most well-recognised avantgarde artists. Characterised by his skepticism and persistent defiance of hegemony, Huang's monumental sculptures and installations investigate themes such as tradition, imperial history, ideology, religion, cultural conflict and ecology.

Huang was born in 1954—an era of political upheaval in China—in the southern coastal city of Xiamen, and studied at the Zheijiang Academy of Fine Arts (now the China Academy of Art) in Hangzhou. Graduating in 1982, Huang was amongst the first students to attend the school after the Cultural Revolution. However, Huang was uncomfortable with the traditional, canonical and painting-focused teachings of the academy, and looked elsewhere for artistic insight. He was particularly roused by three distinct schools of thought: Zen Buddhism, the writings of Ludwig Wittgenstein and the avantgarde philosophies of artists such as Joseph Beuys, John Cage and Marcel Duchamp. The lattermost influence led to a distinct Dadaist turn in his early work; alongside Zha Lixiong, Liu Yiling, Jiao Yaoming and Lin Chun, Huang was co-founder of the postmodernist, avantgarde group Xiamen Dada (1983-9). With firm anti-institutional sentiments, the group is remembered for publicly burning their artworks. Asserting that the process of creating is more important than the finished product, the artists explained their actions with a manifesto that read: 'To an artist, works of art are just like opium ... without the annihilation of art works our lives will never be at peace.'

Another important example of Cage and Duchamp's influence on Huang is his early 'Roulette-Series' (1985-1988) which emphasised chance over subjectivity. One work from the series, titled Small Six Turntables (1988), is an assemblage of discs in a leather bag. The discs are inscribed with artistic qualities such as colour, composition and brushstrokes; when spun, their random alignment is meant to determine the outcome of a painting. The work's focus on fate is reminiscent of Huang's Spray Gun Painting from 1981, for which he painted with an industrial spray gun rather than a brush to relinquish control and embrace passive action. A decade later, Huang directly referenced Duchamp in his contribution to the 1997 Skultur.Projekte in Münster. Titled 100 Arms of Guan-yin and loosely based on a Buddhist figure associated with compassion, the large-scale sculpture is an enlarged metal version of Duchamp's 1914 readymade Bottle Rack, with mannequin arms holding various objects.

Beyond his indebtedness to art history, Huang also possesses a certain antipathy towards systems of knowledge. This attitude can be seen throughout many of his works, including one of his best-known: The History of Chinese Painting and the History of Modern Western Art Washed in the Washing Machine for Two Minutes (1987). As an attempt to erase the boundaries between tradition and modernity and East and West, Huang washed both books together and presented the damp contents as a pile of wet pulp on a wooden box. Similarly, for the performance A Book Washing Project, Huang washed all the books off his shelf in Xiamen and presented the resultant mush on the wall.

The distinction between East and West would become even more personal for Huang, when in 1989, at the age of 35, he travelled to Paris as one of three Chinese artists to participate in Magicians de la terre at the Centre Georges Pompidou. However, Huang's trip to Paris coincided with the Tiananmen Square massacre in Beijing, and fearing the unsettled atmosphere, he decided not to return to China. Instead, he immigrated to France, where he has lived ever since. Indeed, in 1999, Huang represented France at the Venice Biennale with a collection of cast-aluminium animals on top of the pavilion's roof.

Often portrayed in violent situations, animals have played a large role in Huang's work. His Arche 2009 (2009) comprises a 50-foot paper boat full of burnt taxidermied animals—a not-so-subtle and rather macabre reference to Noah's ark and detrimental human impact on the environment; while the morbid Leviathanation (2011) consists of a giant fibreglass fish head, stuffed animals and a to-scale train. Critiquing British colonialism and made up of life-size replicas of an elephant and tiger, The Nightmare of King George V (2002) references a hunting expedition Britain's King George took to Nepal in 1911. The crouched position of the tiger on the elephant's back is said to mimic the pose King George assumed while shooting tigers on his trip—the feline replacing the King in Huang's work as if in the monarch's role-reversed dream. Also referencing hunting, his 2015 L'Arc de saint-Gilles features a deer split in half by an archer's bow. And as part of an ongoing series of serpent-themed works, in 2000, Huang installed a site-specific sculpture in Hand Münden, Germany. Titled Python, the work is a 40-metre snake skeleton which wove through a rural bridge. Similarly, Serpent d'ocean (2012) is an 130-metre, aluminium snake skeleton which was installed, half-submerged, off the shore of the Loire River outside of Nantes, France.

Huang is no stranger to controversy: he was met with backlash for his Bat Project (2001-5), which included a replica of the US spy plane which in 2001 collided with a Chinese aircraft and was forced to make an emergency landing on Hainan Island. Feeling the incident too sensitive, French, American and Chinese officials had the work removed from two separate exhibitions. In 2017, in response to calls from activists, the Solomon R. Guggenheim Museum removed Huang's Theater of the World (1993) from the exhibition Art and China After 1989: Theatre of the World, a wooden terrarium-like installation which includes hundreds of live insects and reptiles. In response to the incident, in conversation with Ocula in 2018, Huang stated: 'I am...against the idea of provocation for its own sake. This has to do with the teleological aspect of a work, I advocate for an art form that is aimless.' 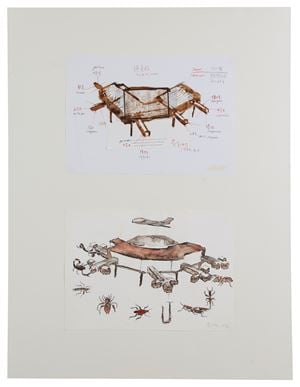 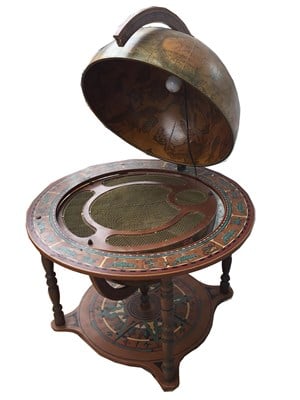 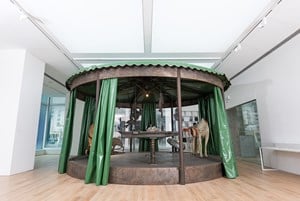 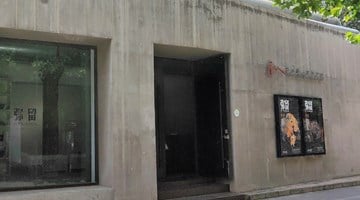 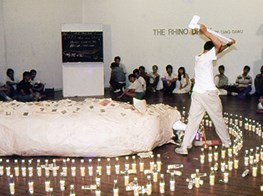 Awakenings: Art in Society in Asia 1960s–1990s, a major retrospective at Singapore's National Gallery (14 June–15 September 2019), opens emphatically in flames. At the exhibition's entrance, viewers encounter a wall-sized image from 1964 titled Burning Canvases Floating on the River. The photograph captures a performance by Lee Seung-taek, in... 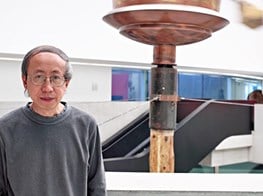 Huang Yong Ping talks about his work Bank of Sand, Sand of Bank, first shown in 2000 at the Shanghai Biennale, and now in New York at Gladstone Gallery. 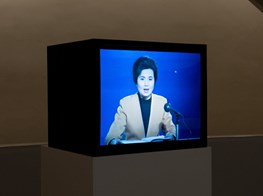 Strange to say, although China has 1.4 billion people, it has only one artist, Ai Weiwei. Or so you'd think if you followed the Western news media. Art and China after 1989: Theater of the World at the Solomon R. Guggenheim Museum wants to correct that impression. With work by some 70 Chinese-born artists and collectives filling most of the... 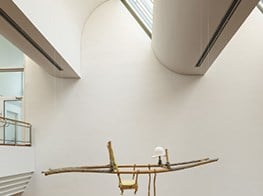 Cologne’s Museum Ludwig is holding an exhibition of the Chinese artist’s work spanning from 1983 to 2004, including a recent acquisition by the Museum as part of the Wolfgang Hahn Prize 2016. As the exhibition draws to a close on 28 August, Art Radar offers a view of the show with an exclusive photo gallery. 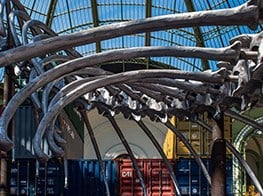 As regimes rise and fall in the age-old battle for domination, the world teeters on the edge of a black hole. ‘There is always hope,’ says Huang Yong Ping at the opening of Empires, his bespectacled eyes crinkling at the edges in a smile. ‘To get to optimism you have to understand pessimism.’ For this year's Monumenta... 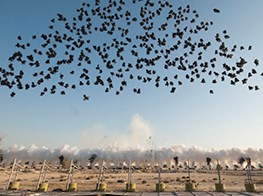 Do Westerners take Chinese artists seriously as artists? Or are they merely illustrations of a changing China? Uli Sigg, a Swiss businessman and former ambassador to Beijing, began buying Chinese contemporary art in the 1970s, when artists, often working alone and in secret, were reacting to the political turmoil of the time. His collection of over...

Sign up to be notified when new artworks and exhibitions by Huang Yong Ping are added to Ocula.