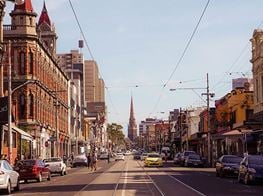 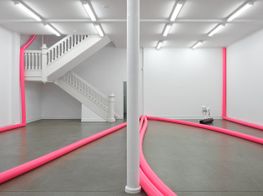 Created by the founders of 1301PE in Los Angeles and Starkwhite in Auckland, the gallery provides them a permanent presence in Australia, and space for something new.

The gallery was conceived by Brian Butler of 1301PE in Los Angeles and Dominic Feuchs of Starkwhite in Auckland during the pandemic, when travel was limited and art fairs were being cancelled.

'We realised if we're not spending millions of dollars a year on art fairs maybe we should just set up a gallery,' Feuchs told Ocula Magazine.

Australia is a bigger market than New Zealand, and presents good opportunities to show global artists, he said.

Butler, who has previously likened galleries' control of artists to Monsanto's control of seeds, said opening in Melbourne instead of, say, New York had its advantages.

'There might be an artist I've always wanted to show, but we couldn't show in the Northern Hemisphere because a big gallery controls their work,' he said.

While the name 1301SW is a portmanteau of the two founding galleries' names — 1301 was the address of Butler's original gallery on Franklin Street in Santa Monica, plus the initials 'SW' for Starkwhite — Butler said the Melbourne gallery 'should be its own thing, but have the creative resources and financial resources of these two galleries to help it.'

Both Feuchs and Butler said they have no intention of helicopter parenting the gallery, flying in for every opening the same way galleries swoop in for art fairs.

Feuchs said that 1301SW has 'been set up with such a strong director that we won't have to be over there all the time.'

The gallery is being led by Jack Willet, the former director of Station Gallery and Melbourne's Centre of Contemporary Photography. Willet and artist Jonny Niesche curated 1301SW's opening exhibition, An eeriness on the Plain, which ran from 18 June to 22 July.

(Another Australian artist featured in the show, Mikala Dwyer, is now represented by 1301SW independent of 1301PE and Starkwhite.)

'To my knowledge that was the first time works by David Ostrowski, Blair Thurman, Anselm Reyle, and Alexandra Bircken have been shown in Australia, so it was a real coup to bring their works out,' Willet said.

Niesche, who creates mesmerising colour transitions using sublimation printed voile, will be the first artist to show solo at the gallery when his exhibition Atoms Encode takes place from 30 July until 10 September.

In addition to diamond-shaped layered voile works, the exhibition will include two new experiments for the artist: a foray into light boxes and a six-metre by three-metre lozenge-shaped installation that will be embedded directly into the back wall of the gallery.

'Johnny's practice is so precise and specific, but within that he allows for a huge amount of development, change, and discussion,' Willet said.

Creating something precise and specific while allowing for development, change, and discussion is a good description of what 1301SW hopes to accomplish in Melbourne.

'There's so much opportunity with having three people with three different groups of similar yet different experience, and I think that's going to allow us to offer something exciting here,' Willet said. —[O] 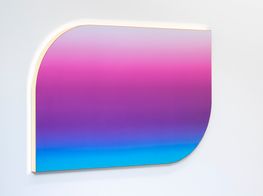 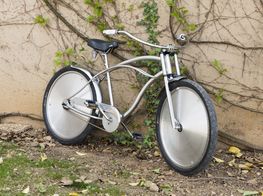 Belgian artist Ann Veronica Janssens creates 'propositions' or 'interventions' rather than art works. Her installations are based on the relation to time and space. Through the uses of light, artificial fog, projections and sound, Janssens' work 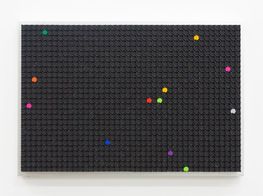 Rebecca Baumann works are often kinetic and ephemeral in nature, her sculptures and installations seek to affect the audience through their experiential, momentary and emotive qualities. Baumann’s current area of interest, the relationship