A recent gift of over 4,000 texts prompted the museum to create a new study centre devoted to Surrealism.

Theo van Baaren, Offer (1989). Gift from the artist to Laurens Vancrevel and Frida de Jong in 1989 and donated to Museum Boijmans Van Beuningen in 2018.

Collectors Laurens Vancrevel and Frida de Jong have donated over 4,000 items, including monographs, catalogues and literature on Surrealism, to the Museum Boijmans Van Beuningen in Rotterdam, the Netherlands.

The gift builds on a collection of Surrealist artworks the museum has been amassing since the early 1960s, which comprises pieces by Salvador Dalí, René Magritte, and others.

With its new trove of Surrealist texts, the museum plans to open a study centre devoted to Surrealism, the first of its kind, which they say will be open to anyone with an interest in the movement.

Vancrevel and de Jong described the study centre as 'a brilliant idea'.

'It shows clearly that in Surrealism, as a philosophy of creativity, visual art is not detached from poetry or from the maker's view of the world,' they said. 'Our Surrealism library will come into its own there.'

The Boijmans, which opened in 1849, was built on the contributions of private collectors. Some 1,700 of them have gifted over 50,000 objects so far, including works by Hieronymus Bosch and Jacob van Ruisdael provided by Frans Boijmans and Daniël George van Beuningen, two private collectors who give the museum its name. —[O] 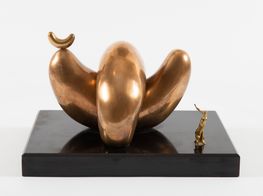 One of the most well-known artists of the 20th century, Salvador Dalí is especially recognised for his Surrealist paintings, sculptures, and films exploring the unconscious mind. Madrid Born and raised in Figueres, Spain, Salvador Dalí enrolled 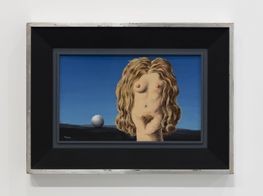 The dream-like imagery and distorted realities in René Magritte's Surrealist paintings had an enduring impact on art of the 20th century. Early Years Magritte was born in Lessines, Belgium. His childhood was marked by both a precocious interest