Slavs and Tatars is a collective that represents, in their own words, a “faction of polemics and intimacies devoted to an area east of the former Berlin Wall and west of the Great Wall of China known as Eurasia.” The collective works across media, disciplines, and to quote the artists, “a broad spectrum of cultural registers (high and low) focusing on an oft-forgotten sphere of influence between Slavs, Caucasians and Central Asians.”

Slavs and Tatars' geographical remit have put them in a good position to curate this year’s Marker, a curated section at Art Dubai that focuses on emerging art scenes from different regions of the world, which this year trains its view on Central Asia and the Caucasus. In this interview, Slavs and Tatars talk about their latest curatorial project. Concurrent with Marker, the collective will also exhibit at The Third Line in Dubai in an exhibition titled Language Arts, showing from 17 March to 17 April 2014.

How do you feel about putting Central Asia and The Caucasus, together for Marker?

That’s a good question. Essentially, the fact that they have been put together reveals our collective ignorance about the regions in a way, because of course these regions have very little to do with one another, topographically, linguistically, socially. Yet, we still put them together because of a kind of post-Cold War shorthand, basically. In Central Asia, you have a steppe landscape, which is primarily Muslim if not with heavy influences of shamanism, pantheism, Hinduism and Buddhism, because this was the eastern frontier of the Muslim world and obviously enormous stretches of land were scarcely populated. On the other hand, the Caucasus is obviously the exact opposite. It is one of the most densely populated regions in the world, it is very multi-religious in the very official Abrahamic sense – Christian, Muslim, Jewish – and of course the region is a kind of Tower of Babel. Al-Mas’udi, the 10th Century Arab geographer, called it ‘Jabal al-alsun’, or the ‘Mountain of Tongues’. So they are very different, distinct regions.

Could you expand on this idea of the two regions being kind of Cold War leftovers?

One of the most important reasons why we wanted to do this exhibition in the Gulf is how the Muslim world defines itself with another sort of short-hand: MENASA. When I think of this acronym, the first thing that springs to my mind is: what the hell happened to Central Asia and the Caucuses?

So you see this curatorial as the filling in of an omission of sorts, or a gap in terms of the shared history and heritage of Islam amongst the three regions?

Exactly. So on the one hand, I would say there are definitely things that Central Asia could learn from the Gulf in terms of cultural initiatives, but there is also a lot that the Gulf could take from this region, too, in terms of fishing for a coherent, continuous or authentic Muslim heritage. Instead of looking to a very gulf centric view, which is obviously not to look at a Shia centric view, but there is a sort of third way – of many ways – that triangulates those two: what pulls and dominate our understanding of Islam today. It is a view of Muslim modernity that you can see historically in places like Baku or Tashkent.

Can you talk about the five spaces you have selected to take part in Marker as part of your curatorial?

We were really keen to get a mash up of spaces, or different registers, so we have Astral Nomads, in its current iteration as an online resource. Then there is an affiliate of the national museum, NCCA, in Dagestan, which we are happy to have on board as it renders the picture of the Caucasus to be more complex, since we imagine the Caucasus to be Georgia, Azerbaijan and Armenia, these three countries, along with a whole region equal to the size of these three countries that are still a part of Russia. NCCA is a publicly funded arts institution in Russia that is a real grassroots attempt, like a Kunsthalle, basically. Then we have the other spaces, such as Popiashvili Gvaberidze Window Project from Georgia, co-founded by Irena Popiashvili, who is someone who has managed to work on both sides of the spectrum, commercial and non-profit, both in the United States and in Georgia (Popiashvili co-founded Newman Popiashvili Gallery). And there’s ArtEast, an artist-run school in Bishkek.

And can you talk about the presentation of the Marker section as a Eurasian tea salon?

Of course, there’s often an emphasis on seating in the spaces we produce as Slavs and Tatars, but also the idea is that ideally, this project is supposed to become a departure point for larger discussions. As you know, we are not interested in art as an end in itself. It has to speak to the larger issues facing us. We are shameless about the instrumentalization of art in the services of something else, and for us work should be instrumental to larger discussions around ideas and questions of faith, identity, nation building, preservation of history and so on and so forth.

We decided that, since this region is not only remote to the western world but also to the Middle East, we thought we should start by producing a foundation. So, if this place is still unknown, impenetrable and still a blind spot, we should familiarize our audience – meaning the Gulf, mainly, in the context of Art Dubai – with the notion of representation and figuration in this region within the space of the teahouse.

We want to show how artists from Central Asia and the Caucasus are presenting themselves, their topography, their spaces, their everyday lives. We’ve called it a ‘Regime of Portraiture’ and this is also to give a a cushion to show work from earlier periods – the 1960s and ‘70s – and not just focus on late-20th century and 21st century contemporary art.

Which actually fits well with the launch of Art Dubai’s Modern section.

Yes and this is quite fortuitous.

It is an interesting parallel, thinking about Arab modernism as a kind of forgotten history that is not as well-covered or documented as contemporary scenes, suggesting a gap, which is what the Modernism section intends to furnish. It is fitting that this same year Marker is presenting two regions that you are bringing back into a kind of fold of Islamic or even Oriental modernity.

Yes, you’re right. And you know, Dr. Sussan Babaie, professor in Persianate and Islamic Arts of Asia at the Courtauld Institute of Art, says when you look at Islamic art historiography, we talk about the contemporary and the modern, but then it drops off and goes into the Islamic arts of the 15th and 16th centuries. But what exactly happened between then and the 19th century? What do you call the 18th century in Turkey, for example, or early-19th century in Iran?

So it's fitting that this is happening in an art fair, a structure of modernity. I also find it interesting that you are using a private, commercial space as a platform upon which institutions might be strengthened, through a kind of cartographical project that seeks to establish new networks within pre-existing networks. Both the market and institution survives on networks, so the focus on such spaces recalls the view offered by Matthew Collings at an Intelligence Squared debate during Art Basel in Hong Kong in 2013. That the strength of the market is directly correlated to the weakness of public institutions, but your curatorial also relates to how public institutions are run increasingly along market terms. What are your thoughts on these points?

This is interesting for us as well because again, I think it is a question of detournement – taking things that exist, whether it is representational work or a region that has been forgotten, and to use an art fair, which is said to be the most crass manifestation of market forces, to do this. And our arrangement – the tea salon – was an attempt to slow things down. We all know how time works in an art fair; you can only give two or three minutes to people! But this also relates to the perversion that both museums and art fairs share the same weakness; there is nowhere to sit, you cannot occupy the space, since it is more about passing through.

So for us, before talking about participation and the social space, and questioning whether art is fraudulent, or if art fairs are a nightmare, let’s first create environments where people feel comfortable to engage with art as a transformative experience. — [O] 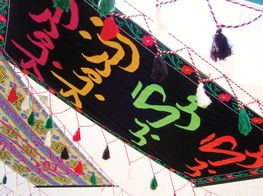 Slavs and Tatars is a collective of artists who identify “the area east of the former Berlin Wall and west of the Great Wall of China”—a vast landmass where Europe and Asia merge—as the focus of their work. First organized as 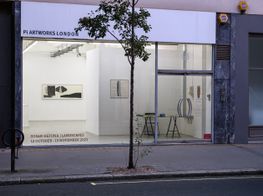 Pi Artworks was founded by Yesim Turanli in 1998 in Istanbul and for the past 15 years has been introducing Turkish and international artists to the primary market. Since its founding, Pi Artworks has been committed to showcasing the best of 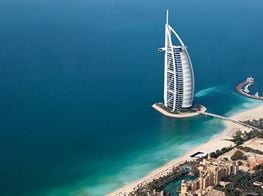 Dubai is a node for arts and culture in the Middle East. Since Christie's held its first auction of modern and contemporary art in the region in 2006, the emirate has established itself as a market centre, bolstered by galleries, non-profits, and