Along with husband Ruben Vardanyan, Veronika Zonabend is the founder of Dilijan Art Initiative, which is a new project for the IDeA (Initiatives for Development of Armenia) Charitable Foundation, also set up by Vardanyan and Zonabend.

The Initiative, aims to create a framework for the development of the city of Dilijan and Armenia as a whole, and to promote Armenian culture internationally, providing support for the presentation of work by artists from the Armenian diaspora. Although set to officially launch in 2016, in 2015, the Dilijan Art Initiative has supported two major projects: the National Pavilion of the Republic of Armenia at the 2015 Venice Biennale (which was awarded the Golden Lion); and the Armenian related projects included in the recently opened 14th Istanbul Biennial.

In this interview, Zonabend discusses the Initiative's two recent projects, shedding light on the delicate intricacies of the Istanbul Biennial when it comes to the Armenian presence in the event. And considers how both the Venice and Istanbul participations reflect the ethos of the Dilijan Art Initiative as it prepares to fully launch in 2016.

I wanted to begin by asking about the two projects the Dilijan Art Initiative supported in 2015, namely, the Armenian Pavilion at the 56th Venice Biennale, curated by Adelina von Furstenburg and which won the Golden Lion, and the 14th Istanbul Biennial, curated by Carolyn Christov-Bakargiev, for which the Initiative supported all Armenian-related projects. I wanted to know how these two projects reflect the ethos of the Dilijan Art Initiative?

This is a good question, but it is not easy to answer! First of all, we could not ignore the fact that 2015 is an important year for the Armenians. What happened in 1915 is part of a history to which the Armenian nation identifies, so this was a good moment to evaluate the legacy of Armenia’s 20th century history in order to move forward into the future. What we really wanted to do was go beyond the mentality of victimhood, toward a mentality of success; Armenians are not only survivors, but they have managed to keep, develop and enrich their ancient culture and traditions.

I think that art is a special language in this regard: it helps people to express their emotions. But another thing is that in Venice, Armenian artists did not only represent Armenia—these were the grandchildren of the diaspora—so it also showed how Armenia is part of the world. What happened 100 years ago was an attempt of destruction of the whole Armenian nation, the people were thrown away from the lands they lived for thousands of years, but it was also the tragedy for the presence of Armenians in the world in all aspects, from the arts to science, technology and diplomacy. So of course, we are very happy that the Pavilion won the Golden Lion, because it helped a lot by way of gaining recognition for a nation that is at once a cultural centre, and that has played a cultural role globally speaking. The art touches emotions and mindsets strongly and directly, we consider art as one of the most powerful vectors to help Armenians redefine their identity for the 21st century, without losing the legacy of the 20th century. 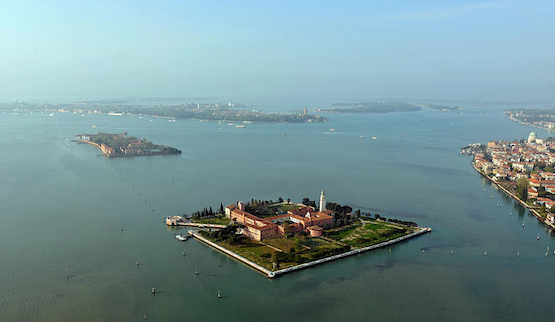 The Armenian Pavilion, at Mekhitarist monastery on the island of San Lazzaro degli Armeni

Right, because of course the Armenian Pavilion in Venice really interrogated the idea of the nation not just as something contained within its modern borders but something that has become very global as a result of Armenian history, notably, the Genocide of 1915.

What happened 100 years ago was a great tragedy not only from the point of view of the victims. But now is the time to rejuvenate what has been destroyed, and to acknowledge the fact that Armenians have something to say to the world, especially from a global perspective. The culture is more of a network in this sense.

To this end, 2015 helped to unify the nation in relation to this history. It was the year two groups [united]: the Armenians of Western Armenia who suffered the most during the Genocide and settled mostly in the western world or the Middle East, and those who stayed on in the territory of Armenia, which became part of the Soviet Union. The people who grew on either side are carriers of different mentalities: either more connected with Russian culture, or with western culture. Even the language is slightly different between the western and eastern Armenians, and this becomes even more complicated when you think about the legacies of the diaspora in general. Of course, things are assimilated more or less, but there is still a firewall, which is exactly what we at the Dilijan Art Initiative are trying to break down. This is not a business project at all. It’s about uniting the community. 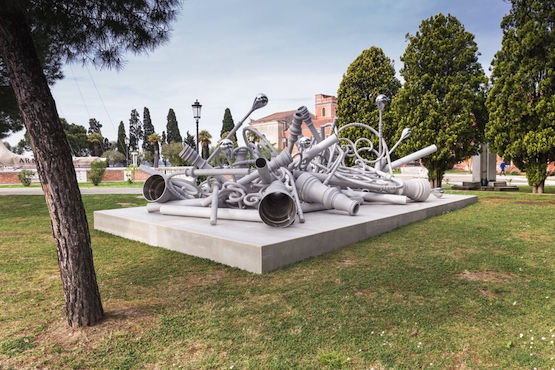 I wanted to stay with this idea of a bridge because while Venice acted as a bridge between nation and diaspora, your support at the 14th Istanbul Biennial expanded this further by making links beyond Armenia itself through the support of projects by Vernon Ah Kee, Michael Rakowitz, Francis Alys, and Kristina Buch. This worked on two levels: first it inserted a quiet insistence on the Armenian question in Turkey on the centenary of the Genocide, as well as expanded on this idea of Armenian culture as a global network.

This is what struck me the most about Carolyn Christov-Bakargiev’s concept for this biennial. I think she took a very long-term view that comes from a deep understanding of the issues, which makes it important to include non-Armenians when it comes to thinking about this idea of recognition of the Armenian Genocide in 1915. Actually, recognition is more an issue for Turkish society than Armenian: it is Turkish society that needs to acknowledge this in order to move forward. In the case of the Armenians, it is actually more about passing through from the suffering about the past to creating a bright future. Of course, we should remember the history, but the recognition will make the Turkish society the biggest winner, as it will cure itself. While the Armenian mentality will not change because of this. However, the recognition may have some political impact. 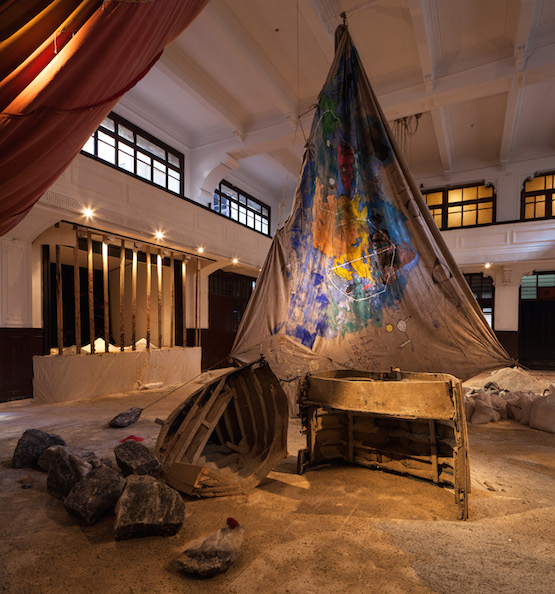 What would make a difference?

I would say it is more important to identify, understand, and create bridges; it’s mutual. It is important to learn from each other and to be open; this is the core of what the Dilijan Art Initiative is about. And it is the right time to do so. It would have been hard with the previous generations, who retained the physical trauma and memory of events of the 20th century. But with the next generation, who didn’t have this physical trauma, they can overcome it and move forward.

For instance, I’m very pleased that the daughters of Paul Guiragossian, the world-class painter, decided to come to Istanbul, and to lend his works to the Biennial. This was not an easy decision for them to make, however, which again attests to Carolyn’s great vision: she managed to convince Guiragossian’s daughters to give their father’s works in Turkey. The visit to Istanbul for some Armenians was huge, actually. For many, it was their first time in Istanbul. 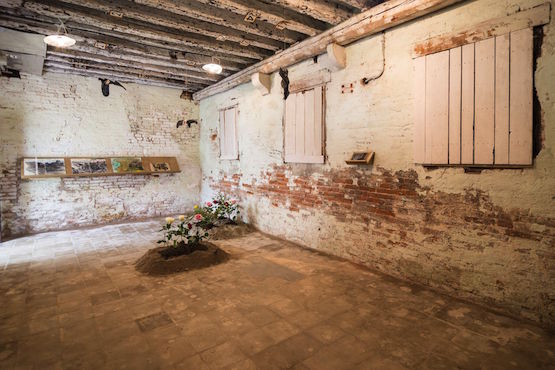 It seems that the Armenian portion of the 14th Istanbul Biennial drew the most praise; it was what really tied the entire thing together for a lot of critics, myself included, which is interesting. Talking to you, I see that the vastness of the Biennial was in many ways a buffer zone with which to cocoon the Armenian core of the exhibition.

What Carolyn-Christov Bakargiev tried to show was how Istanbul used to be Constantinople, but she didn’t do this in the manner of a political pamphlet, let’s say, but with a level of real care. And she had strong support from IKSV, which says a lot about their vision for what Turkey needs. The Armenians played an important role in the Ottoman Empire and half their historical buildings in Istanbul were built and designed by Armenians. And this history cannot be erased. But unfortunately, human beings don’t seem to learn. 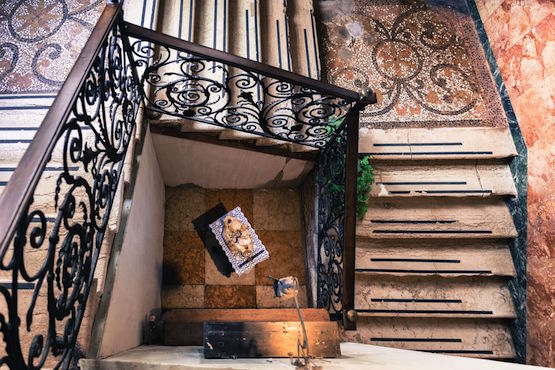 This brings us back to the Dilijan Art Initative, which is trying to push beyond this impasse: that we seem to fall back to consumption not only of things but of each other. At this point, it would be nice to talk about the next stage of the initiative, which is to establish a Global Summit and an art residency in Dilijan itself, where you also operate a United World College, UWC Dilijan, whose first students will graduate in May 2016. I wonder if you could talk about that?

The main identity of Dilijan Art Initiative is about connection and education. We believe in education as a powerful instrument for creating the future, and art is one of the ways to learn – as I said before, it is a special language.

Now, Dilijan itself is a special place. It is rural but at the same time sophisticated. It is also a place between two capitals: Tbilisi and Yerevan. In the 19th century, it was the place where Armenian nobles who lived in Tbilisi would summer, and they brought culture with them: Tbilisi (Tiflis at that time) was a cultural centre of the Caucasus at the time—very cosmopolitan with a strong Armenian presence. In Soviet times, heritage was even stronger, because this was one of the resorts offered to unions of composers and writers fully supported by the Soviet Government: they would be given places to stay in the area for some time: Dmitri Shostakovitch was here, for instance, and Benjamin Britten was invited to come. So it also has this interesting architecture from the 1960s.

What we want to establish is an art residency, but to make it something different: an experience that is not like anything you could find elsewhere. We also want to connect with good art institutions in different parts of the world, and to bring them to Dilijan. Ultimately, we want this to be a cultural meeting place that is open; a place that gives you something. We don’t want to consume; we are looking to create a different energy, and produces knowledge that enables creation. I think one of the main issues of modern society and the problem with the education system in general is that everything is focused on consumption. But real satisfaction comes from creating. —[O]