Tom Wesselmann was born in Cincinnati, Ohio, on February 23, 1931. He attended Hiram College in Ohio from 1949 to 1951 before entering the University of Cincinnati. In 1953, his studies were interrupted by a two-year enlistment in the army, during which time he began drawing cartoons. He returned to the university in 1954 and received a bachelor's degree in psychology in 1956. During this time, he decided to pursue a career in cartooning and so enrolled at the Art Academy of Cincinnati. After graduation he moved to New York City, where he was accepted into the Cooper Union and where his focus shifted dramatically to fine art. He received his diploma in 1959.

Wesselmann became one of the leading American Pop artists of the 1960s, rejecting abstract expressionism in favour of the classical representations of the nude, still life, and landscape. He created collages and assemblages incorporating everyday objects and advertising ephemera in an effort to make images as powerful as the abstract expressionism he admired. He is perhaps best known for his great 'American Nude' series with their sensuous forms and intense colours. In the 1970s, Wesselmann continued to explore the ideas and media which had preoccupied him during the 1960s. Most significantly, his large 'Standing Still Life' series, composed of free standing shaped canvases, showed small intimate objects on a grand scale.

In 1980, Wesselmann now using the pseudonym Slim Stealingworth, wrote an autobiography documenting the evolution of his artistic work. He continued exploring shaped canvases (first exhibited in the 1960s) and began creating his first works in metal.

He instigated the development of a laser-cutting application, which would allow him to make a faithful translation of his drawings in cut-out metal. In the 1990s and early 2000s, the artist expanded these themes, creating abstract three dimensional images that he described as 'going back to what I had desperately been aiming for in 1959.' He had indeed come full circle. In his final years, he returned to the female form in his 'Sunset Nudes' series of oil paintings on canvas, whose bold compositions, abstract imagery, and sanguine moods often recall the odalisques of Henri Matisse.

–The Estate of Tom Wesselmann

Who is Slim Stealingworth? He wrote an 80-page essay for a Tom Wesselmann monograph in 1980. He also penned various catalogue essays for Wesselmann until 2002, two years before the American pop artist's death. 'Many of these earliest works began with finding a piece of wood that seemed special,' Stealingworth notes about Wesselmann's process.

LONDON — Following Baghdad's fall to US troops in 2003, more than 15,000 artifacts were looted from the National Museum of Iraq by thieves. The presence of ISIS went on to facilitate further destruction of ancient culture in the country, yet looting and pillaging in Iraq is nothing new. Western archaeologists have been laying their claim...

Read More
Related Press What shows to see during FIAC in Paris next week 14 October 2016, Whitewall

Do yourself a favour: next week during FIAC, wander beyond the walls of the Grand Palais. Paris is a scattered city that has a lot of art to offer, everywhere. In the face of the infinite exploring options, the following list should provide some assisted guidance. Enjoy! 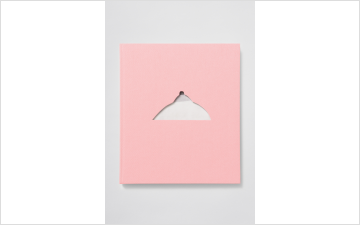