Four years after the spectacular Cathedral of the Pines show, Gregory Crewdson's latest series An Eclipse of Mothswill premiere in Europe at Templon in Paris. This ensemble of sixteen panoramic photographs is the result of over two years' work.

In an America mired in a health and political crisis, with the presidential campaign in full swing, Gregory Crewdson, the undisputed master of staged photography, offers an empathetic and critical reflection on his country. Depicting outdoor scenes in a small, desolate town in post-industrial New England, the artist conceived the works as a meditation on the fragility of the world, brokenness, the yearning for redemption and the quest for transcendence.

For more than 25 years, Gregory Crewdson has been creating complex, skilfully staged photographs that draw greatly on the codes of cinema. His creative process is similar to film production with all its logistical and technical complexity: storyboard, team of technicians, choice of sites, sophisticated lighting and actors' poses. In consultation with the municipality, the artist spent months travelling around the city before finding the various places that served as sets, including a taxi depot, an abandoned factory complex, a concrete burial vaults facility, deserted backyards... Crewdson has swapped the intimate interiors that made him famous for urban landscapes that are both grandiose and disturbing. The action seems to be multiplied by several focal points and ambiguous scenes: two coffins abandoned on the road while an empty stretcher waits on the lawn; a motorist immobilised by fallen traffic lights while a man stares at a baby's bottle; a homeless man facing a puddle of rose petals while idle youngsters hang around in front of a container. Every detail, street name or accessory casts an unexpected light on the palpable loneliness of the characters.

Motionless, lost, the protagonists of these ambitious compositions evoke the moths chosen for the exhibition's title. Gregory Crewdson explains that he chose the image of an eclipse of moths to evoke the phenomenon whereby the insects, drawn by the artificial lights of the city, cluster together and lose their bearings. A metaphor for our contemporary disorientation, these works subtly question the vulnerability of the human condition and the paradoxes of the American dream. Never didactic, they leave the viewer free to imagine the stories hidden beneath the surface and dream of other possibilities.

Born in 1962 in Brooklyn, New York, Crewdson is a graduate of SUNY Purchase and the Yale University School of Art, where he is now director of graduate studies in photography. His work has been widely exhibited and collected by museums including the Museum of Modern Art, New York, Metropolitan Museum of Art, New York, Brooklyn Museum, Whitney Museum of American Art, Los Angeles County Museum of Art, San Francisco Museum of Modern Art, and Smithsonian American Museum in Washington. In Europe, he has recently exhibited his work at the Centre for Contemporary Art in Toruń, Poland (2018), The Photographer's Gallery, London (2018) and FRAC Auvergne in Clermont Ferrand (2017). He has been represented by Galerie Templon since 2004 and this will be his fourth exhibition with the gallery in Paris.

An Eclipse of Moths 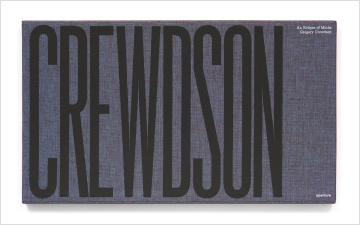 Gregory Crewdson: An Eclipse of Moths

Sign up to be among the first to know when new exhibitions by Gregory Crewdson or at Templon open.
Sign Up Login