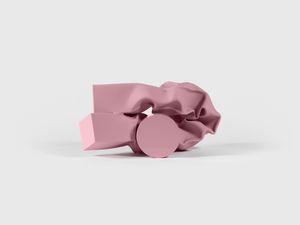 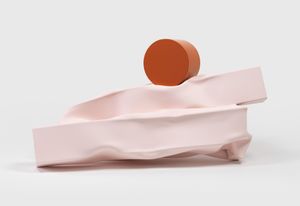 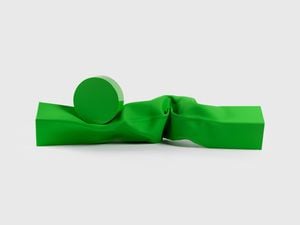 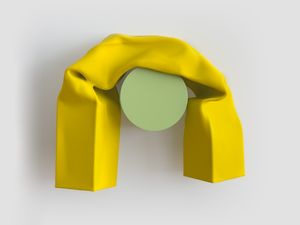 David Zwirner is pleased to present two concurrent exhibitions of new work by American artist Carol Bove (b. 1971) at its 537 West 20th Street and 34 East 69th Street locations in New York. These presentations coincide with her work being featured in The Facade Commission: Carol Bove, The séances aren't helping (on view through November 2021) at The Metropolitan Museum of Art, New York.

Known for works that incorporate found and constructed elements with a unique formal, technical, and conceptual inventiveness, Bove stands as one of the foremost contemporary artists working today; her work has consistently challenged and expanded the possibilities of formal abstraction.

On view at the gallery's West 20th Street space, features a group of seven large-scale, vertically oriented works in one of Bove's largest installations yet. Bove's new sculptures convey an apparent lightness that belies their materiality, and continue the artist's engagement with the limits of physicality and perception.

Working improvisationally at a monumental scale, Bove has constructed these sculptures by combining deftly manipulated and crushed steel tubing, painted vibrant red-orange, with leaning, bent sheets of salvaged hot-rolled steel. The individual works in the exhibition are unified, balanced compositions that relate to each other formally and chromatically, while together, they envelop the viewer in an immersive presentation that considers the phenomenological experience of form and the surrounding space.

The title of the exhibition, while deliberately ambiguous in meaning, is taken from the eponymous Orson Welles film of 1965 that centres on the complicated monumentality of Shakespeare's antihero Falstaff, who appears in multiple plays, and points to the sense of mystery and theatricality evoked by the installation itself. The film opens with a scene from Henry IV, in which Falstaff, played by Welles, speaks the line 'We have heard the chimes at midnight' in response to Justice Shallow's reminiscences of their shared past, simultaneously acknowledging memory and a melancholic awareness of mortality. The title of Bove's installation can be seen to hint at a nuanced sense of reckoning with the past combined with hopeful possibility—or the signalling of a turning point.

Concurrently on view at David Zwirner's uptown gallery on East 69th Street will be an exhibition of new, smaller 'collage sculptures,' as referred to by the artist, that engage in different registers of display and scale than the presentation in Chelsea. The uptown show functions as a kind of counterpoint to the emphasised monumentality and formality of the 20th Street exhibition in its intentionally improvisational presentation. Made from crushed and bent steel tubing, painted in colours ranging from muted lavender-gray to vibrant yellow, and combined with highly polished circular disks, these intimately scaled works are characterised by their formal horizontality, alternately resting on pedestals, Donald Judd tables, or installed directly on the wall. A new format for the artist, the wall-mounted sculptures again recall Judd, while playfully defying the geometric rigour of his wall boxes in the way in which they give the illusion of folding and drooping in response to gravity. The colourful, matte finishes of these sculptures render the steel effortlessly malleable, as if clay-like, and the folds and turns of steel of these works likewise operate in tension with their perceived lightness, confounding perception.

As the artist has noted, 'We think stainless steel is hard and strong, and I'm wondering if this is really the case. Is there a gentle and persistent way to act on it so that it will behave differently? Can it be tricked into showing a different side? Under what conditions is it soft and supple?... I also imagine a mirror effect on perception, where the material's plasticity acts on the imagination. What we know about the material is contradicted, so maybe our grip on reality should be a little lighter, too, enabling us to see what is in front of us rather than what we think we see.'1

Carol Bove was born in 1971 in Geneva, Switzerland, and raised in Berkeley, California, and studied at New York University. Between 2009 and 2013, she was a clinical associate professor of studio art in Steinhardt's Department of Art and Art Professions at NYU.

The artist's first major museum presentation was held at Kunstverein, Hamburg, in 2003. Venues that have hosted significant solo exhibitions include The Institute of Contemporary Art, Boston (2004); Kunsthalle Zürich (2004); Blanton Museum of Art, The University of Texas at Austin (2006); Tate St. Ives, England (2009); Palais de Tokyo, Paris (2010); The Common Guild, Glasgow (2013); and The Museum of Modern Art, New York (2013). In 2014, The Henry Moore Institute, Leeds, with Museion, Bolzano, Italy, and Museum Dhondt-Dhaenens, Deurle, Belgium, organized the exhibition Carol Bove/Carlo Scarpa. In 2019, Bove's work was shown alongside John Chamberlain's in a two-person presentation at the San Francisco Museum of Modern Art.

Bove's large-scale sculptures are often exhibited outdoors and in public spaces. In 2013, the artist created a series of works for the High Line in New York, and her sculpture (2015) was installed in City Hall Park in New York as part of a 2016 group exhibition organised by Public Art Fund. In 2017, the artist's sculptures were installed in the Betty and Edward Marcus Sculpture Park at Laguna Gloria, The Contemporary Austin. On view through November 2021 are four works by the artist installed in the facade niches of The Metropolitan Museum of Art, New York. Titled Carol Bove: The séances aren't helping, it is the second in a new series of site-specific commissions for the museum. Two of Bove's sculptures, The Bicycle (2016) and Will's Dog (2017), are currently on long-term view on the fifth-floor terrace of the Whitney Museum of American Art, New York.