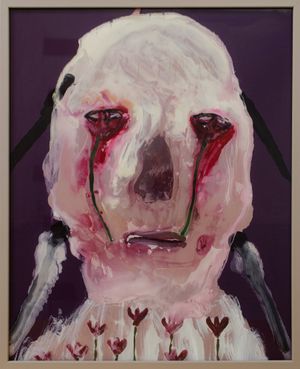 Hannah IrelandHold this for me, 2021Watercolour, ink and acrylic on glass with hand-painted frame
41.7 x 51.7 cm Jhana Millers Contact Gallery 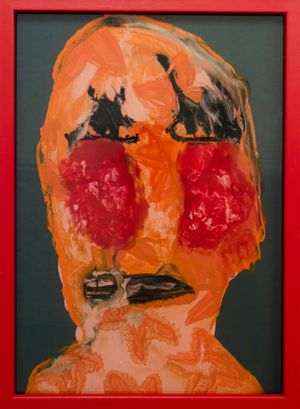 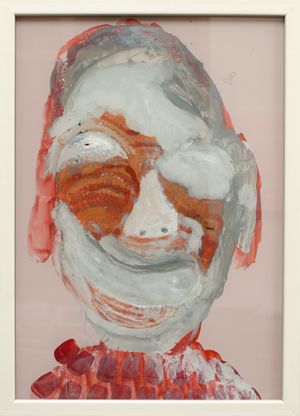 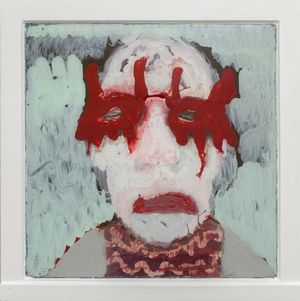 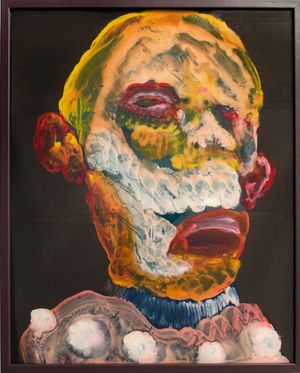 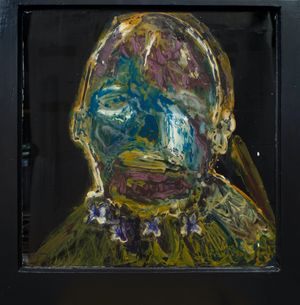 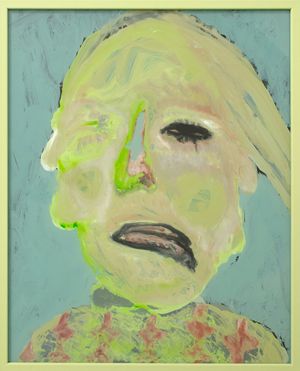 Hannah IrelandSomething about the way I felt when I woke up, 2021Watercolour, ink and acrylic on glass with hand-painted frame
41.7 x 51.7 cm Jhana Millers Contact Gallery 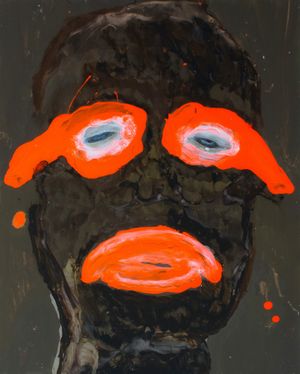 Hannah IrelandTell me about it, 2021Watercolour, ink and acrylic on glass with hand-painted frame
41.7 x 51.7 cm
Sold Jhana Millers 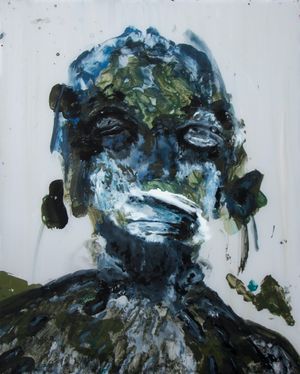 Hannah Ireland makes faces. As children, we liked making faces too. Although we were told to be careful with the habit, because, if the wind changed, the face would stick! As a cultural value not pulling faces is pretty boring. It doesn't seem to serve much of a purpose beyond encouraging decorum and conformity. What is interesting, however, is the idea that in transgressing this norm we risk invoking terrible consequences — that there's a serious cost to letting a cool face slip. In the world of this idiom, Ireland is the wind. Her painting and sculpture freeze the faces that have let loose their tight compositions and become something else, if just for a moment.

Ireland works on glass. She makes faces that emerge from watercolour washes and impasto smudges and smears. They're made to be viewed from the reverse — portraits declared in a half-turn. Several of the faces rebel against their supports, some are quiet and content, a few peer longingly out from the closed windows. Some do, in fact, stare from real window frames, taken from their original context and made into art objects

Within her portraits are the exaggerated flourishes of an eyelash, glasses, lipstick, tinted brows, the beads of a necklace, the patterns of a shirt. They are emotive — sad, hurt and confused or confident, aloof, questioning. Ireland's artworks consider how we construct, revise and reassemble our images to suit different needs, different contexts, different people.

Hannah Ireland is an emerging artist from Tāmaki Makaurau, Aotearoa (NZ) and is of Māori and Pakeha descent. She holds a Bachelor of Arts (Psychology) and a Bachelor of Fine Arts from the University of Auckland. Ireland recently won the Supreme award at the Molly Morpeth Canaday Awards in Whakatane and is a finalist in the inaugural King Tūheitia Portraiture Award at the New Zealand Portrait Gallery.

Stuck in the mud

Sign up to be among the first to know when new exhibitions by Hannah Ireland or at Jhana Millers open.
Sign Up