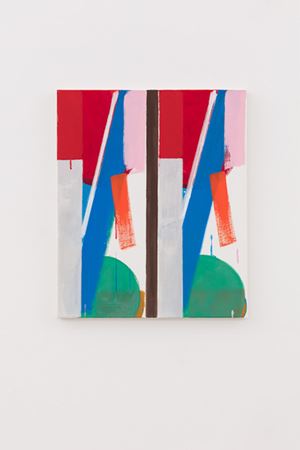 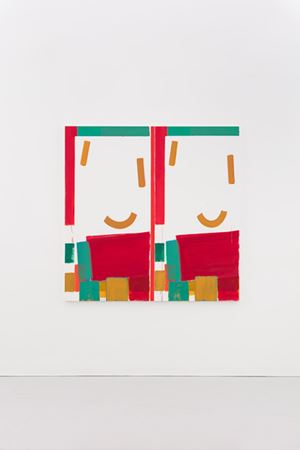 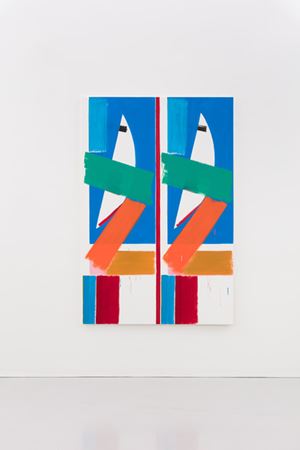 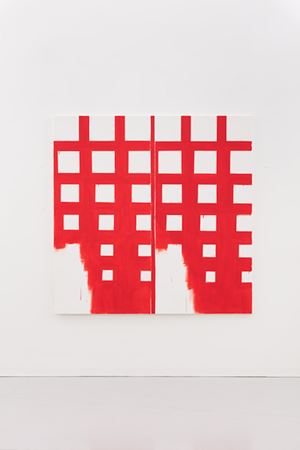 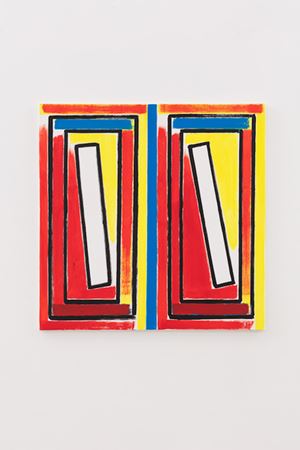 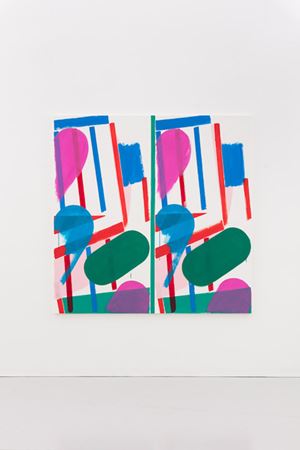 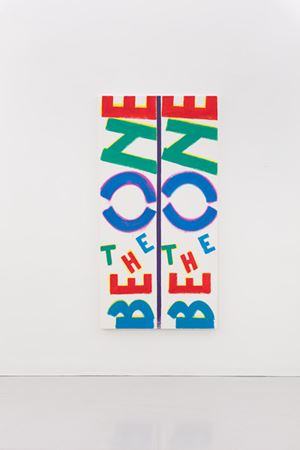 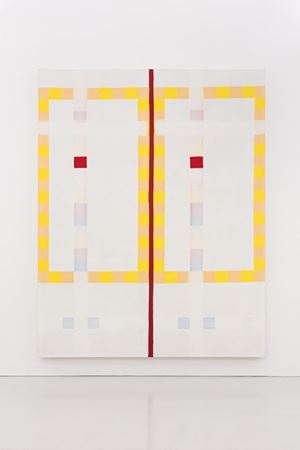 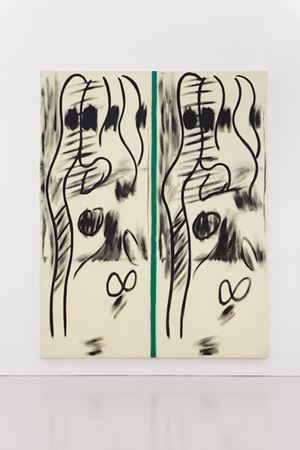 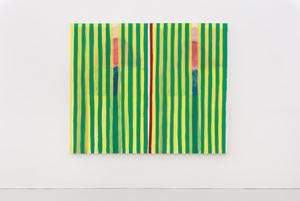 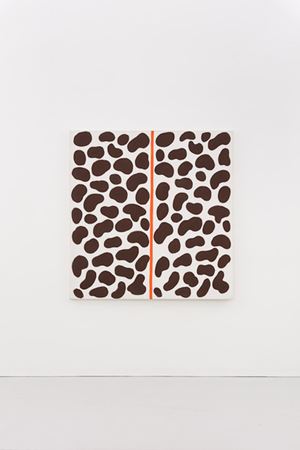 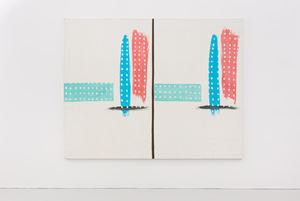 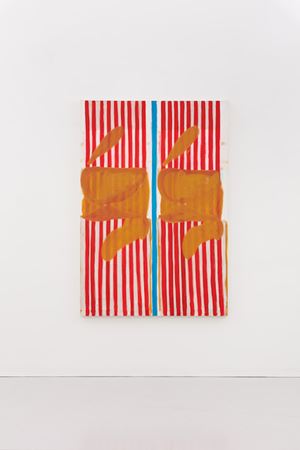 We are delighted to announce a solo presentation of paintings by Bernard Piffaretti at Frieze London. The exhibition will endeavour to highlight Piffaretti's consistent methodology. Since 1986 he has committed his practice to the 'duplication method' abstract paintings that appear to be two identical halves, split through the vertical axis. Closer inspection reveals moments of differentiation: the inclination of the brushstrokes, the number of drips, the weight of the hue. In the first few days of the fair we will present paintings from the 80s and 90s followed by recent paintings over the weekend. 'The duplication clouds the origin of the time of the work. All supremacy is abolished, and that is the subject of my painting'.

While the duplication method is a statement of conceptual rigour, it also draws attention to the gestural qualities of the paintings; the matching sides encourage us to examine the subtle nuances between the two halves. The paintings often have a vertical spine, hiding in plain sight down the centre of the canvas. Piffaretti calls attention to this spine by shifting its tone or hue in a direction that skews the palette established in rest of the painting. He not only uses the technique as a compositional tool but also as an instrument to trigger action; the colours, shapes and lines subsequently move, repeat and rotate on the canvas. Furthermore, the system allows him to exhibit the simple yet essential principles of painting. However, the paintings must always be understood as elements of a whole. One side does not attempt to copy or imitate the other, rather establishes the notions of temporality, of abstraction and of the act of looking. 'The painting will in the end never represent anything, it will present painting, it will represent itself in its intimacy and its difference' (Bernard Piffaretti, 1998).