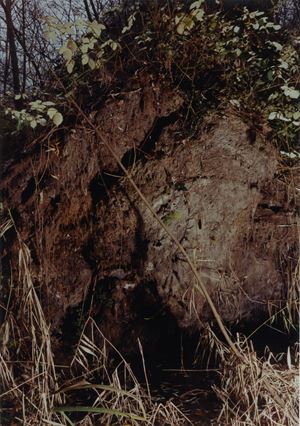 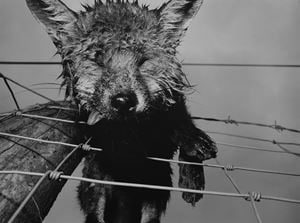 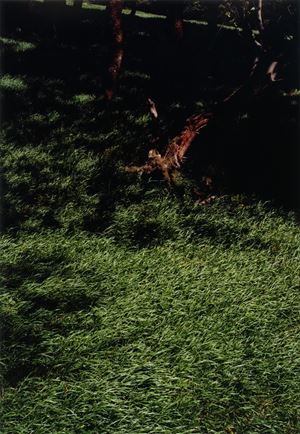 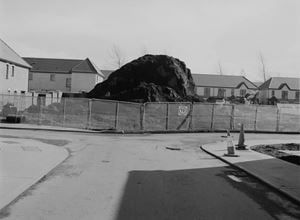 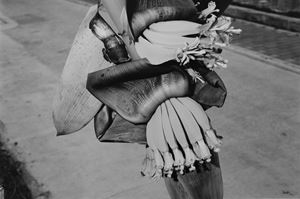 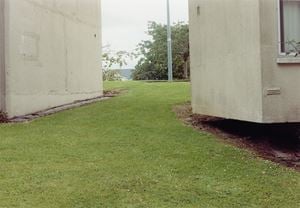 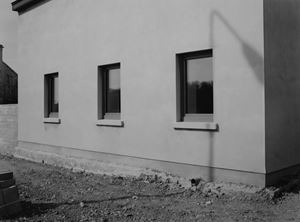 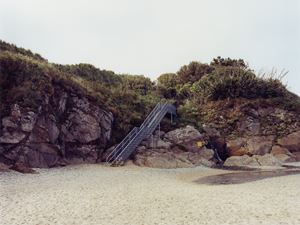 Cunnane's new work deals in large part with the idea of the outskirt, what Brian Dillon refers to as 'messy peripheries, the obscure edges of distinct places, sidelong glances instead of vivid or picturesque vistas'. The work for the most part has been made in the west of Ireland where Cunnane has used the backdrop of pebbledash, incessant damp, exotic invasive species and an ominous tone of an environmental threat to depict a world where the empty spaces on the fringes are overlooked, abandoned and increasingly contested. This idea of the outskirt is not just meant in the physical sense, such as the outskirt of a town or city, the outskirt of an economic or administrative zone but also the outskirt of our vision and consciousness. Cunnane's photographs deal with what is on the periphery of our vision, the blind spot towards our surroundings and disconnect with the environment, and the existential unease that arises from such a blind spot.

Many of the works use cinematic techniques, be it framing, lighting or even particular ratios as a way of exploring this idea of the 'landscape' as pre-existing imagery in our minds inherited and projected upon the exterior world. Cunnane's work uses analogue photographic techniques, printed by the artist. Cunnane remains highly connected to the physicality of the production process; in no small part influenced by the increasingly dematerialised nature of contemporary image making and dissemination.

In 2012, Cunnane worked in the Maysles Documentary Centre in New York, spending time alongside its founder, the celebrated American filmmaker Albert Maysles, to hand print his collection of documentary photographs.

Sign up to be among the first to know when new exhibitions by Samuel Laurence Cunnane or at Kerlin Gallery open.
Sign UpLogin