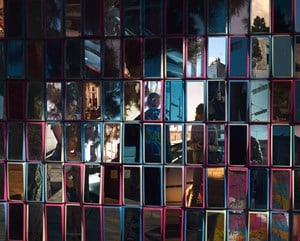 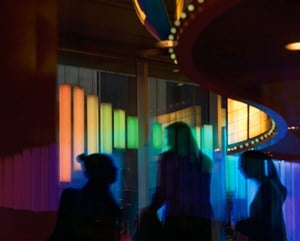 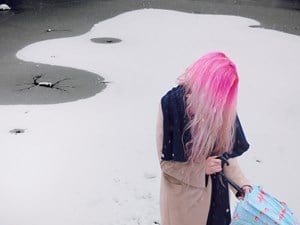 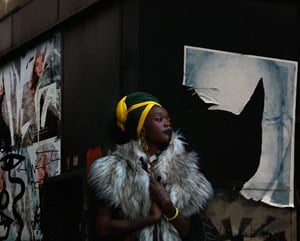 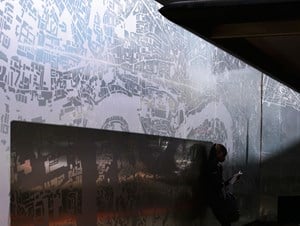 Maureen Paley is pleased to present the seventh solo exhibition by Hannah Starkey at the gallery.

Refining her practice over nearly 20 years within the realm of photographic portraiture and the representation of women, Starkey's most recent work finds her camera trained on the individual situated within the facades of the city environment. Translating moments of private reflection and social interaction photographs utilize an almost cinematic language to relay the personal relationships between her subjects and their worlds.

Starkey’s interest in street photography and it’s ability to portray society within an art-historical and documentary context can be traced back to the concept of the flâneur - or more specifically to an understanding of the flâneuse. Female authors writing in the such as Frances Trollope or George Sand aimed to portray women who actively sought economic independence, political ambition, and gender fluidity by using the genre of the panorama.

Recent texts by Lauren Elkin and Dana Goldstein have looked back to the lives and writing of Trollope and Sand and considered what happens when women became the flâneurs. The lives they led and the characters they created including women in the work place, educated and salon hosts can be seen as flâneuses - women who embody a feminist alternative to the male-driven tradition.

Hannah Starkey was invited to curate a room in History Is Now: 7 Artists Take on Britain, Hayward Gallery, London, UK and in 2014 she selected works for Magnum: One Archive, Three Views | BPB14, Part of Brighton Photo Biennale 2014, De La Warr Pavilion, Bexhill on Sea, UK. Her work was recently included in Adventures of the Black Square: Abstract Art and Society 1915 – 2015, Whitechapel Gallery, London, 2015; The Faraway Nearby, F.E McWilliam Gallery, County Down, Northern Ireland, 2014; Northern Ireland: 30 Years of Photography, Belfast Exposed and The MAC, Belfast, Northern Ireland, 2013; Borrowed Memories: A selection of works from the Collection of the Irish Museum of Modern Art, Luan Gallery, Athlone, Ireland, and Out Of Focus: Photography, Saatchi Gallery, London in 2012. Recent solo shows include In the Company of Mothers, Tanya Bonakdar Gallery, New York USA, 2013 and Hannah Starkey: Twenty-Nine Pictures, Mead Gallery, Warwick Arts Centre, Coventry, UK and at Ormeau Baths Gallery, Belfast, UK, both 2011. Hannah Starkey’s photographs are represented in the collections of the Centraal Museum in Utrecht, Huis Marseille Museum for Photography in Amsterdam, Irish Museum of Modern Art in Dublin, Museo d’Arte Contemporanea Castello di Rivoli in Turin, Italy, Seattle Art Museum, Tate in London and Victoria & Albert Museum in London. Starkey was born in Belfast in 1971 and she lives and works in London. 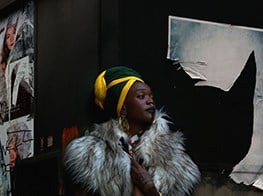 Women from a plethora of backgrounds and generations feature in the photographic work of Hannah Starkey. What unites them? A considered, unfaltering look at the nature of female life and the woman as a lone subject. This week, Starkey returned to Maureen Paley, for her seventh solo exhibition at the East London gallery. Can you tell us a... 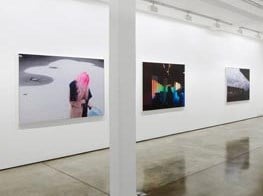 Belfast-born photographer Hannah Starkey’s images are poised between documentary and cinematic fiction (her American counterpart Philip-Lorca diCorcia springs to mind). For her latest (and seventh) solo exhibition at Maureen Paley, London, the artist doesn’t deviate far from her formula with a collection of predominantly new photographs...

Sign up to be among the first to know when new exhibitions by Hannah Starkey or at Maureen Paley open.
Sign Up