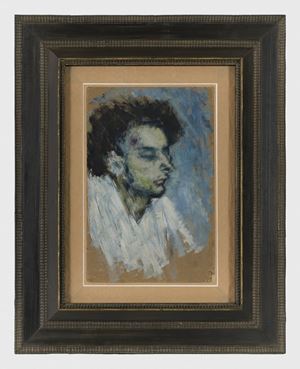 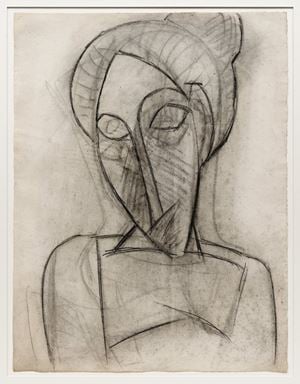 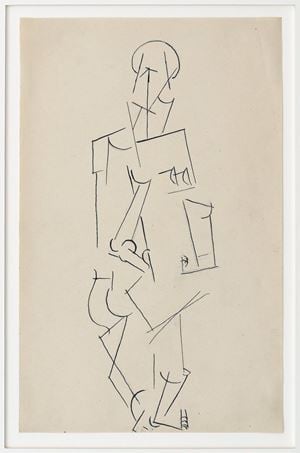 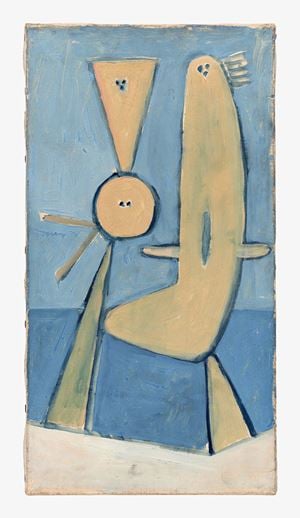 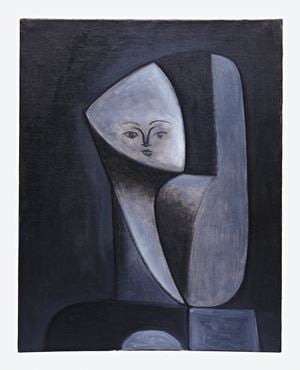 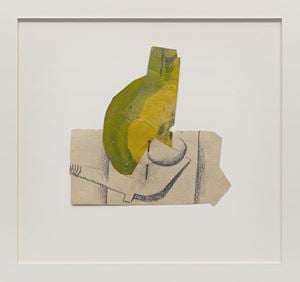 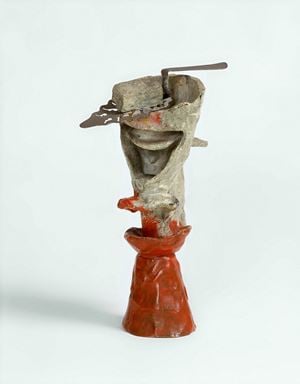 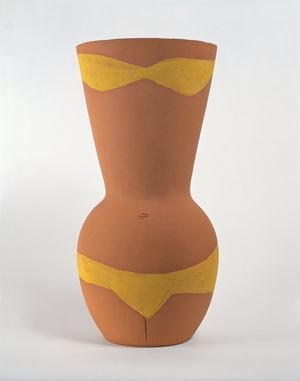 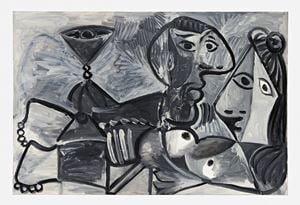 Palo Alto, September 26, 2019-In celebration of Pace's fifth anniversary in Palo Alto, the gallery is pleased to present a chronological survey of Pablo Picasso. The first ever Picasso exhibit in the city, Seeing Picasso: Maker of the Modern focuses on the artist's many innovations and protean practice. Ceaselessly creating art for over seven decades, Picasso shattered artistic conventions in the pursuit of revolutionary styles and formal strategies. This exhibition, spanning the late 1890s to the early 1970s, highlights Picasso's key breakthrough moments, which catalysed a number of artistic movements and styles of the modern era. It showcases over thirty-five masterpieces in a range of media-paintings, works on paper, sculptures, and ceramics-from each stage of Picasso's highly prolific career, including his early Blue Period, reinterpretations of African and Oceanic forms, groundbreaking invention of Cubism, and experimentation with Surrealism and early Neo-Expressionism. Seeing Picasso: Maker of the Modern reveals that Picasso-perhaps more than any artist-not only channelled the zeitgeist of the 20th century but also significantly altered the course of modern art.

Organised in close collaboration with the Fundación Almine y Bernard Ruiz Picasso para el Arte with support from Almine Rech Gallery, New York, Seeing Picasso is the first monographic exhibition on the artist to be presented in the Bay Area in nearly a decade and marks the eighth Pace Gallery exhibition devoted to his work. It will be on view from November 2, 2019 to February 16, 2020.

Seeing Picasso begins with some of the artist's first works, such as Le Fou (1905) and The Dead Casagemas (1901), a notable Blue Period portrait of the artist's closest friend. Picasso made these early paintings at the turn of the century while in Barcelona, Madrid, and Paris, places of radical thinking that espoused unconventional lifestyles and new ways of seeing the world. These early melancholic portrayals of outcasts, bohemians, and the everyday convey a young, rebellious Picasso's incipient disdain for mainstream society and the elevated subject matter of most fine art. His daring grew in subsequent works such as Head and Shoulders of a Woman (1907), in which he used the forms of African masks and ancient Iberian objects to break with European modes of painting. Such stylistic experimentation, combined with a flattening of pictorial space and splintering of volumes into multiple facets, signalled his progression towards Analytic Cubism, which he began developing with Georges Braque in 1907.

As seen in this exhibition's drawings, including Standing Woman (1912), Analytic Cubism radically dismantled one point perspective-the illusory depth that had dominated painting since the Renaissance. Picasso's break from this visual construct amounted to a momentous repudiation of increasingly antiquated notions of knowledge, order, and subjectivity, which were soon thrown into evident crisis by the century's two world wars. 'The world today doesn't make sense, so why should I paint pictures that do?' Picasso asked. Having rejected the longstanding imperative to paint with verisimilitude, Picasso went on to create works-several of which are included in this show, for example, Couple on the Beach (1928), Head of a Woman (1946), and Woman with a Flower (1932)-that dramatically distorted and schematised the human form, propelling modern art towards total abstraction.

This exhibition also features examples of the artist's groundbreaking collages and papiers collés, incorporating found materials (newspaper print, rope, oil cloth, etc.) deemed extraneous to the fine arts until Picasso employed them in the 1910s. In this phase of his oeuvre, known as Synthetic Cubism, Picasso demonstrated how certain conventional forms within art functioned as signs whose meanings were neither inherent nor mimetic, but rather dependent on their relationships to other forms within a given representation. Picasso reached this syntactical understanding of art by studying the structural logic of African masks. He simultaneously reinvented the possibilities of sculpture. By including haptic, volumetric elements, his collages blurred the line between sculpture and the mediums of painting and drawing. In Glass of Absinthe (1914)-another seminal work included in this exhibition-Picasso further collapsed these categories with an unorthodox application of paint to the sculpture's bronze surface. These experiments anticipated the intermedial condition of postwar art, including Neo-Dada and Minimalism. Picasso's prescient consideration of the interplay between art and mass manufacturing would evolve into a new mode of production in the 1960s, when an incipient consumer culture inspired him to create large editions of ceramics such as Bikini Vase (1961).

Seeing Picasso concludes with the artist's late works, such as Couple with Cup (1969) and Head of Man (1971), which reveal Picasso's continual dialogue with Surrealism, as seen in these paintings' unnaturalistic hues, distorted proportions, and focus on desire. Many of these works portray Picasso's muses his wives and lovers-who were vital to his artistic development throughout his entire lifetime. The tumult of his two marriages and multiple affairs fuelled his practice, pushing him to experiment with form and colour in a sustained effort to capture the psychological complexity of the important women in his life. During the exceptionally prolific sunset of his career, Picasso was especially uninhibited, painting in bold, animated brushstrokes that privileged communicating emotion over representing the human figure with any sort of naturalistic accuracy. This radically loose mode of painting, together with Picasso's citations of Old Masters and interest in themes of virility and fecundity, presaged a consequential movement of contemporary art, the Neo-Expressionism of the 1980s.

This exhibition features a digital audio-visual tour led by Alexander Nemerov, Carl and Marilynn Thoma Provostial Professor in the Arts and Humanities as well as Chair of the Department of Art and Art History at Stanford University. Nemerov's poetic approach to Picasso's oeuvre weaves an evocative and emotional map of Seeing Picasso through his mind's eye and the lens of our collective memories of the monumental changes and innovations that came to define the 20th Century.

Seeing Picasso: Maker of the Modern is accompanied by a fully illustrated exhibition catalogue featuring the series of ekphrastic prose-poems by Alex Nemerov presented in the audio guide.

Pablo Picasso (b. 1881, Málaga, Spain; d. 1973, Mougins, France) was one of the most influential artists of the 20th century, inventing Cubism and collage, among other achievements. Though Spanish, Picasso worked mainly in France, where he frequented the luminaries of his age, from Gertrude Stein and Jean Cocteau to Guillaume Apollinaire and Paul Éluard. After his Blue and Rose periods, Picasso created Les Demoiselles d'Avignon, often viewed as the first modernist painting due to its radical compression of space, splaying of volumes, deliberate stylistic disjuncture, and unsettling themes of carnality and death. With the close collaboration of Georges Braque, Picasso developed Cubism, one of the most seminal styles of modern art. His monumental painting, Guernica, is yet another masterpiece, a rare political statement within the artist's oeuvre, condemning the brutality of the Spanish Civil War.

Seeing Picasso: Maker of the Modern

Sign up to be among the first to know when new exhibitions by Pablo Picasso or at Pace Gallery open.