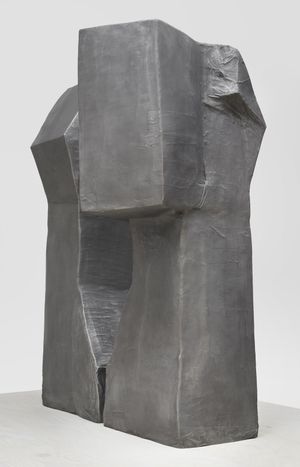 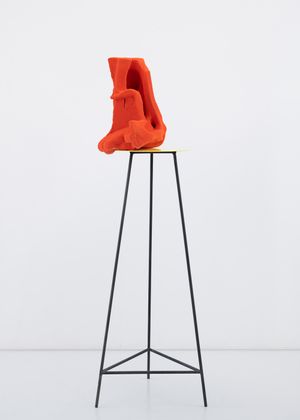 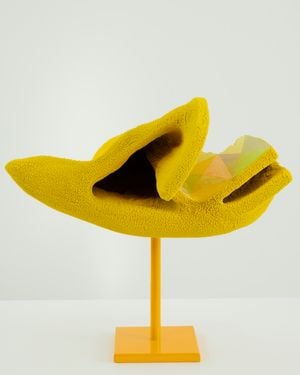 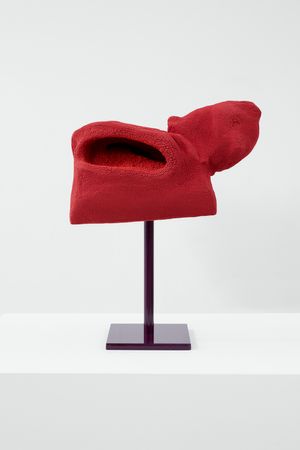 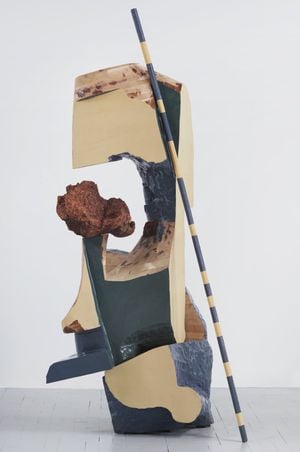 Palo Alto — Pace Gallery is pleased to present Together: Pacific Time, the debut show by New York-based sculptor Arlene Shechet in Palo Alto. Featuring more than a dozen brilliantly coloured ceramic and steel sculptures created by the artist at her studio in the Hudson Valley during the recent period of quarantine, this exhibition demonstrates Shechet's deep exploration of the power of colour during a time of extraordinary upheaval. These sculptures show Shechet—who views colour as a lifeforce—creating a livening pulse of highly saturated and tactile works: art as a source of renewed joy and inspiration. Together: Pacific Time comes on the heels of Together, Shechet's solo show at Pace's East Hampton gallery last August, and will be on view from March 11—May 1, 2021.

Building upon the unique and technically demanding glazing methods the artist employed for her New York City solo exhibition Skirts at Pace in 2020, Shechet continues to push technical boundaries in this body of work. Sculptures with densely textured surfaces, intimately scaled, are paired with coloured steel supports, their evocative forms asking to be examined from multiple angles while promising hidden treasures to be revealed. Painted a bright, acidic yellow, the central gallery's walls tie the artist's running theme of the redemptive power of colour throughout the entire space, offering an immersive experience for the viewer.

Using a naming system that alludes to the medieval Book of Hours, the works' titles reflect the marking of time during their creation. Though titled to reflect the passage of time, these sculptures also harness the viewer to the present moment through their seductively vibrant and chromatically rich nature. Highlights from the series include Together: Pacific Time: 1 a.m. (2021), comprising red steel and a violet-hued ceramic body that morphs from one angular side to a hollow arching structure as the viewer moves around it. In Together: Pacific Time: 5 a.m. (2021), an orange form drapes over the lemon yellow steel, while a luscious drip of glaze, frozen in the moment of its creation, pours from the central cavity of the artwork. The painted and powder-coated supports of the works on view are essential to the pieces, expanding beyond a structural role and serving as a further reflection of Shechet's merging of colour and form.

Presented as a garden of sculptures, the exhibition also features larger works such as Under the Cherry Tree There are No Strangers and Iron Twins, both from 2020.

In conjunction with this exhibition, Pace is releasing a new, fully illustrated catalogue of Shechet's multidisciplinary practice, featuring an essay by scholar Rachel Silveri and conversations between the artist and art critic Deborah Solomon and Pace's Associate Curatorial Director Michaela Mohrmann.

Concurrently, Shechet's sculpture Tall Feather (2017—2018) is on view as part of the Poydras Corridor Sculpture Exhibition in New Orleans presented by The Helis Foundation. The work previously debuted at Madison Square Park in New York as part of the artist's exhibition Full Steam Ahead (2018—2019). Shechet has forthcoming projects with the Stuart Collection at UC San Diego, the Harvard Art Museums, and The Drawing Center in New York City later this year.

Arlene Shechet is a multidisciplinary sculptor living and working in New York City and the Hudson Valley. A major, critically acclaimed survey of her work, All At Once, took place at The Institute of Contemporary Art, Boston, in 2015. Her work also includes historical museum installations, such as Porcelain, No Simple Matter: Arlene Shechet and the Arnhold Collection at The Frick Collection, New York (2016) and From Here On Now at The Phillips Collection, Washington, D.C., (2016). She has additionally created ambitious, large-scale public projects such as Full Steam Ahead (2018) at Madison Square Park in New York and received numerous awards, including a John S. Guggenheim Foundation Fellowship Award (2004), the Joan Mitchell Painters and Sculptors Grant (2010), and the 2016 CAA Artist Award for Distinguished Body of Work. Her work is held in many distinguished public collections, including the Brooklyn Museum, New York; CCS Bard Hessel Museum, Annandale-on-Hudson, New York; The Centre Pompidou, Paris; The Jewish Museum, New York; Los Angeles County Museum of Art; The Metropolitan Museum of Art, New York; National Gallery of Art, Washington, D.C.; Walker Art Center, Minneapolis; and Whitney Museum of American Art, New York, among others.

Sign up to be among the first to know when new exhibitions by Arlene Shechet or at Pace Gallery open.
Sign Up