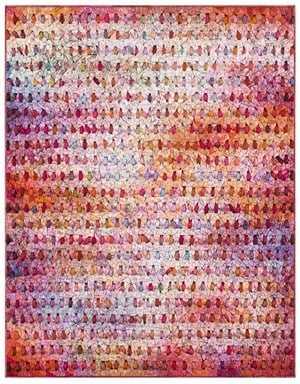 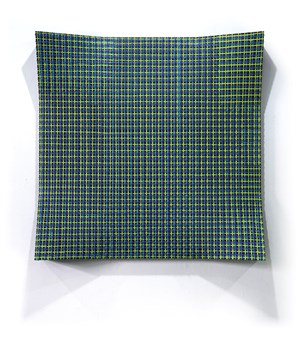 When material comes to the forefront, it reveals an ever immediate, direct, and intimate relationship between object and artist, while concealed within is a long-standing enquiry into human nature and unforgettable experiences of history that still hold their effects in the present day. As a reaction against the grand narrative of Modernism, contemporary art since the 1990s has focused on the ‘small' or microscopic, the everyday, and the sphere of personal experiences, whereas objects or materials have played an intermediary role, rooted in reality and connected to the vision of freedom and imagination. A panoramic view of time emerges from the ‘smallness’ of materials.

Pino Pinelli’s works explore the essence of painting through an innovative use of materials developed through formal experiments. After moving to Milan in 1963, where he was greatly influenced by Lucio Fontana and the ZERO group of artists, in an attempt to rewrite the syntax of his painting, Pinelli developed his ‘Dissemination’ series in the mid- 1970s, which exemplifies his perspective on how to continue painting without canvas. Usually in pairs, trios, or a collective, the elements are composed of materials such as flannel and integrate the wall into the works. Pinelli sees the disseminating fragments as pieces that ‘launch into space and into the infinite’, showing tactile physicality and the visual beauty of colours. Pinelli often uses red, yellow, and blue as fundamental colours in his works. For him, colour is light and the act of painting is catching light or following the reverberating rhythm of colour.

While Pinelli uses materials to break away from the tradition of painting on canvas and the tendencies of the expressionistic post-war movements of the ’50s and ’60s, Chun Kwang Young has found his own way of ‘renewing’ Abstract Expressionism after a long journey. For him, materials are loaded with meaning, feeling, and history. The surface of Chun’s ongoing series ‘Aggregation’ is constructed from Styrofoam blocks cut into triangular wedges, wrapped with Korean mulberry paper and tied with twirled paper string. Inspired by his early memories of being taken to a doctor who practiced Chinese medicine and the sight of hanging packages of mulberry paper from the ceiling, each with a name card of the medicine wrapped inside, Chun regards each of the triangular cells that compose his works as a unit of information. As stated by the artist, ‘Each triangular package, covered with Korean and Chinese characters, [are] made from old documents of differing ages and ideas.’ By attaching these wrapped triangles onto a two-dimensional surface, Chun communicates with the history of human life and reflects on the chaotic nature of modern life.

Nigerian-British artist Yinka Shonibare MBE, who describes himself as a ‘post-colonial’ hybrid, sees identity as fluid and never fixed. This is demonstrated by his use of brightly coloured Dutch wax fabric, which he buys at Brixton Market in London. The fabric was inspired by Indonesian design, mass-produced by the Dutch, and eventually sold to the colonies in West Africa, where in the 1960s the material became a new sign of African identity and independence. Shonibare uses the historical potency of this common but vibrantly attractive material to examine issues of identity, race, class, power, globalisation, migration, and instability.

Deeply immersed in Japanese Shinto tradition with the belief of spirituality of everything in nature, at the heart of Sayaka Ishizuka’s artistic practice lies a tacit sensitivity to the small, commonplace objects in which are embedded the stories and histories of lived cultures. Taking as her medium objects unremarkable in their ready availability or often-overlooked presence in daily life—rice, thread, chopsticks, and discarded household items—and paying heed to the social and cultural associations they carry, Ishizuka’s works subtly transform these items into leitmotifs for interconnectedness in the broader sphere of human existence.

Ren Ri works in the unique medium of beeswax, creating, in collaboration with the insects, mesmerising sculptures that document his intimate experience with bees as both an artist and a beekeeper. He manipulates the movement of bees and the formation of honeycombs to create metaphysical and hybrid sculptures, which investigate the force of nature and consequences of human intervention. As stated by the artist, “The duality of interactions between the human body and the bees is not simply in the physical sense; more importantly it hints at an interrelated force and its counterforce.”

Chen Yufan is inspired by Daoist and Zen Buddhist philosophies, which he turns into a personal interpretation and meditation through a repetitive process of incorporating dots, regular lines and pure colours. Throw it in the Air is a painting installation that utilises the randomness of chance. Fragments of ceramic tiles are remoulded and regrouped in red copper in his works, imbuing his abstraction with both poetic mysteriousness and objecthood that connects to the cyclical life of materials.

Playing a vital role in stimulating international dialogue on Chinese and Asian contemporary art, the Galleries is dedicated to championing artists who re-evaluate and challenge perceptions of cultural practice from the region. The Galleries in Hong Kong, Shanghai, and Singapore collaborate with renowned curators, each presenting distinct programming from major solo exhibitions, special projects, and installations to conceptually rigorous group shows. Based on the philosophy of Chinese Literati where art forms have no hierarchy, Pearl Lam Galleries is dedicated to breaking down boundaries between different disciplines, with a unique gallery model committed to encouraging cross-cultural exchange.

Be among the first to know when new artworks and exhibitions at Pearl Lam Galleries are added to Ocula.
Sign Up