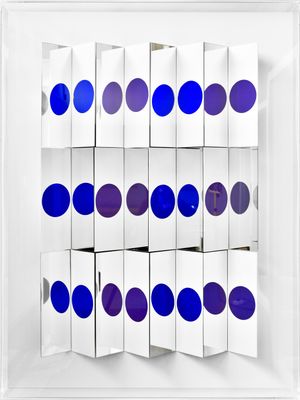 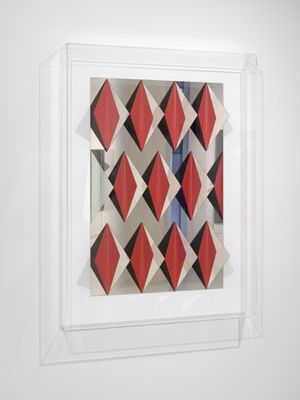 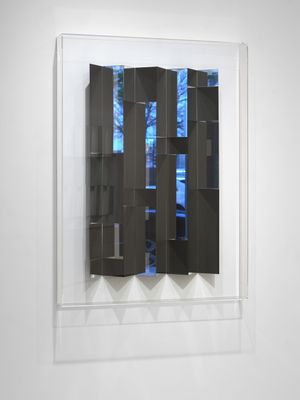 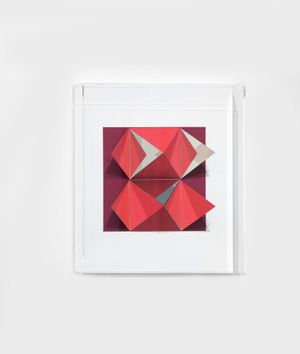 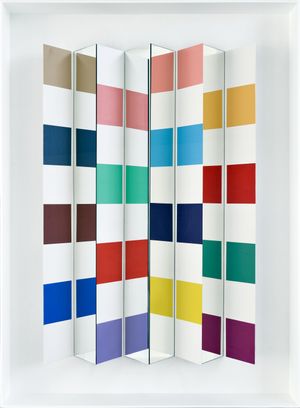 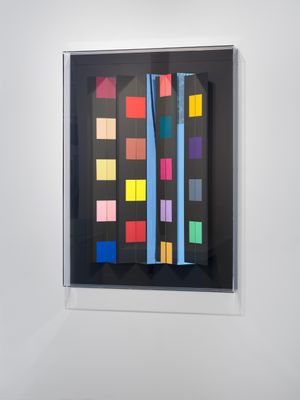 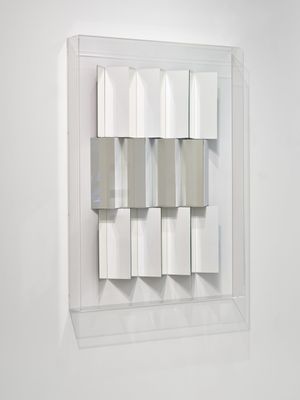 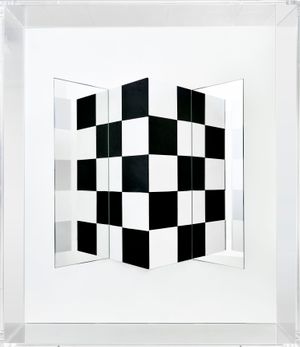 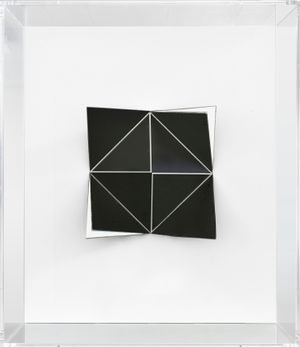 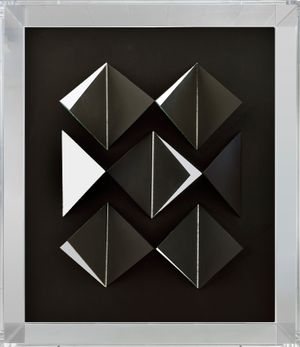 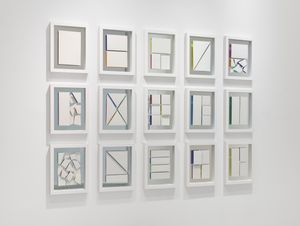 SETAREH presents new works by the artist Christian Megert. Born in Bern in 1936 he has been working in Düsseldorf since the 1970s. In addition to the latest mirror objects, the exhibition provides an insight into Megert's early work with a series of informal and monochrome structural paintings from the 1950s and early mirror pieces from the 1960s, covering a broad span of the oeuvre of one of the most important international representatives of Light Art and Kinetic Art and co-founder of the Zero movement.

In his search for new pictorial forms, Christian Megert experimented from the mid-1950s onwards with painterly sculptural practices, using relief-like forms, lines and grids to create structural reflexes of the incoming light on bright colour surfaces. Consequently, Megert increasingly detached from this painterly approach and by the end of the 1950s was already developing pioneering ideas for the expansion of the inner pictorial space with the help of broken light through directly reflecting surfaces.

Since 1960 onwards, the mirror, as an industrially produced material (Readymade), is Megert's means of choice for doubling, changing, refracting and multiplying forms in order to generate the idea of a new space that could reach into infinity. As a companion of Lucio Fontana, with whom he met in Paris in the 1950s along with Jean Tinguely and Yves Klein, Christian Megert is the first artist who, with this consistency, sought to expand the traditional pictorial space into the 3rd dimension by means of light refraction and mirror effects. His mirror manifesto Ein Neuer Raum from 1961 is furthermore an appeal with the 'help of art to rethink everything possible'.

Sign up to be among the first to know when new exhibitions by Christian Megert or at SETAREH open.
Sign Up